Meghan and her mother are exceptionally close, with the Duchess of Sussex even describing Ms Ragland as her “best friend”. She is thought to have lent a hand to Meghan and Harry since they moved to California, and there were even reports that she had become an informal nanny to her grandson, Archie. Meghan does not share the same relationship with her father, and they have allegedly not had any kind of contact since she married Harry in May 2018.

However, the Duchess used to be the apple of her father’s eye, and they got along famously, even after Ms Ragland and Mr Markle divorced when she was just six years old.

Despite a 12-year age gap, Ms Ragland and Mr Markle were intensely happy when they first met.

The Duchess later revealed what she thought might have drawn her parents together in an essay which appeared in Elle.

She explained: “I like to think he was drawn to her sweet eyes and her afro, plus their shared love of antiques. 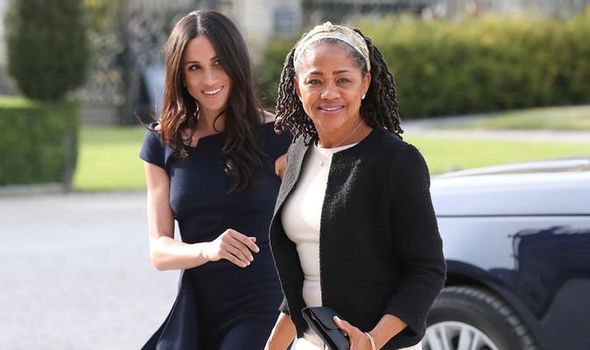 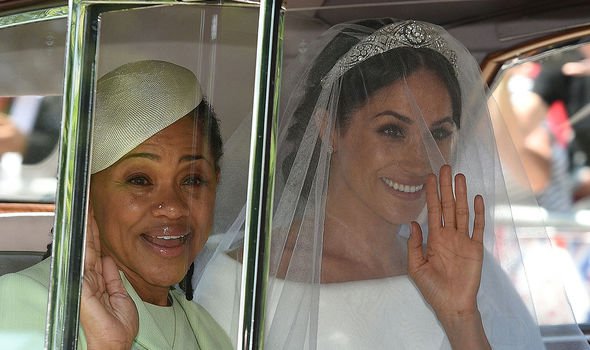 “Whatever it was, they married and had me.”

She also noted: “Growing up in a homogeneous community in Pennsylvania, the concept of marrying an African-American woman was not on the cards for my dad.”

“She, on the other hand, was slim and striking.”

Interestingly, Meghan’s sister Samantha later told The Sun that Meghan always had a “soft spot for gingers” alluding to her relationship with Harry. 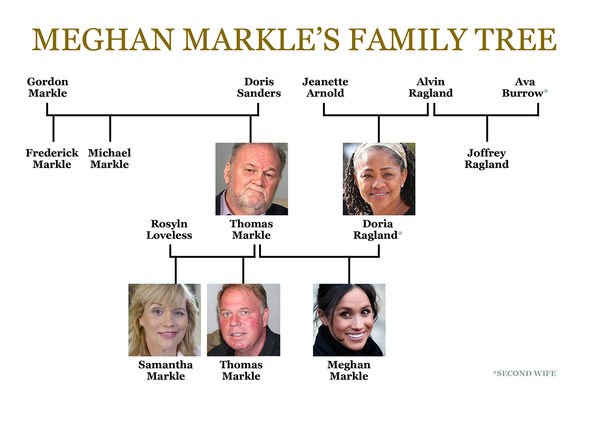 Meghan also wrote lovingly of her father in The Tig back in 2014.

She recalled “our club sandwich and fruit smoothie tradition post my tap and ballet class — classes, which by the way, he religiously took me to on Saturday mornings after working 75+ hours a week as a lighting director”.

She added that her father believed “in this grand dream of mine” to become an actress “before I could even see it as a possibility”.

Meghan’s parents met on the set of ABC’s daytime soap, General Hospital, where Ms Ragland was the trainee make-up artist and he was the lighting director. 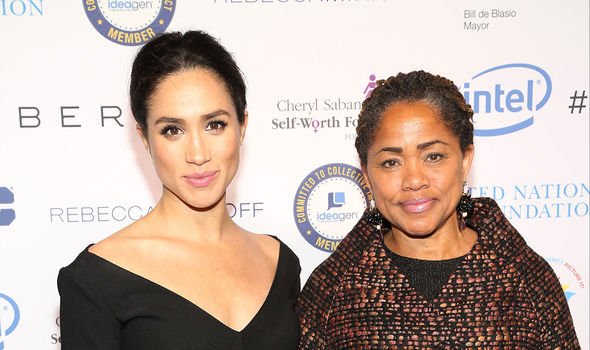 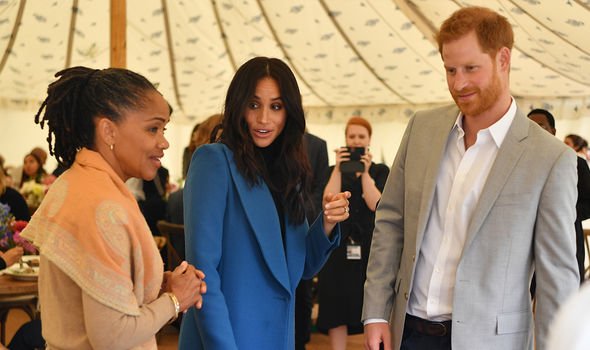 Mr Smith also described their wedding day, writing: “On her wedding day Doria wore a simple white dress with flowers in her hair, while the groom put on a sports jacket, shirt and tie and carried a bunch of orange blossoms.

“It was a lovely afternoon and Doria, surrounded by her family, looking like a teenager in love, sparkled with happiness.”

However, the newly-weds’ marriage began to falter when Ms Ragland struggled to get along with Mr Markle’s two children from his first marriage.

They divorced and agreed to joint custody, but Mr Smith claimed that the former couple did not actually continue to get along well.

He noted: “Like many parents, they made the best of it for the sake of their child.”

Even so, Meghan was “faced with the tricky dilemma” of maintaining a good relationship with both parents and seeing them regularly.

Meghan is expected to come face to face for the first time in years with her father next Autumn, when her High Court privacy case against Associated Newspapers goes to trial.

‘Meghan Misunderstood’ by Sean Smith was published by HarperCollins in 2020 and is available here.