The identity of the five friends of the Duchess of Sussex who spoke to US magazine People to defend her against the criticism she had been receiving may become public knowledge today. The High Court is to rule later this morning whether to keep secret the identities of five friends who gave an anonymous interview in early 2019. Their names are known to the court but have not yet been stated in the official reports of the ongoing legal case against Associated Newspapers.

In July, the Duchess of Sussex appealed to the court against exposing her friends in legal documents, claiming they have a “basic right to privacy”.

In a strongly-worded witness statement, Meghan said: “Associated Newspapers, the owner of The Daily Mail and the Mail on Sunday, is threatening to publish the names of five women – five private citizens – who made a choice on their own to speak anonymously with a US media outlet more than a year ago, to defend me from the bullying behaviour of Britain’s tabloid media.

“These five women are not on trial, and nor am I.

“The publisher of the Mail on Sunday is the one on trial. 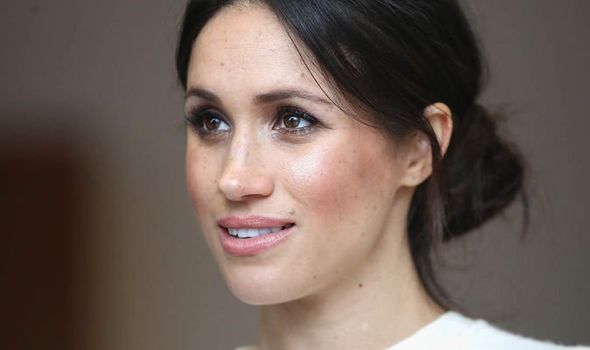 “It is this publisher that acted unlawfully and is attempting to evade accountability; to create a circus and distract from the point of this case – that the Mail on Sunday unlawfully published my private letter.

“Each of these women is a private citizen, young mother, and each has a basic right to privacy.

“Both the Mail on Sunday and the court system have their names on a confidential schedule, but for the Mail on Sunday to expose them in the public domain for no reason other than clickbait and commercial gain is vicious and poses a threat to their emotional and mental wellbeing.

“The Mail on Sunday is playing a media game with real lives.”

Meghan’s lawyers also told the High Court it would mark a “cruel irony” if the Duchess were required to give up the anonymity of her friends to pursue her own legal case.

Justin Rushbrooke QC, representing the Duchess, told the court: “To force the claimant, as the defendant urges this court to do, to disclose their identities to the public at this stage would be to exact an unacceptably high price for pursuing her claim for invasion of privacy against the defendant in respect of its disclosure of the letter.

“On her case, which will be tried in due course, the defendant has been guilty of a flagrant and unjustified intrusion into her private and family life.

“Given the close factual nexus between the letter and the events leading up to the defendant’s decision to publish its contents, it would be a cruel irony were she required to pay that price before her claim has even been determined.”

Meghan is suing Associated Newspapers, publisher of the Mail on Sunday, the Daily Mail and the MailOnline, after it published extracts from her private letter to her estranged father.

The Duchess is accusing the publisher of alleged misuse of private information, copyright infringement and breach of the Data Protection Act.

Lawyers representing Associated Newspapers are resisting the application to keep the identities of Meghan’s friends secret, saying these friends were the first to bring up the private letter she wrote to Mr Markle.

The interview to People magazine was published before the Mail on Sunday reported on its pages extracts of this private correspondence in February 2019.

The publisher’s lawyer, Antony White QC, said in a written submission to the court: “The friends are important potential witnesses on a key issue.

“Reporting these matters without referring to names would be a heavy curtailment of the media’s and the defendant’s entitlement to report this case and the public’s right to know about it.

“No friend’s oral evidence could be fully and properly reported because full reporting might identify her, especially as there has already been media speculation as to their identities.”

Moreover, Mr White said keeping the identities of these five people a secret would prevent Associated Newspapers from publishing their names but would not stop Meghan from revealing their identities outside of court to any other publication.