Home » Europe » Meghan Markle’s big decision ‘made by Ellen DeGeneres’: ‘Ellen told me to do it!’

Meghan Markle’s big decision ‘made by Ellen DeGeneres’: ‘Ellen told me to do it!’

Meghan decided to adopt her first dog, a labrador-shepherd mix called Bogart, after Ellen encouraged her to get it. The chat show host recently apologised after allegations surfaced of a toxic work culture on her programme resisted in an internal investigation. Nevertheless, the 18th series of her widely popular TV show The Ellen DeGeneres Show is now airing again.

Meghan and her husband Prince Harry recently moved to Montecito, where Ellen will be a neighbour, but this is not the first time she has rubbed shoulders with the celebrity – they first met at a dog adoption agency.

A big animal lover, Meghan has an adopt-not-shop philosophy when it comes to pets.

After she married her former husband Trevor Engelson, she decided she wanted a dog and the pair went to a pet adoption agency in Los Angeles.

There were two puppies ‒ a black one and a golden one ‒ who were just six weeks old and had just been rescued from being put down at a shelter. 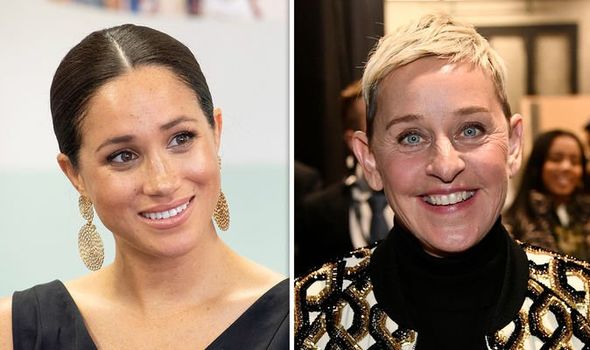 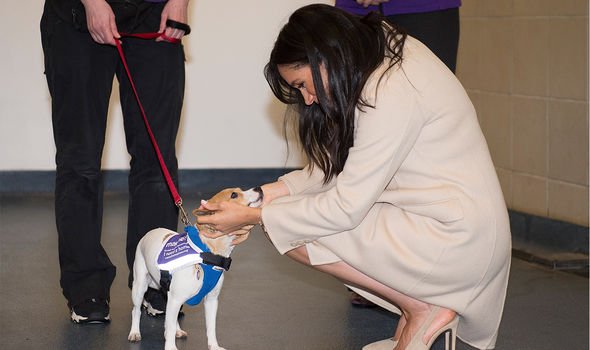 The black one was eventually adopted by David Branson Smith, who ironically is the son of Sally Bedell Smith, who has written biographies about Prince Harry’s parents Princess Diana and Prince Charles.

She told Best Health in 2016 how daytime talk show host Ellen DeGeneres persuaded her to adopt the golden puppy.

Meghan said: “I was in LA and I went to this dog rescue [shelter] and they had gotten him and his brother.

“So I saw him and I was sitting there with him and then Ellen DeGeneres and Portia de Rossi walk in. 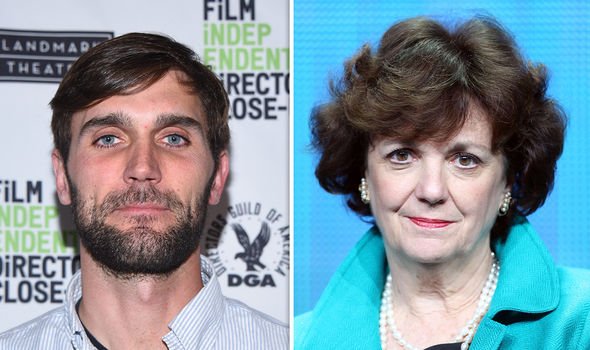 “It’s sort of like if Oprah tells you to do something.”

Then, she described how Ellen had still not given up trying to convince her.

Meghan continued: “I’m sitting there holding him and she’s like, ‘Have you thought of a name for him yet?’ and I said ‘well I think I’d name him Bogart’ and she’s like ‘you’re taking the dog home’. 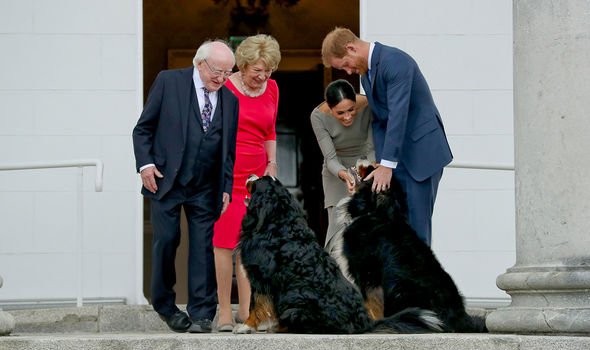 “And she walks outside to get into her car but instead of getting in she turns around and comes and taps on the window glass and she yells: ‘Take the dog!’

“And so I brought him home. Because Ellen told me to.”

Soon, pictures of Bogart were plastered all over Meghan’s social media accounts.

A while later, Meghan contacted Mr Smith to say she and Trevor had always wondered whether their dogs would recognise each other if they saw each other again.

They organised a reunion on a beach in Malibu.

According to Sally Bedell Smith, David’s dog Otto immediately jumped out of the car and ran towards Bogart.

The two dogs played together for over an hour, but they sadly never met up again.

Andrew Morton wrote in his 2018 book ‘Meghan: A Hollywood Princess’ how Ellen was the catalyst for Meghan to choose Bogart to take home.

He wrote: “She had talk show host and comedian Ellen DeGeneres and her wife Portia De Rossi to thank for the final decision.

“As Meghan was communing with the tiny pooch, Ellen tapped on the glass of the viewing area and yelled: ‘Take the dog!’”

Meghan later adopted another dog, a beagle named Guy, in 2015.

Sadly, Bogart was unable to move to the UK with Meghan; due to his old age, he was not able to make the journey.

However, Guy did accompany her and made himself right at home.