Meghan Markle to take on Brunei? Duchess will ‘NEVER’ stay at Sultan’s hotels

Before she joined the royal family, Meghan reportedly turned down a free stay at five-star hotel The Dorchester in London, which is owned by the Sultan. Meghan declined the offer in 2016 due to concerns over the regime. Last year, her former agent Gina Nelthorpe-Cowne said she would “never” stay at hotels connected with the Sultan.

Ms Nelthorpe-Cowne told the Daily Mail: “Meghan emailed to say she would never stay at the Dorchester, or any hotels they are involved with. We understood and of course agreed.”

Homosexuality was already illegal and punishable by up to 10 years in prison in the south-east Asian country of around 430,000 people, of which two-thirds are Muslim.

Celebrities including Meghan and Prince Harry’s friend George Clooney have spoken out against the new laws and demanded a boycott of Brunei-owned hotels. 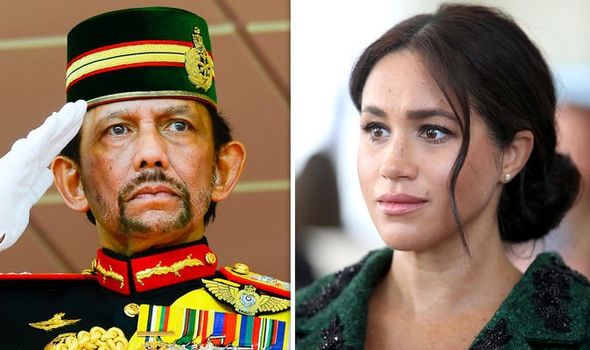 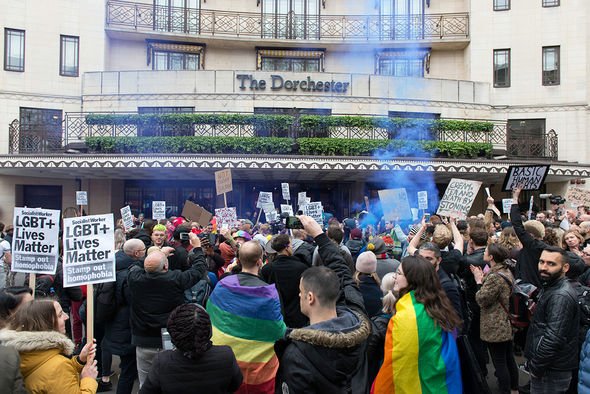 The actor said: “Every single time we stay at or take meetings at or dine at any of these nine hotels we are putting money directly into the pockets of men who choose to stone and whip to death their own citizens for being gay or accused of adultery.”

The Brunei Investment Company owns nine hotels in the US and Europe, including The Dorchester and Coworth Park in Berkshire, where Harry stayed the night before his royal wedding.

Protesters have been gathering outside The Dorchester in Park Lane as part of the movement against the Sultan’s hotels. 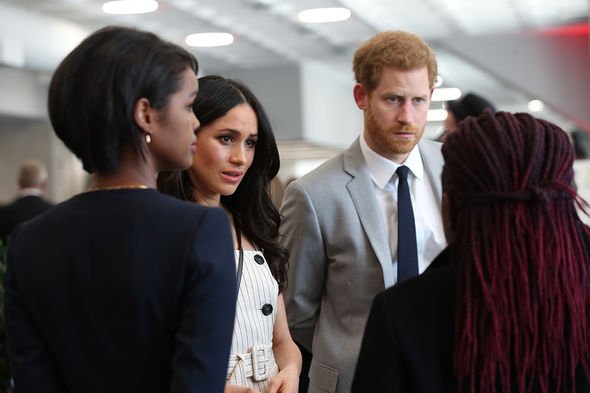 Human rights campaigner Peter Tatchell called for the royal family to “sever ties” with the oil-rich country while Labour MP Emily Thornberry said Brunei should be “chucked out” of the Commonwealth if the laws are not revoked.

Meghan and Harry spoke out in support of LGBT issues last year, with the former actress saying it was about “basic human rights”.