Meghan Markle and Prince Harry will soon become first time parents as the Duchess is just days away from giving birth. Meghan and Harry now live in the newly renovated Frogmore Cottage in Windsor, as they anticipate the arrival of their newborn. A new sign has just been erected on the northern area of Windsor’s Home Park where Frogmore Cottage is situated, banning drones from flying in the area.The sign reads in big bold letters: “Police flight safety notice: Drones prohibited in this area.

“Launching, landing or operating drones or remote controlled aircraft is prohibited in this area. Contrary to Article 95 of the Air Navigation Order 2006.”

On April 6, a drone pilot tried to fly his drone over Frogmore Cottage to take pictures of the royals’ new home, bypassing one of Heathrow’s busiest flight paths.

A photographer snapped the drone flying along The Long Walk, where Meghan and Harry took their carriage procession on their wedding day last year.

The drone flew an estimated 300 metres in the air, surpassing the legal limit of 121 metres in a controlled airspace. 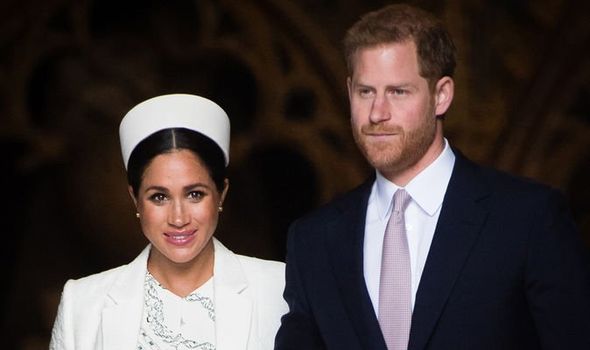 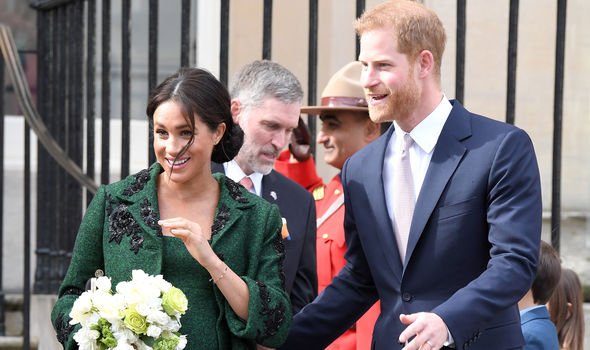 She is unlikely to give birth at Lindo Wing, unlike her sister-in-law Kate, the Duchess of Cambridge, who gave birth to all three of her children at St Mary’s hospital.

Meghan and Harry were on standby as the Duchess was due to give birth today.

The Duke of Sussex was all smiles as he mingled with volunteers, event organisers and participates at today’s London Marathon.

The prince did the honours of awarding the winners with their medals, and also posed for pictures with the victors.