Meghan and Prince Harry are no longer invited to friends’ dinner parties because of their refusal to follow etiquette rules, according to royal expert Stefanie Jones. The Duke and Duchess of Sussex are believed to have been shunned over their insistence to sit next to each at the dinner table despite dinner party etiquette demanding partners sit separately. Ms Jones also suggested the couple’s tendency to engage in public displays of affection (PDA) also contributed to the royals being banned from their social circle.

Commenting on the claims, broadcaster Caroline Frost, who has interviewed Meghan in the past, believes it is a demonstration of the “clash with the older, more traditional circles Prince Harry used to move in”.

Ms Frost told Express.co.uk: “This is just another example of Harry and Meghan wanting to do things their own way.

“They’re clearly devoted to each other and I think they both get a lot of strength from that partnership.

“Harry has talked for years about wanting a partner by his side and Meghan clearly depends on Harry, because he she’s moved to a new country, met new people, she has a new role. 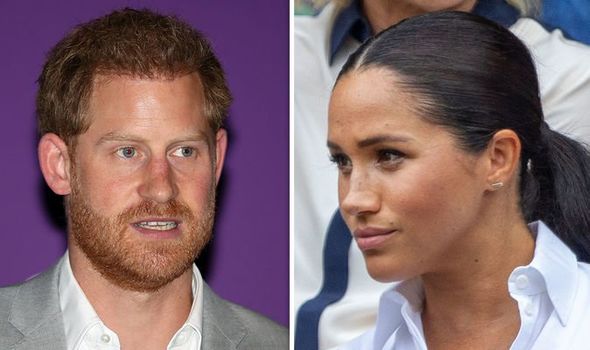 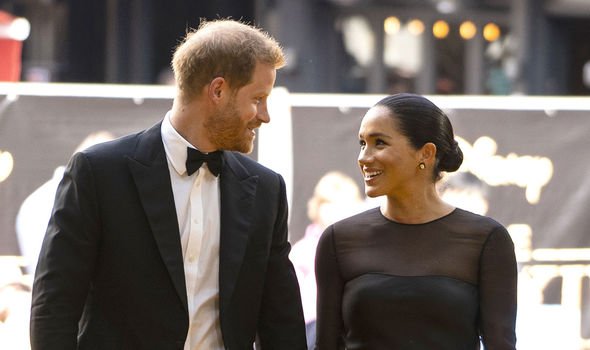 “So they both would have a reason to want to stay very close to each other.

“The fact that other people are frowning on this is just a demonstration of the clash between the older, more traditional circles that perhaps Harry used to move in, and bringing his American wife into those circles with his new habits.

“It’s almost inevitable that there were going to be feathers ruffled, but I don’t think it’s a bad thing. 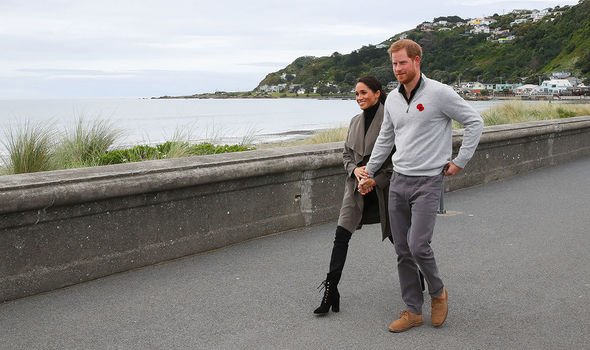 On the claim Meghan and Harry were banned from social circles for refusing to comply with etiquette roles, Ms Jones previously told TV show The Daily Blast: “Traditionally you are not meant to sit next to your partner at a dinner party for exactly the reason these two have been called out for – because of PDA.

“No-one wants to see you all over your partner. Also, they want to see you interact and mix with the people you might not know yet.

“The point is keeping the conversation flowing, not focusing on the person you see every day.” 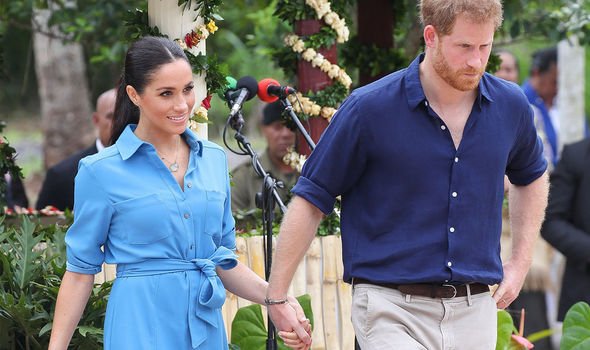 According to Debrett’s etiquette guide, the host of a dinner party has the final say on whether couples are allowed to be seated together at formal dinners but the rule of splitting partners is “always followed at private dinners”.

The guide claims having couples sit separately at the dinner table allows “both husband and wife a chance to meet new people”.

During formal dinners at Buckingham Palace, members of the Royal Family are distributed throughout the banquet table to mingle with other guests and couples are rarely seen sitting next to each other.

When President Donald Trump visited the UK for his state visit earlier this year, Queen Elizabeth II threw an official dinner at the Palace during which Prince Charles sat next to his mother and First Lady Melania Trump while Camilla, Duchess of Cornwall sat opposite him between President Trump and US Ambassador Woody Johnson.

Kate, Duchess of Cambridge also sat away from husband Prince William as she entertained the Lord Mayor of London, Peter Estlin, and US Treasury Secretary Steven Mnuchin. The Duke of Cambridge stood two seats after his stepmother between then-Prime Minister Theresa May and Ambassador Johnson’s wife, Susanne Ircha Johnson.

Meghan and Prince Harry have not shied away from showing off their affectionate relationship while on official engagements as they are often spotted holding hands or putting an arm around each other.

Etiquette expert Myka Meier, who was trained by a former member of the Queen’s household, insisted there is no protocol dictating whether the couple can or cannot be affectionate in public. Ms Meier said: “There’s no protocol that tells them they can’t hug or kiss or touch. There’s no rule book like that. Each senior member of the royal family is trusted to make the judgment calls of what’s appropriate and when.”