For the photo-shoot, Prince Harry wore a suit and Meghan wore a blazer, plain white T-shirt, and trousers. Royal fans were quick to praise the couple on social media. In what appeared to be a swipe and critics who said Meghan and Harry wouldn’t last, one fan wrote with a series of heart emojis: “Still together. And looking happy in love. Imagine that.”

A second tweeted: “Meghan and Harry are such special couple. Together they will do a lot of benevolence in the world!”

A third person commented: “They are so beautiful together. Such an understatement.”

The photos, which were captured for the Oprah Magazine by photographer Matt Sayles, were also described as “gorgeous” and “lovely” by other fans.

The photographer said he had wished to “reflect a more inclusive image of beauty” in his portraits of the couple. 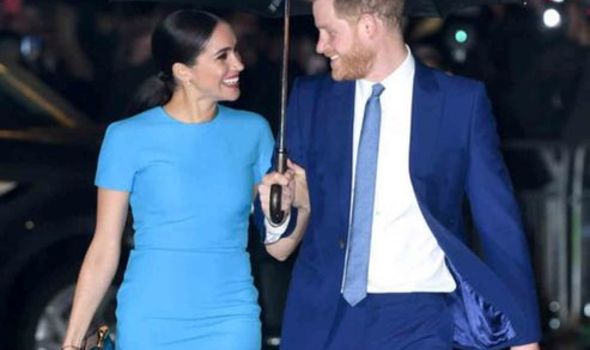 The Duke and Duchess of Sussex also hosted a Time 100 Talks episode on how to make more compassionate online communities.

The Duke and Duchess of Sussex wish to help create a “more compassionate, safe, and trustworthy digital world.”

Dan Macsai, TIME executive editor and editorial director of the TIME 100, said: “The Duke and Duchess of Sussex, both TIME100 alumni, are among the most influential voices in the world.”

The news comes as Prince Philip has spoken out about the poor relationship between Prince Harry and Prince William.

READ: Royal clocks: The 1100 clocks the Royal Family will need to changed this weekend 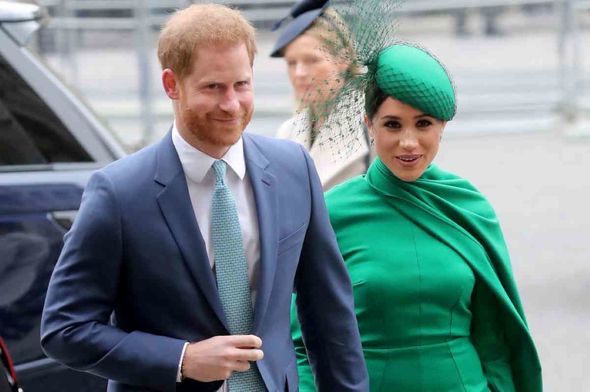 It was claimed by a royal expert that Prince Philip has “walked away” from the Duke and Duchess of Sussex.

The Duke of Edinburgh was reported to be in a “great shock” because of the Megxit crisis.

He described Prince Harry’s actions throughout Megxit as “alien behaviour”, a royal expert has claimed.

But the royal expert now says she is comparable to Wallis Simpson. 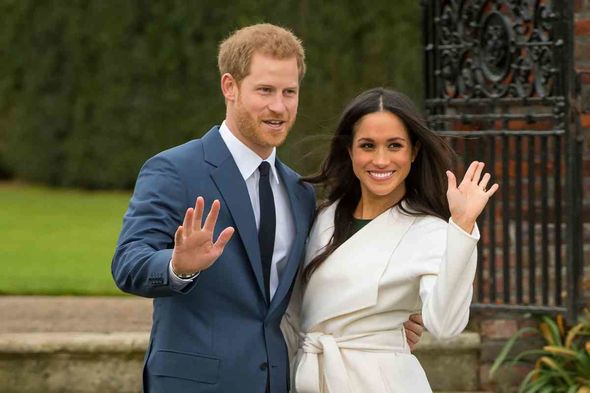 Wallis Simpson and King Edward VIII fell in love and their relationship caused the abdication crisis when they married in 1937.

The royal expert said Prince Philip feels “unable to comprehend” why Prince Harry would want to leave the UK.

The expert added: “His grandson’s behaviour is completely alien to him, so not unnaturally the relationship has suffered.”

Throughout lockdown Prince Philip has kept himself busy by fishing, writing letters and reading.

The Duke of Edinburgh was not at the emergency summit announced by the Queen after Harry and Meghan announced their intention to leave the Uk and become financially independent.

For that summit, the Queen had summoned Prince Charles and Prince William.