Meghan Markle and her mother Doria Ragland are known to share a special bond, with the Los Angeles-based yoga instructor travelling repeatedly to Windsor to be close to her daughter and her family. The Duchess of Sussex and husband Prince Harry announced earlier this year they will be launching their personal charity organisation after separating from the Royal Foundation they helped manage with Prince William and Kate, Duchess of Cambridge. Royal expert Emily Andrews suggested the couple may seek to use their new-found freedom to expand ties with American investors and seek to buy a home in Los Angeles to help with their efforts – and to have Doria spend more time with them and their son.

Speaking to Yahoo’s The Royal Box, Ms Andrews said: “This project with Oprah, whilst it’s not going to be the first initiative of Sussex Royal, is a big push they are doing in the America market to try and attract donors for their new foundation.

Ms Andrews continued: “We know Doria and Meghan are very close, Doria has been a very special and intrinsic part of Archie’s life and it would make sense if they bought someplace out in LA.

“Somewhere where they could go for holidays, school holidays and Doria could stay, too.” 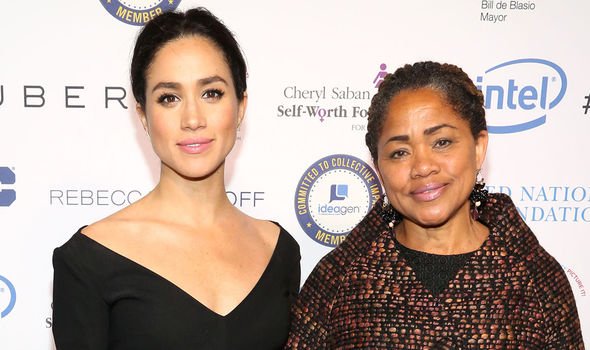 Doria Ragland has a close relationship with Meghan Markle and Prince Harry, having joined the couple on one of their first solo outings following their wedding in May 2018 to launch the cookbook the Duchess helped curate with survivors from the Grenfell Tower fire.

Ms Ragland later travelled to the couple’s new home in Windsor ahead of the birth of Archie Harrison Mountbatten-Windsor to help Meghan and Harry settle into parenthood.

She later returned to England to attend her grandson’s christening in July 2019.

Ms Andrews has not been the first commentator to suggest the Duchess of Sussex may seek to have her mother and son build a strong connection by travelling often to the US. 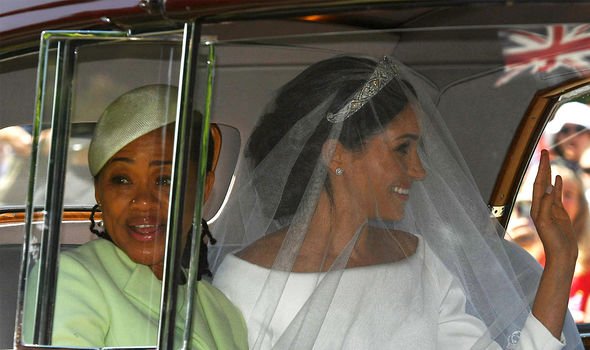 Speaking shortly after Archie’s birth in May, royal author Juliet Rieden said: “I’m sure Doria will be a very hands-on grandma, I’m sure she will want to help a lot.

“Whether she will be moving in is another matter, she has her own life. She lives in America, she has got a job so it’s not like she can suddenly throw everything up in the air and it’s not like Meghan needs her to.

“I’m sure we will see Doria come over a lot more. I’m sure Archie will be going to America quite soon.

“This is normal in every other family, that the baby gets taken to the grandparents often and I’m sure that will be the case with Archie.”

Meghan Markle: Is Meghan Markle suffering from American Wife syndrome? – shock comment
Meghan Markle: Queen to take duchess under her wing and give her key advice in Balmoral
Meghan Markle fury: US outrage at royals’ failure to ‘protect’ Duchess – ‘Under attack’ 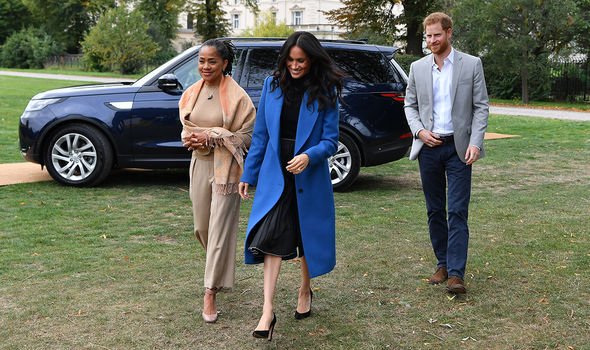 The youngest member of the Royal Family is however expected to make his travelling debut as the Duke and Duchess of Sussex undertake a tour of Africa in the Autumn.

Meghan and Archie are set to accompany Prince Harry to South Africa before a short separation as the Duke visits charities in Angola, Botswana and Malawi.

Buckingham Palace has yet to confirm the dates of the tour but the couple are believed to be planning to fill their schedules with plenty of engagements.

The Duke and Duchess of Sussex have long-held Africa close to their heart, with Harry previously calling the continent his “second home.”

Meghan has also visited Africa several times with Harry including a romantic visit to Botswana in the early stages of their relationship.