Meghan Markle and Harry ‘strengthen the monarchy’ with baby name

The Duke and the Duchess of Sussex announced on Sunday the birth of their baby daughter, Lilibet Diana. The name, according to a royal commentator, was chosen by the couple in a bid to strengthen the monarchy.

Richard Fitzwilliams expressed hopes the arrival of a new member to the Royal Family would help heal the purported rift between the Sussexes and some senior royals.

He wrote in a tweet: “Let us hope the happy news of the birth of ‘Lili’ will lead to the beginning of the healing of the rift between the Sussexes & the RF.

“They have dramatic prospects in the US because of their royal links.

“It makes sense for them to strengthen the monarchy.”

While Mr Fitzwilliams had a positive outlook on the happy news, some Twitter users accused Prince Harry and Meghan of using their links to the Royal Family. 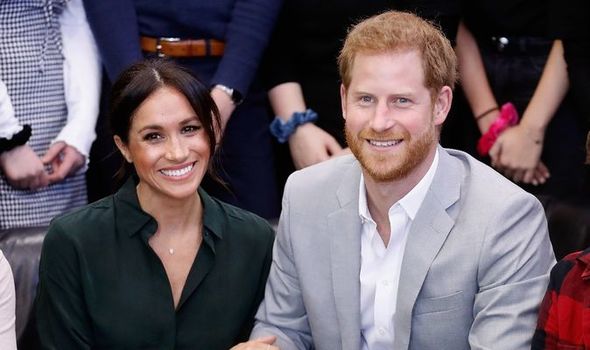 One person tweeted: “They have prospects ONLY because of their royal links.

“Yet they have constantly criticised and defamed the Royal Family.

“Using a private family name for their newest child is utter hypocrisy.”

Another commenter added: “I don’t see that happening at all and I hope you are wrong!

“They are clearly trying to make money off the royal connection and after everything they said recently, they will never be welcomed again like they want to be!”

But the Queen issued a statement hours after the Duke and the Duchess announced the baby news expressing her delight.

In a short statement, Buckingham Palace confirmed Her Majesty and other members of the Royal Family had been informed about Lilibet Diana’s arrival.