The Duchess of Sussex has made her first appearance at a royal engagement since the birth of her son Archie.

The royal couple travelled to the service in a horse drawn carriage with Camilla, Duchess of Cornwall and Catherine, Duchess of Cambridge.

Crowds in the Mall cheered as the quartet passed heading for Horse Guards Parade in Whitehall, central London, for the Trooping ceremony.

Meghan, who has been on maternity leave, chose a black dress by Clare Waight Keller and a hat by Noel Stewart for her first public appearance since giving birth last month. 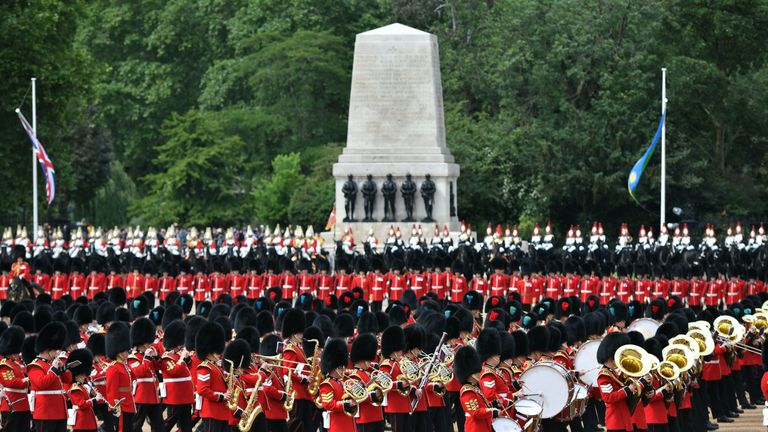 Her husband, the Duke of Sussex, has already spoken about how parenthood has changed their lives, saying he cannot imagine life without his son.

During his visit, the US president said she had been “nasty” about him.

In an interview with Piers Morgan, he said: “That’s OK for her to be nasty. It’s not good for me to be nasty to her and I wasn’t.”

He was referring to the 2016 US presidential campaign, when, he said, she “wasn’t so nice” to him.

The Queen, who celebrated her 93rd birthday in April, wore an Angela Kelly outfit made up of a pastel tweed dress in shades of pale pink, mint yellow and gold with a matching hat.

Her Majesty, who has had a busy week entertaining the US president and attending events to mark the 75th anniversary of D-Day, also sported a badge of The Brigade Of Guards. 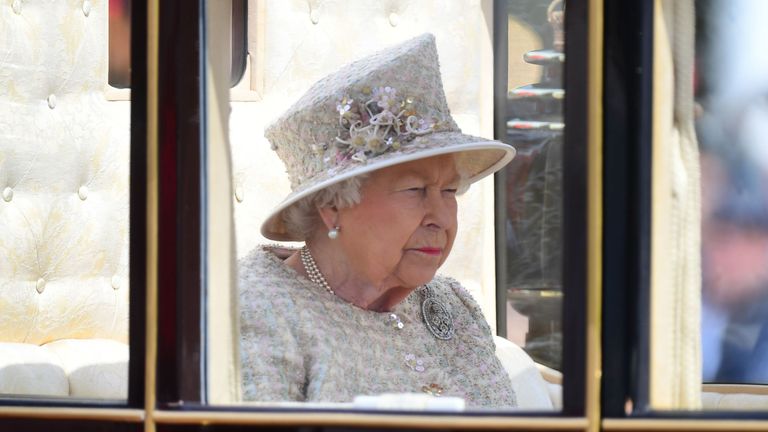 Members of some of Britain’s most prestigious regiments line up to be inspected by the monarch in the centuries-old spectacle.

Around 1,400 military personnel in total have joined the event, which is social as well as ceremonial.

Partners and family members of those involved watch from stands overlooking the parade ground. 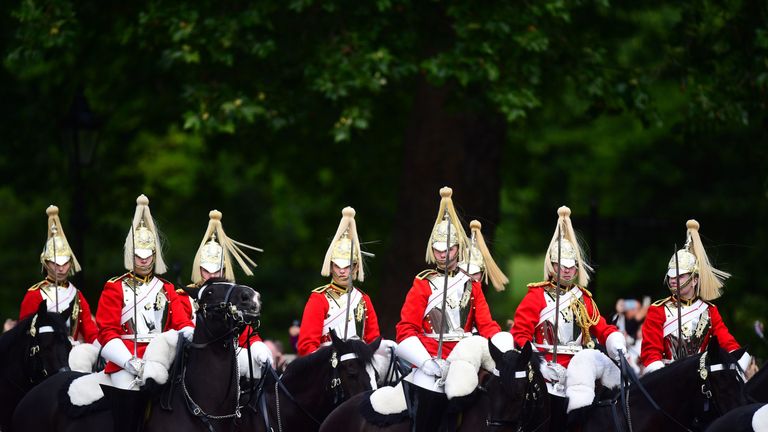 More than 20 aircraft will take part including modern jets and historic aircraft, with the Red Arrows as the finale.

Trooping the Colour originated from traditional preparations for battle and has commemorated the birthday of the sovereign for more than 250 years.