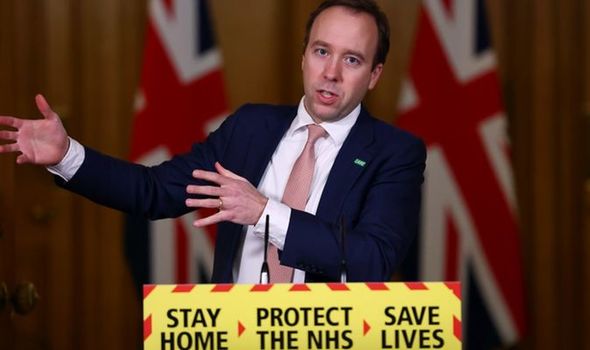 The Health Secretary is due to speak at 5pm from Downing Street to address the India variant. It comes as Professor Neil Ferguson, an epidemiologist at Imperial College London and a member of the Government’s Scientific Pandemic Influenza Modelling Group (SPI-M), told BBC Radio 4’s Today programme the June 21 date for lifting legal limits on social contact was “very much in the balance”.

Asked if it would go ahead or need to be reconsidered, he said: “I think that’s actively being considered. I think it’s very much in the balance and the data collected in the next two to three weeks will determine that.”

“The challenge we have is because of how it was introduced into the country.

“It was introduced from overseas, principally into people with Indian ethnicity, a higher chance of living in multi-generational households and often in quite deprived areas with high density housing, and so we’re trying to work out whether the rapid growth we’ve seen in areas such as Bolton is going to be typical of what we could expect elsewhere, or is really what is called a founder effect which is often seen in these circumstances.

“There’s a little bit of, I would say, glimmer of hope from the recent data that whilst this variant does still appear to have a significant growth advantage, the magnitude of that advantage seems to have dropped a little bit with the most recent data, so the curves are flattening a little, but it will take more time for us to be definitive about that.”