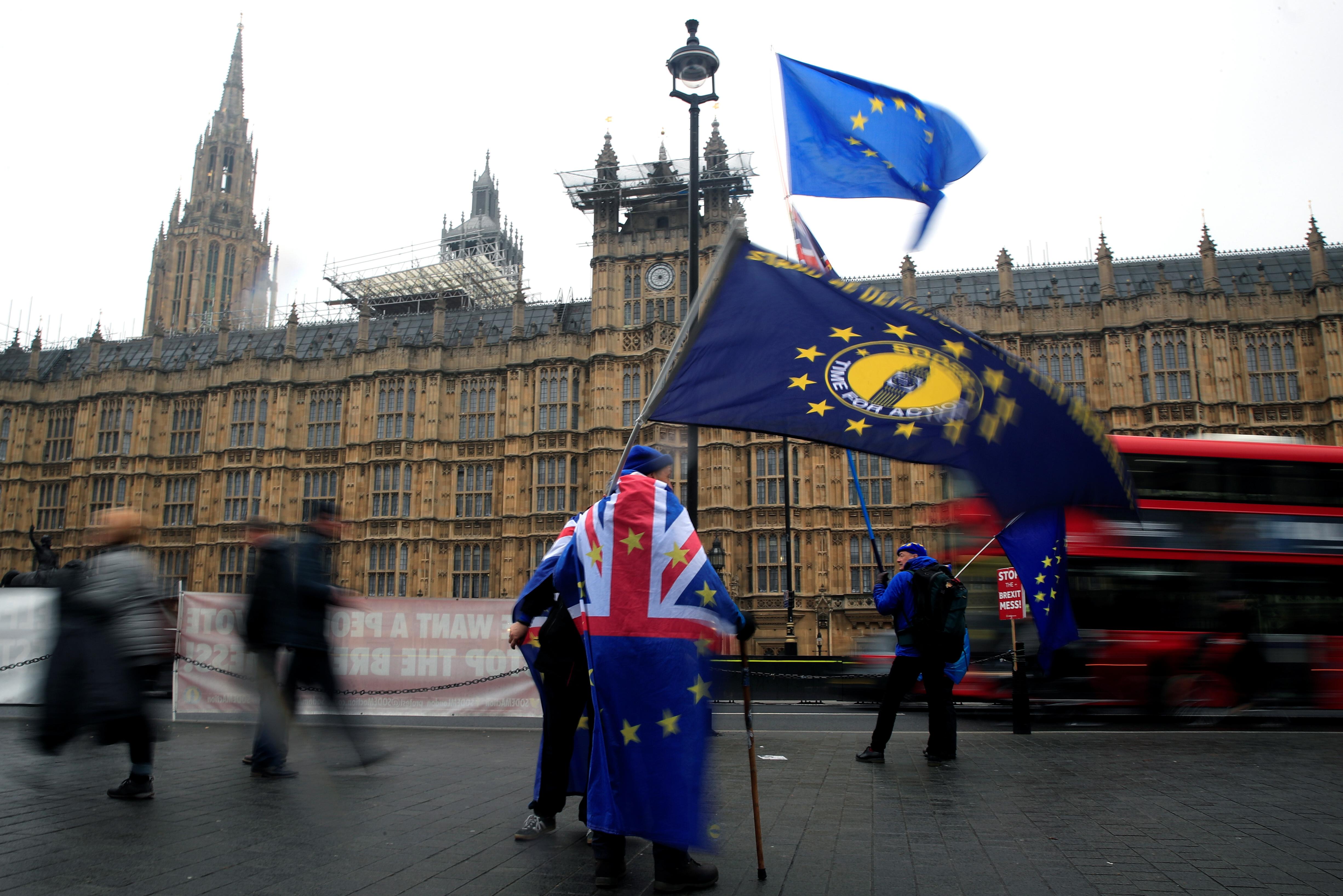 LONDON (Reuters) – Campaigners for a second Brexit referendum are planning another mass protest in London ahead of the date on which Britain is due to leave the European Union in October as the leading candidates to be the next prime minister say they will leave without a trade deal.

The People’s Vote campaign, which includes several pro-EU groups, plans a series of rallies around Britain over the next few months called “Let us be heard”. They will culminate in a march in London on Saturday, Oct. 12, in what organisers say will be one of the biggest demonstrations Britain has ever seen.

Britain could be heading towards a constitutional crisis over Brexit as many of the candidates vying to succeed Theresa May are prepared to leave the EU on Oct. 31 without a deal but parliament has indicated it will try to thwart such a scenario, concerned about the potential economic disruption.

Lawmakers have repeatedly rejected the idea of holding a second referendum even as many Britons have become increasingly frustrated with parliament’s failure to agree how or whether Brexit should happen.

But campaigners say another vote could be the only way out of the current impasse.

Some opinion polls have shown a slight shift in favour of remaining in the European Union, but there has yet to be a decisive change in attitudes and many in Britain say they have become increasingly bored by Brexit.

In March, the People’s Vote campaign claimed a million people marched on the streets of London, which would make it the biggest rally in Britain since the Iraq War in 2003. Last October, the group claimed hundreds of thousands of people marched through the city demanding a new referendum.