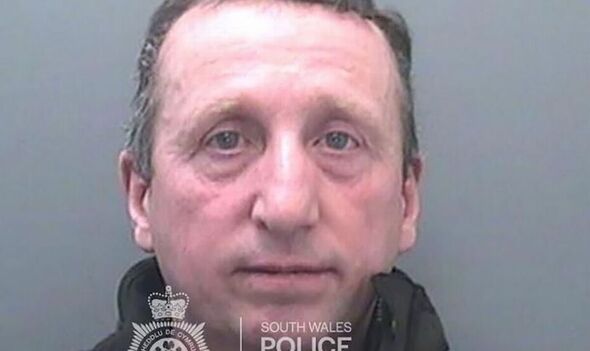 A married father carried out a prolonged and brutal attack on the woman he was having an affair with during a secret weekend away together.

Anthony Grzesica repeatedly punched, kicked, and butted the woman in the face in their hotel room, leaving her battered, bruised, and bleeding, and with a broken nose.

A court heard the 54-year-old garage owner then bombarded his lover with texts and messages in an attempt to get her to withdraw her complaint to the police.

In his police interview, Grzesica branded the woman – with whom he had been in a relationship for around a year – a “psycho” and accused her of making up the allegations of assault.

But Helen Randall, prosecuting, told the court Grzesica “pounced” on the woman and grabbed her by the neck in the violent confrontation in the hotel room in Swansea, south Wales, on November 5 after the pair had a row in a restaurant.

The thug then took her to the floor where he repeatedly punched, kicked, and butted her to the face while shouting “I’m going to kill you”. The assault lasted for around half and hour until Grzesica briefly went to the bathroom before returning and shouting “Want another f****** go, do you!” and punching and kicking her to the face again.

Sentencing at Swansea Crown Court, Recorder David Harris told the defendant he had carried out a prolonged assault on a woman he was having an extra-marital affair with, an assault which had included strangulation.

The judge was told how the woman was able to flee the hotel room and asked staff at the reception desk to call the police.

Officers were soon on the scene but Grzesica had already left, taking the woman’s phone and bank cards with him.

Grzesica was arrested at the family home in Treharris, south Wales, the following day, and in his subsequent interview he accused his victim of being a “psycho” and of fabricating the allegations against him.

Miss Randall said that after being questioned, Grzesica was released on police bail on condition that he not contact his victim but over the following 10 days bombarded the woman with calls and texts – including 62 on one day alone – and also followed her in his car.

During the contact he apologised to his victim and accepted he was at fault but said couldn’t now change his story without getting in trouble, and he tried to get her to withdraw the charges. The court heard the woman did at one stage make a withdrawal statement to the police but later withdrew it.

The prosecutor said the woman suffered a broken nose, concession, and “significant bruising and swelling” to the face in the assault. In an impact statement which was read to the court the woman said she keeps getting flashback where she sees Grzesica’s fists, feet, and head coming towards her face. She said the assault has left her feeling low and depressed.

Anthony Grzesica, of Treharris, had previously pleaded guilty to assault occasioning actual bodily harm (ABH), theft, and attempting to pervert the course of justice when he appeared in the dock for sentencing.

Huw Davies, for Grzesica, said the defendant’s wife of 17 years was in court, was “fully aware of all maters” and remained supportive of her husband. He said his client was the proprietor of a motor repair and service garage in Treharris which employed one person, and he said Grzesica was “deeply ashamed of his conduct” and the impact it had on his wife and daughter.