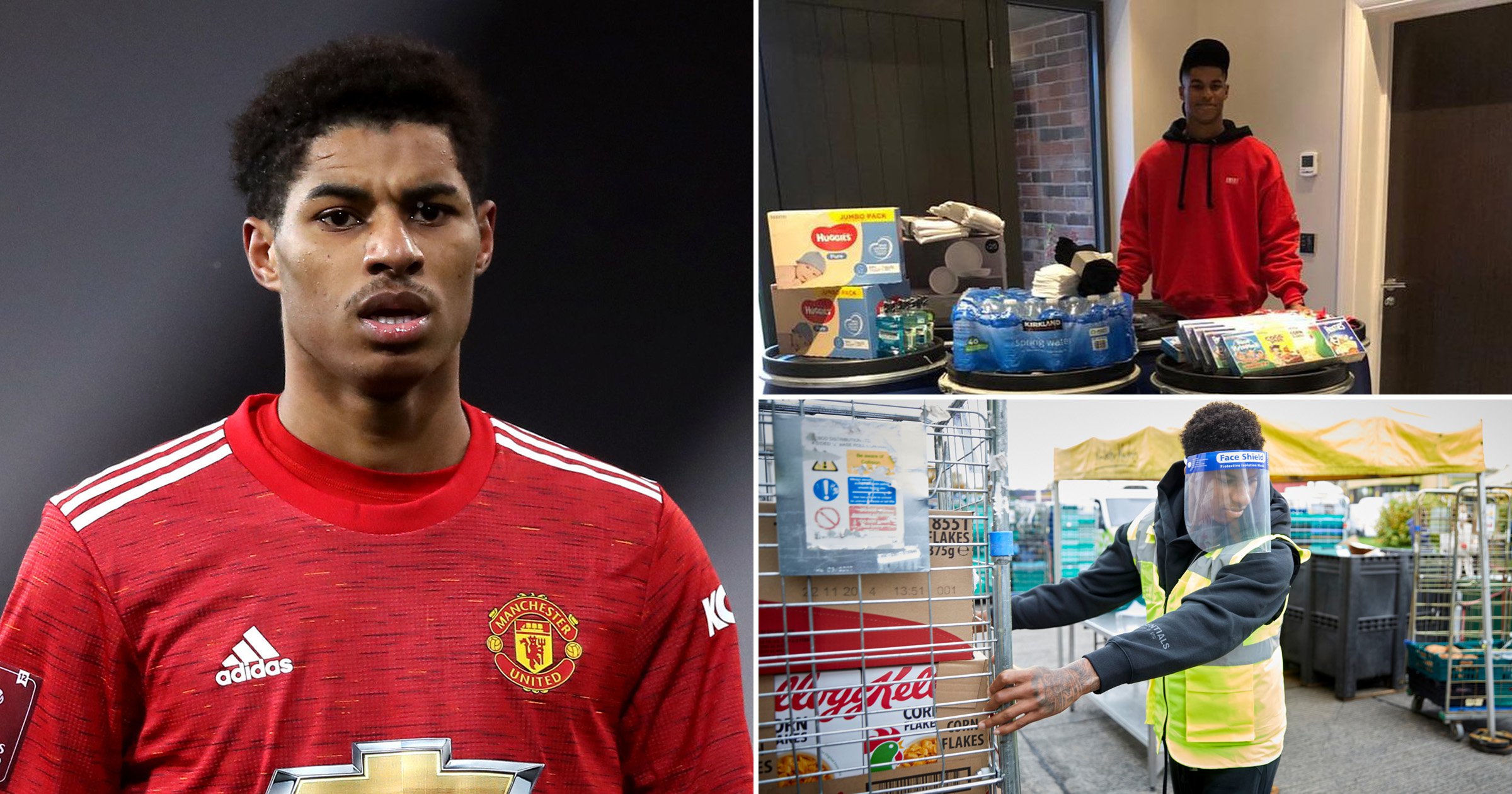 Manchester United’s Marcus Rashford has become the youngest person to top the Sunday Times Giving List in a record-breaking year for donations.

The England star, 23, raised £20million from supermarkets for groups tackling child food poverty in the UK and forced a series of Government U-turns over free school meals.

With a personal worth of £16million, the striker managed to raise 125% of his net worth over the past year, and helped charity FareShare distribute four million meals to disadvantaged children.

Boris Johnson initially vowed not to extend the free school meals voucher system into the summer holidays while disadvantaged children were stuck at home during lockdown.

But he retracted this on June 16, two days after Rashford called on his cabinet to reconsider the decision in an open letter.

In October, he launched a petition urging the Government to again extend free school meals through the half-term and Christmas holidays, eventually pressuring ministers into providing £170million of extra funding.

Rashford, who received free school meals himself, was made an MBE in the delayed 2020 Queen’s Birthday Honours List.

She added: ‘His own experience of relying on free school meals to eat brings authenticity and compassion to his campaigning, and his status as a Premier League footballer means people and politicians sit up and take notice.’

The Giving List ranks philanthropists by comparing their sums raised for charity against their net worth on the Sunday Times Rich List, which shows how the country’s billionaires got even wealthier during the pandemic.

Rashford features alongside fellow footballer, Liverpool captain Jordan Henderson, who ranked sixth on the after raising £4million for the NHS from fellow Premier League footballers through the #PlayersTogether appeal.

The Sainsbury family ranked second in the philanthropy list, as serial benefactors through a network of trusts which generated just under £230million for charities.

Jonathan Ruffer, whose Auckland Project is leading the regeneration of the former County Durham mining town, was third with £62million gifted in 2020.

Coronavirus has fuelled a spree of charitable donations, with the Giving List recording nine donations of more than £100 million.

Some £520million of donations covered pandemic-related causes, including PPE, community support and helping to plug the cumulative £10billion funding gap in the finances of charities around the country.