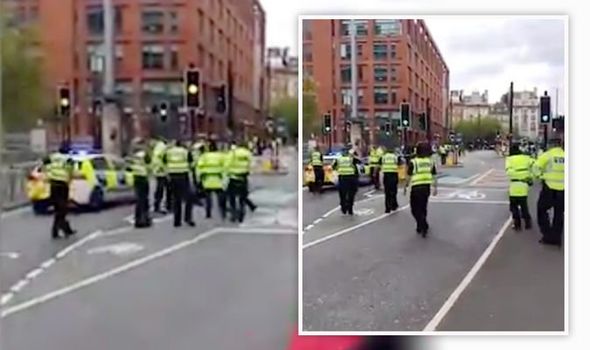 Police were called at 1.15pm this afternoon after a “suspicious item” was found at a bus near Manchester Piccaddilly bus station. Shocking footage from social media shows a group of police officers swarming the streets and roads while attending the scene.

Greater Manchester Police said in a statement: “At around 1.15pm today (Saturday, September 5 2020), police were called to reports that a suspicious item had been found on a bus at Manchester Piccadilly bus station.

“Officers are in attendance and several roads are closed.

“The bus has been evacuated as a precaution and a cordon remains in place.