Home » Europe » Macron to the French: Vaccinate or Else

Macron to the French: Vaccinate or Else

Reversing himself, the president gambles that the birthplace of individual liberties will accept coercion from the top down. 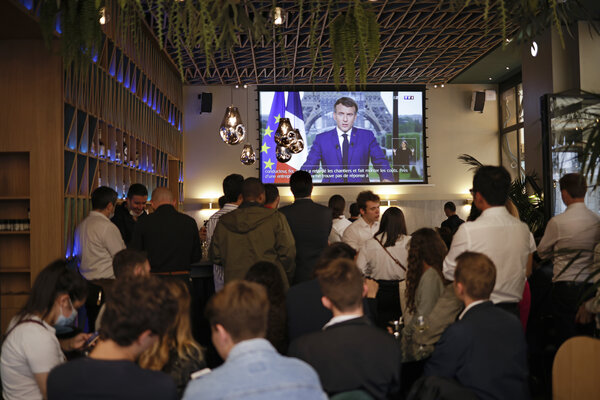 PARIS — Emmanuel Macron the risk-taker is back. Never having won an election of any kind, he embarked on a wild political gamble in 2016 and a year later, at 39, became the French president. Now, with nine months until the next election, this leader who has had no qualms about concentrating power has decided to try to coerce a people steeped in the values of liberty into getting vaccinated against the coronavirus.

Responding to a surge in cases of the highly infectious Delta variant, Mr. Macron, in an address to the nation Monday, stopped just short of imposing universal mandatory vaccinations, but he made clear that the lives of unvaccinated French people would quickly become miserable, potentially restricting their travel and even their ability to sit for a coffee or dine outside their homes with friends.

He wielded a big stick, personalizing power in a way that has in the past led to criticism of him as a Jupiter-like figure.

If there is always a tension in France between its Jacobin, state-directed instincts and its Enlightenment embodiment of the freedom of the individual, this was a case of the president laying down the law and telling citizens to get in line or else.

“If you want to be free and responsible, you vaccinate — your choice and your consequences,” said Jacques Rupnik, a political scientist. “That was the president’s message. The risk, however, is of a dual, or two-speed, society.”

That risk was put most bluntly by Michèle Rivasi, a Green member of the European Parliament with a history of vaccination skepticism, who declared, “This is apartheid in the land of human rights.”

The more than 2.2 million people who signed up to get vaccinated in the 48 hours since Mr. Macron spoke appeared not to agree with Ms. Rivasi. Their haste suggested that all the French needed to get the vaccine was a powerful prod of a kind not seen up to now.