The air ambulance was called out to the incident at about 1am this morning. Surrey Police remain at the scene. Highways England warn there are “long delays” on the anti-clockwise carriageway this morning because of the major collission. It is not yet known when the major road will be reopened.

Highways England say there is currently about five miles of congestion, with traffic delays of over half an hour.

They wrote on Twitter: “Please be aware there are long delays on the #M25 anti-clockwise between J12 (#M3) and J11 near, #Chertsey due to the ongoing collision. There is approx. 5 miles of congestion which is likely to add around 30 mins onto usual journey times.”

Traffic is also starting to build on the clockwise carriageway, due to onlookers slowing down to take a look at the crash site. 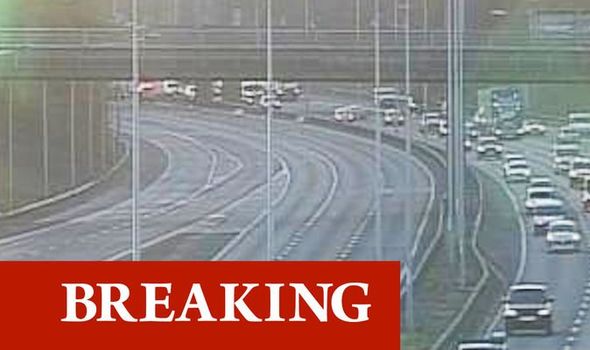 “The road has been closed since 1am following a serious accident involving a van and a motorcycle. Expected to remain closed into morning rush hour.”