Shoppers left dismayed at the increasing price of Lurpak

When the price of Lurpak rose steeply last month, shoppers vented their frustration at the “insane” rising cost of living. However, according to industry experts, prices might not even reach their peak until next year.

In response to the eye-watering price tag now attached to this household staple, people have begun to try and make their own butter. For instance, Rory Bennett, recently shared an article about his attempt to make his own butter.

In an article Rory said that he had decided to teach himself the skill in response to the “buttery apocalypse” occurring in the UK right now. Instead of trying to find cheaper alternatives, Rory said he was willing to try and learn – even if people thought him a “nutter”.

Sharing his thoughts, Rory wrote: “When I first considered embarking on this endeavour, I thought I might be crazy. Thoughts churned around my head like, well, butter… in a churn. Was it really possible to make butter at home? Would I need a cow? Would I need one of those old-timey wooden objects that you see in film representations of Amish people? The answer is actually no, I didn’t. 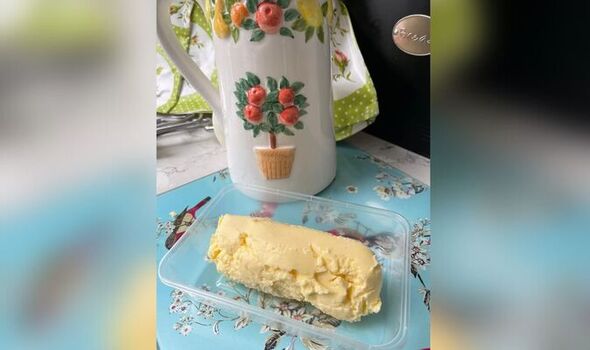 “With a little help from a handy news article on the subject, I realised that making the golden stuff wasn’t all that complicated, it just took a bit of elbow grease. All you need to make your own butter is double cream, a bowl, a hand or electric whisk and a tea towel.”

Express.co.uk has found hundreds of Brits have also tried to make their own butter and ditched buying for it in supermarkets altogether. 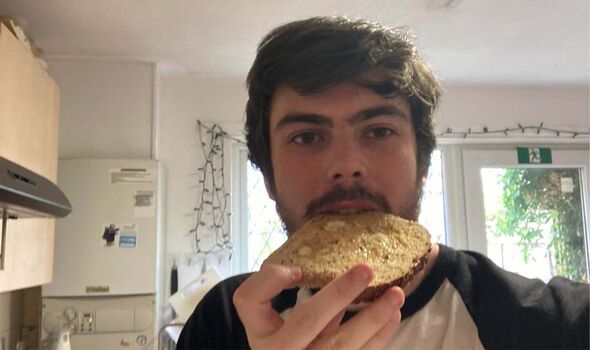 Sharyn Grainger was also keen to advocate the process, explaining: “I grew up on a dairy farm. We produced our own butter and that was delicious and without artificial colourants. Not like stuff found in our supermarkets today.”

Graham William Lear said: “Don’t know why people don’t make their own butter it’s easy. Been making mine for years. Full Cream, tip it into a mixer and mix for 20 min, you can leave and just check now and again.

“You will see it go solid and separate. The solid is butter and the liquid is the buttermilk that can be used in making scones and such. Scoop out all the solid bits and squeeze them all together in a muslin cloth that gets rid of any more liquid. You now have your butter. Easy to make and tastes great. If you like it salted just add it to taste.”

Marlene Bevis also shared her enthusiasm, stating: “Make your own it’s unbelievably lovely made some yesterday and I used the buttermilk to bake a lovely milk loaf of bread.” 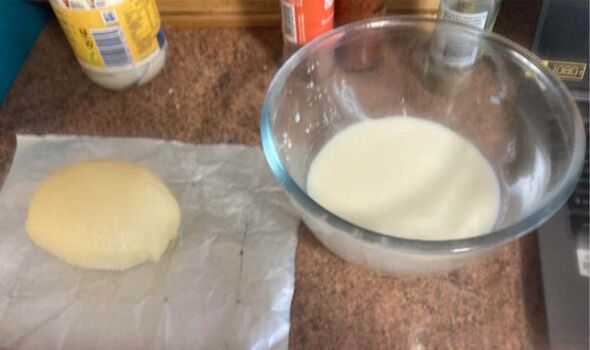 One user, Catherine Morgan, was also keen to share her progress, posting a picture of her freshly made butter.

She then posted her method after other users asked how she’d done it.

“Made my own last night, was delicious too,” Catherine commented. “I used two tubs double cream, pinch of salt if u like, add some cold water and put in mixer, whisk for about four mins until the buttermilk seperates, then squeeze all butter milk out. I used disposable gloves while making it, put in butter dish and in fridge. Ta da it’s so easy.” 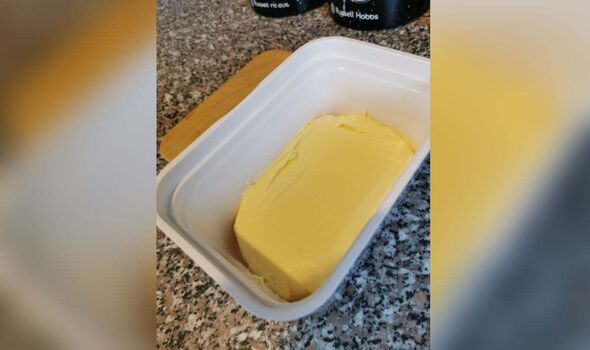 Asda’s chairman said last month some customers are setting £30 limits as they cut back on spending amid the cost of living crisis.

Lord Stuart Rose said customers are putting fewer items in their baskets and choosing from budget ranges more often as they try to mitigate price increases.

The entrepreneur said: “What we’re seeing is a massive change in behaviour.

“People are trading back. They are worried about spending.”