A 74-year-old man with head injuries was found at an address at around 5am on Friday and pronounced dead at the scene. Detective Inspector Steven Keogh said: “At this very early stage we retain an open mind as to the circumstance surrounding this death, but I can confirm that we are not seeking any other persons in connection with this isolated incident which involved one victim.” A 23-year-old man known to him was arrested at the scene on suspicion of murder.

The victim, in his 20s, collapsed at a bus stop opposite Turnpike Lane station around 1.10am.

An eyewitness said: “Paramedics came and were trying to save him. His mum came to the scene. She was wailing — it was horrific.”

No arrests were made. 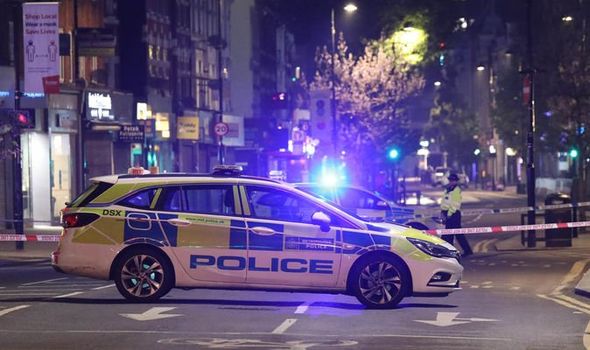 Just before 10pm on Thursday, a woman in her 40s, was stabbed to death in Cheam, south London.

Police were called to reports of a disturbance at a residential address and a man known to her was arrested on suspicion of murder.

Violence continued in the early hours of this morning when police were called at around 1.30am to reports of a stabbing in Plumstead High Street, south London.

No one was arrested.