Home » Europe » London is unsurprisingly the world's most congested city

London is unsurprisingly the world's most congested city 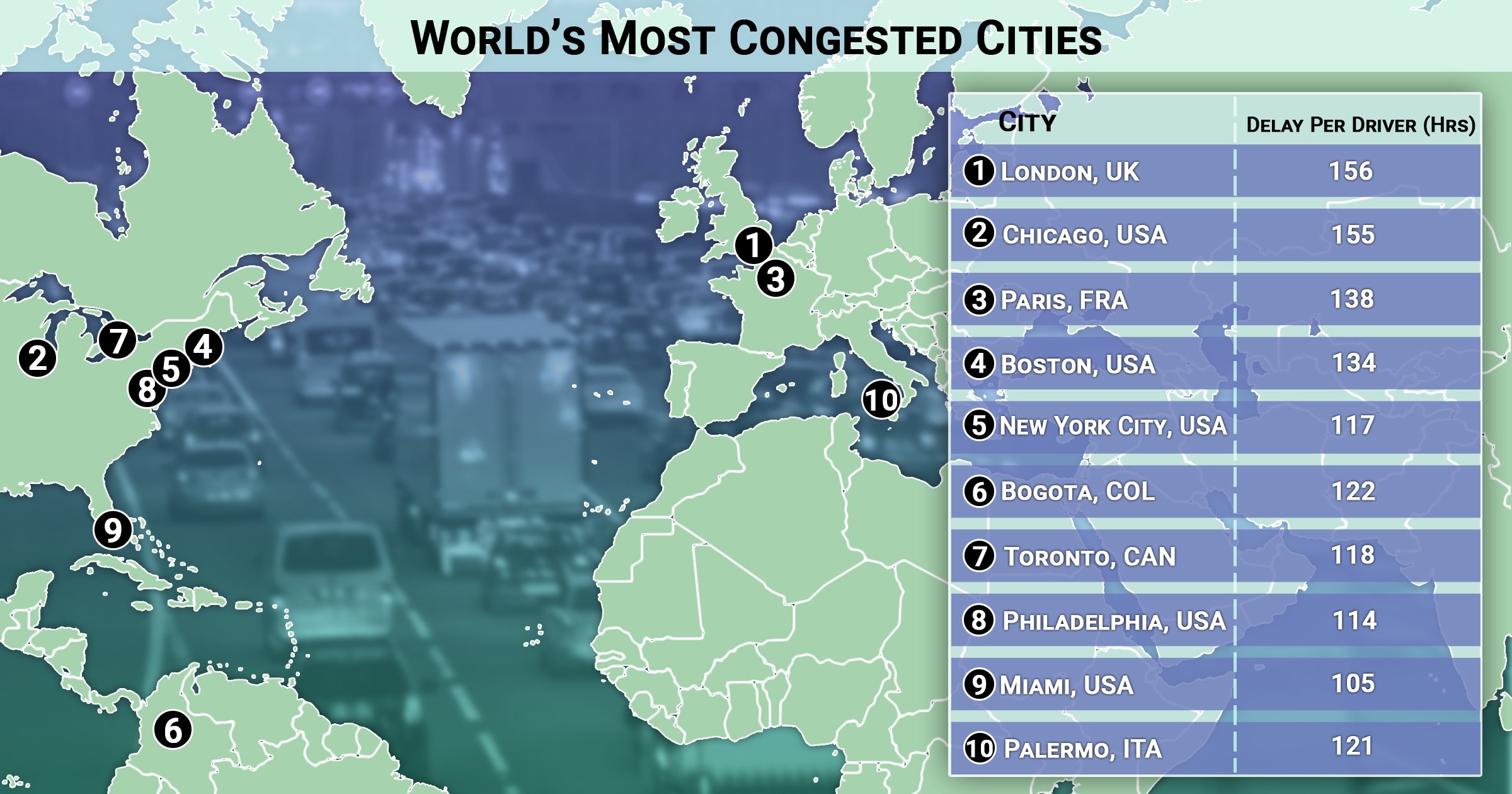 London is the world’s most congested city once again – with experts warning pre-pandemic levels may have even been exceeded.

Drivers in the capital spent an average of 156 hours sitting in traffic in 2022, according to a report by traffic information supplier Inrix.

It is the second year in a row that the city has come in at number one out of 1,000 cities across 50 countries.

Chicago in the US was found to be the world’s second most congested city, with drivers spending an average of 155 hours stuck in traffic last year.

Focusing just on the UK, Bristol has been revealed to have the second worst road congestion (91 hours).

Manchester (84 hours) came in third, with Birmingham (73 hours) and Belfast (72 hours) not too far behind.

London was ranked the world’s eighth most congested city in 2019, but the length of time lost to jams is now 5% above pre-Covid levels, experts say.

Bob Pishue, transportation analyst and author of the report, said: ‘It is great to see civic and commercial life returning to normal, but unfortunately we’re seeing congestion inching closer to, if not exceeding, pre-pandemic levels.

‘We must manage congestion while improving mobility and accessibility in cities to avoid it hurting economic recovery and impacting the quality of life of commuters and residents.’

The nation’s five most congested road corridors were also all found in London.

The A219 southbound from Fulham to Morden is said to be the worst.

Drivers lost an average of 47 hours sitting on the well-worn route out of the city in 2022.

This was partly due to delays caused by the closure of the Hammersmith Bridge to motorised vehicles.