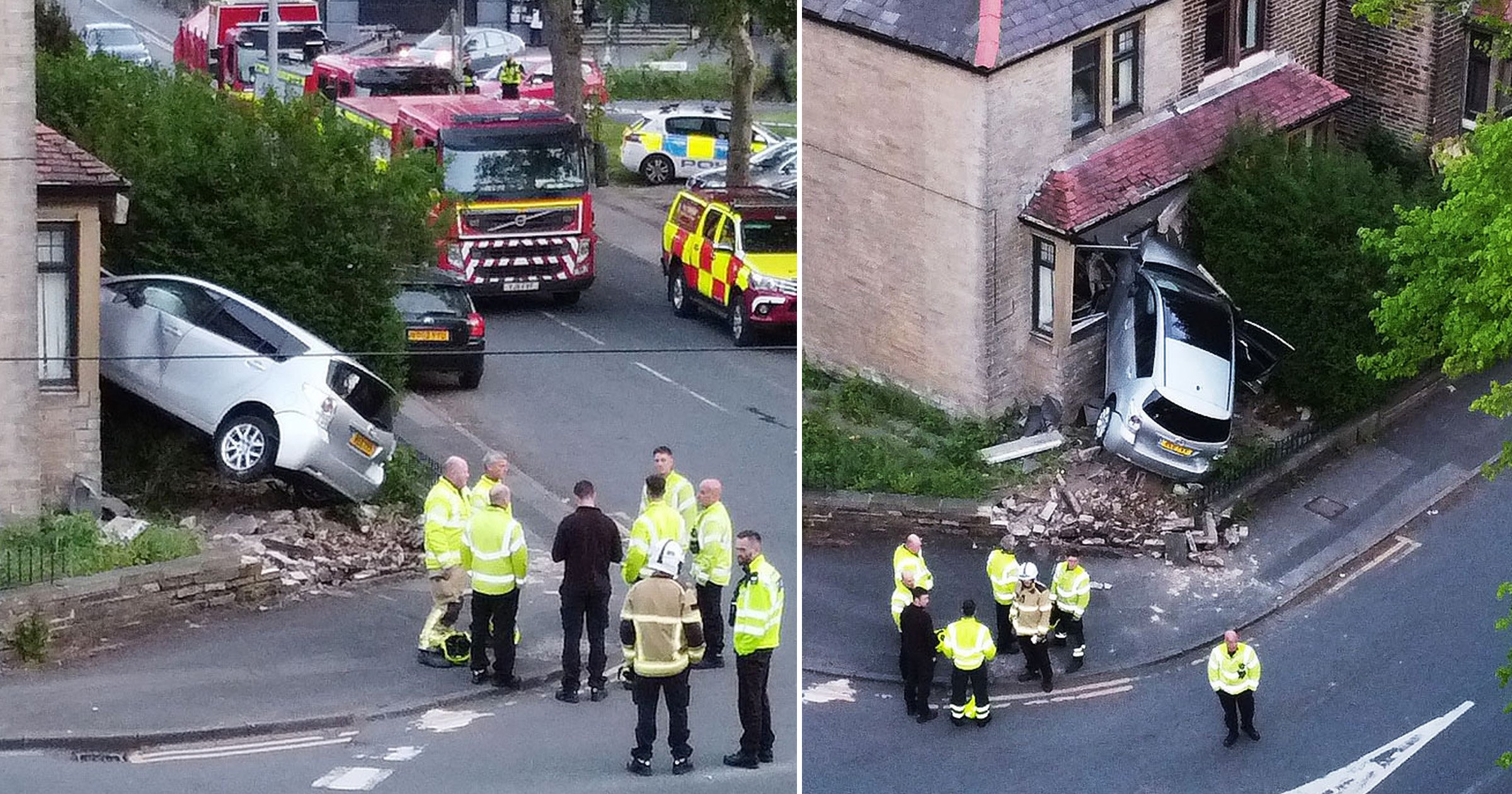 A teenager learner driver crashed into a family’s living room while taking a child for a ride in her dad’s car, nearby residents claimed.

The 17-year-old driver is said to have had a young girl aged between five and seven in the passenger seat, and both were left with non-life threatening injuries in the collision.

Photos from the scene show how the silver Toyota Verso ploughed into the house in Bradford, West Yorkshire, on May 13.

The incident prompted a large emergency response on Heights Lane, near the junction with Haworth Road, in Heaton.

Nobody else was hurt in the crash, although the house was damaged.

Firefighters assessed the stability of the house before police organised the removal of the silver vehicle.

The driver, who reportedly had a provisional licence, was said to have borrowed her dad’s car on Friday evening.

‘The incident involved a car which was in collision with a residential property.

‘Two females were taken to hospital where their injuries are not thought to be life-threatening.’

The fire service added: ‘It was a request for us from the police after a car had gone through the bay window of a house.

‘There was nobody trapped but there was a fuel leak.

‘We sent the technical rescue unit from Cleckheaton and Fairweather Green was also in attendance.

‘We assessed the stability of the house and then police organised recovery.’