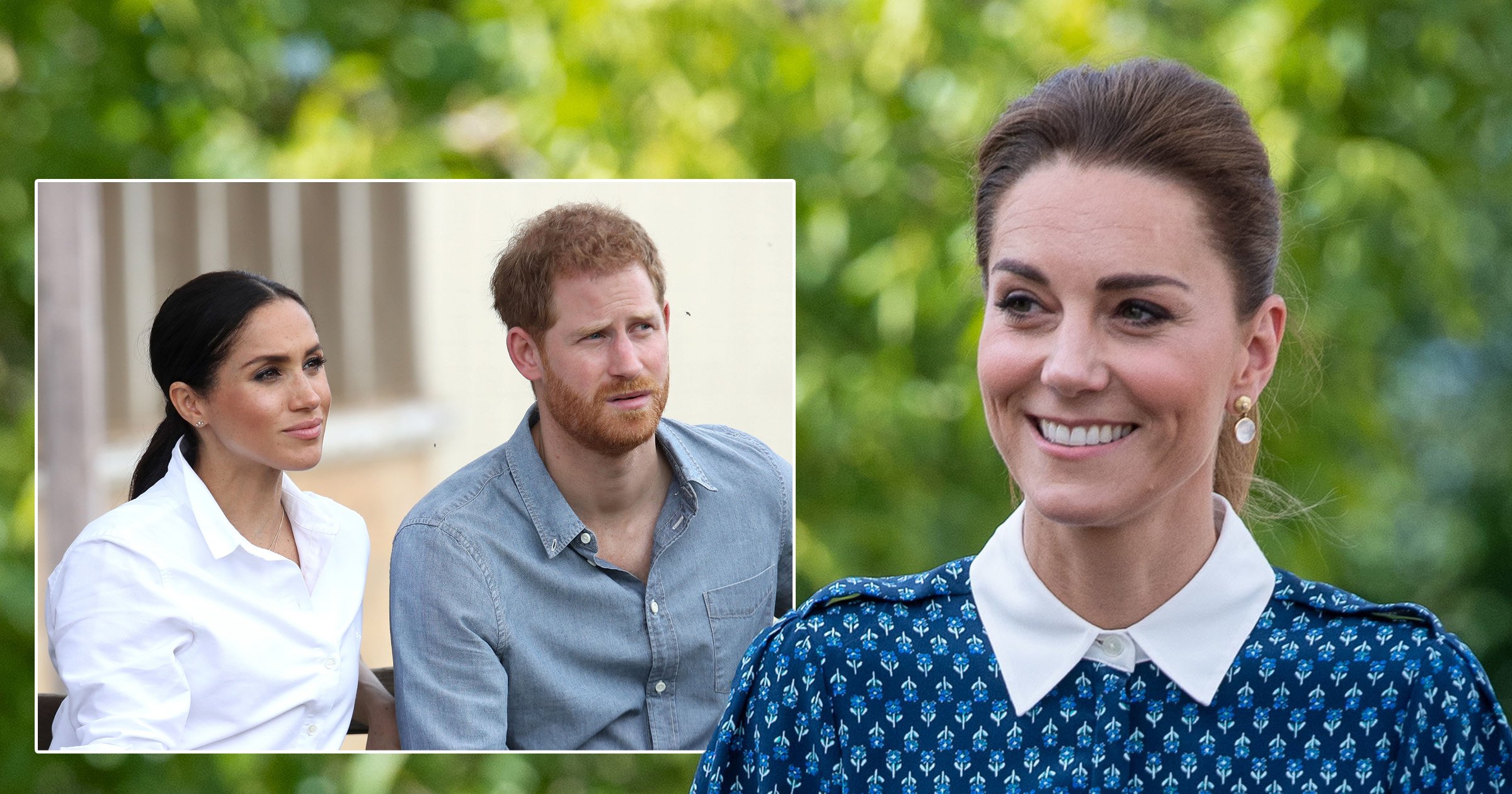 The Duchess of Cambridge told friends that there was still time to ‘pull Meghan Markle and Prince Harry back in’ before their bombshell Oprah interview.

Tensions were already building between the Sussexes and the Palace after they stepped down as senior royals and started a new life in America.

Many of their grievances came to light in their interview, which aired in March, including that a member of the family raised ‘concerns’ about their baby Archie’s skin colour.

Harry also claimed his father Prince Charles and brother Prince William was ‘trapped’ by their positions in the Firm and that the former had stopped taking his calls.

Meghan also suggested Archie wasn’t given the title of prince because he is mixed-race and said the palace wouldn’t help her when she felt suicidal. She also said Kate made her cry at a bridesmaid dress fitting.

But according to Telegraph’s Stella magazine, Kate still had hopes that she could build bridges with the Sussexes before that explosive interview.

The newspaper’s royal expert Camilla Tominey wrote: ‘I have been reliably informed she was even telling her friends before the Oprah interview that she did not think it was too late to “pull them back in”.’

Kate’s uncle, Gary Goldsmith, described her as a ‘brilliant arbiter and peacemaker’ who was trying hard to bring the family together again.

The Ibiza-based recruitment consultant told Closer: ‘If Harry doesn’t get a grip and stop this self-indulgent episode, there will soon be no common ground or relationship to rebuild.

‘But if anyone can bring peace to the royals, Kate can. Kate is a brilliant arbiter and peacemaker.

‘Every bone in her body is about making friends and doing the best she can… she’s trying to mediate.’