Kate and Meghan Markle in stitches as Simona Halep stunned by royal claim ‘I didn’t know!’

Simona Halep beat Serena Williams to claim her first ever Wimbledon title today. The former World Number One beat the American in straight sets, taking the first 6-2. Despite a strong start in the second set from Williams, the Romanian was able to overcome and won her first grass Grand Slam title.

The match was over in less than an hour.

After the game, Simona thanked her family and country for their support.

She spoke to Claire Balding, who told her: “You mentioned in your press conference you were hoping the Duchess of Cambridge would be here today.

“So you will get the membership and also get to see your name up on the board and you will also get the royal box where you will probably meet them.” 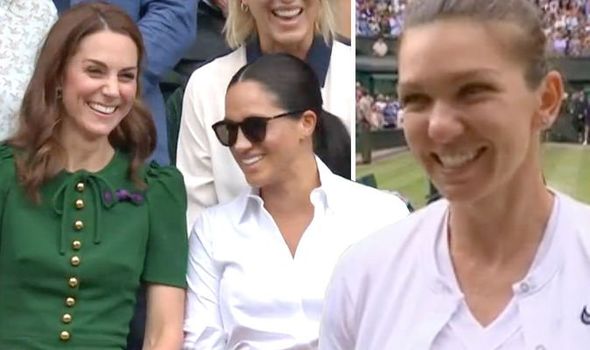 Simona looked visibly delighted as she responded: “That’s amazing – I didn’t know that, it is more special now!”

Everyone in the crowd erupted in laughter and the two duchesses looked at each other in stitches from the Royal Box.

After the game, Simona shook hands with the Duchess of Cambridge and did a curtsey, much to the amusement of everyone watching.

The pair then had a brief chat before she continued to meet other people. 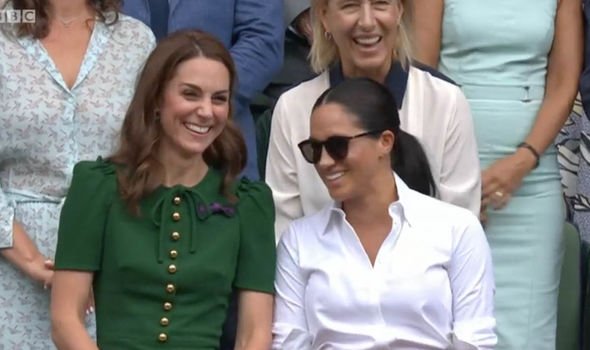 She sat in the Royal Box alongside her sister-in-law the Duchess of Cambridge and Kate’s sister Pippa Matthews.

Serena and Meghan have grown close in recent years, with the tennis ace even attending the duchess’s wedding in May last year.

This is the second time the duchess has watched the American superstar at the tournament in 2019, after making a low-key visit to catch Williams’s second-round match.