David Cameron struggled to complete his much-anticipated memoirs, and was reported to be suffering from writers’ block.

It’s not hard to see why, with the Brexit turmoil deepening with every passing month.

It’s evident from his accompanying interview that the former prime minister, who largely evaporated from public life when his political career was killed off by the Brexit result, has taken it very hard indeed.

One passage stands out: “I think about this every day. Every single day I think about it, the referendum and the fact that we lost and the consequences and the things that could have been done differently, and I worry desperately about what is going to happen next.”

The end came for David Cameron just a year after he won a historic Conservative majority in 2015 which defied all the polls.

He was riding high, having broadened the appeal of a party which had failed to win a majority for a generation, modernising it, and championing causes such as gay marriage and overseas aid.

He is painfully aware that his only legacy will be holding a referendum he failed to win.

The book will try to counter the widespread view that he scarpered at the first sign of trouble.

As prime minister, he was of course no stranger to incredibly tough calls, whether it was the airstrikes in Libya, the ongoing war in Afghanistan, or the independence referendum in Scotland. 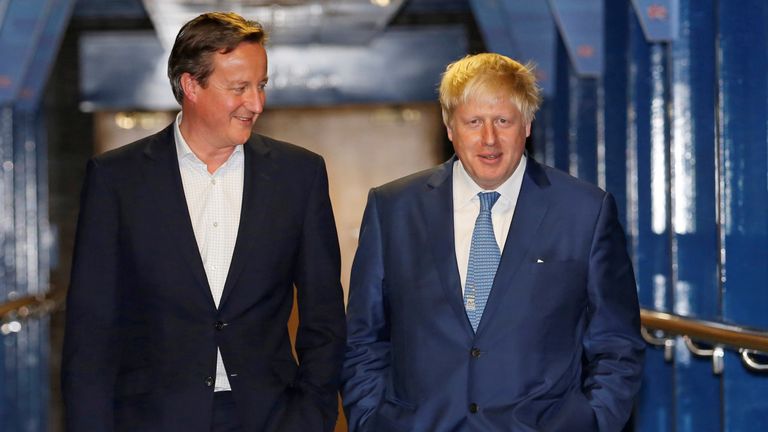 But as he acknowledges himself, he was often regarded as the chillaxing prime minister for whom setbacks appeared to be water off a duck’s back.

This book lays bare his personal anguish, not about the referendum itself – which he insists was inevitable – but about his efforts to renegotiate Britain’s membership and the campaign that followed.

Mr Cameron was criticised by others on the Remain campaign for refusing to directly attack his Tory colleagues on the Leave side, shunning so-called “blue on blue” attacks. In the interview, he lets some of his frustration out.

Boris Johnson and Michael Gove “left the truth at home” with the £350m for the NHS message that was plastered across the bus.

They were “appalling” and “trashed” the record of his government. For Mr Gove, who was his close personal friend, the rift clearly still runs deep. Mr Cameron is understood to still feel betrayed by his friend taking such a frontline role in the Leave campaign.

Many on his side of the argument will feel no sorrow for him, victim – they will say – of his own arrogance. He was the prime minister who had wanted to stop “banging on about Europe” and ended up consumed by it. 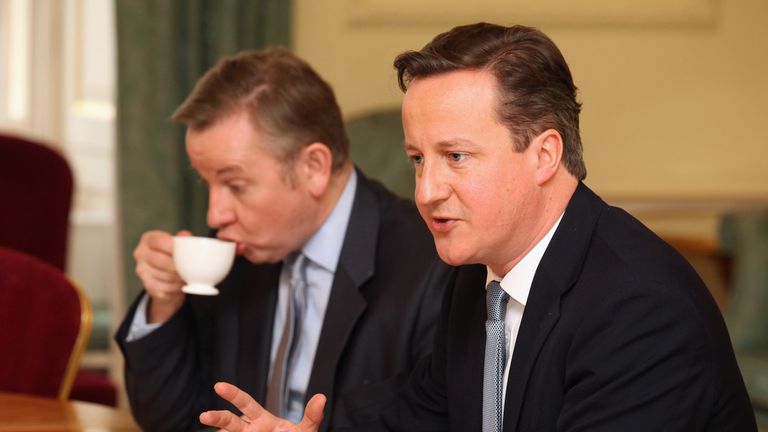 Certainly he is painfully aware that many Remainers will never forgive him and says he regularly gets shouted at in the street by angry members of the public.

He clearly feels the Leave side used underhand tactics. And with those who fronted the Vote Leave campaign now running the government, he criticises them for proroguing parliament and opening the door to a no-deal Brexit.

By the time the book is published next week, the Brexit story may have taken more twists and turns no one could predict.

We now know his story – but how it all ends is out of his hands.