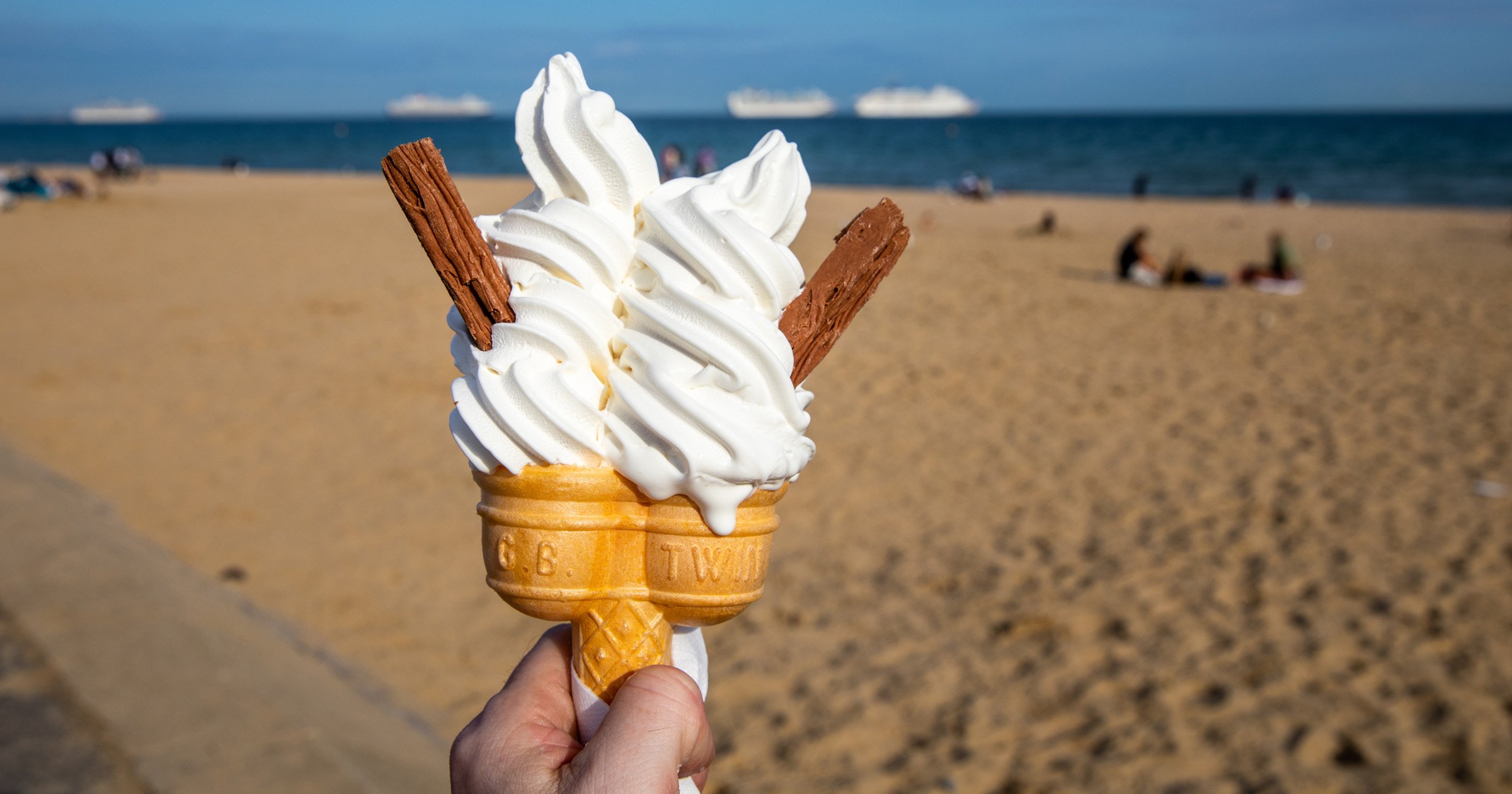 Summer is quickly approaching and that calls for one thing – ice cream.

As the weather gets warmer, many will be looking forward to hearing that nostalgic tune of their local ice cream van to run out and grab a 99 Flake.

But a recent supply shortage of Cadbury’s crumbly chocolate topper could mean many vendors will be leaving customers disappointed this summer.

Cadbury’s owner, Mondelez, said the supply shortage was down to a recent surge in demand it had not expected.

The company did not say how long the supply shortage could last but said 99 Flakes can still be ordered.

Several ice cream vendors told the Irish Times that they have never experienced a shortage like it and were struggling to get hold of more batches in time for the busy summer months.

Paddy O’Donnell said his business Clarmac has so far sold more Flakes this year than he had by mid-summer last year and said he was ‘lucky’ to have some stock left.

He told the paper: ‘They are impossible to get at the moment but there is word they will be coming out in dribs and drabs.

‘It is the first time I heard of a shortage like this.’

Cadbury said the real reason behind the name ’99’ has been ‘lost in the mists of time’ but one theory is that it was inspired by Italian soft ice cream makers in Country Durham in 1928.

A Cadbury sales manager took inspiration from the Italians after noticing that they were cutting Flakes in half and adding them to ice cream to boost sales.

Another theory is that it was inspired by the Italian monarchy when the King would have a specially chosen guard consisting of 99 men, meaning anything of special importance would be nicknamed the ’99’.