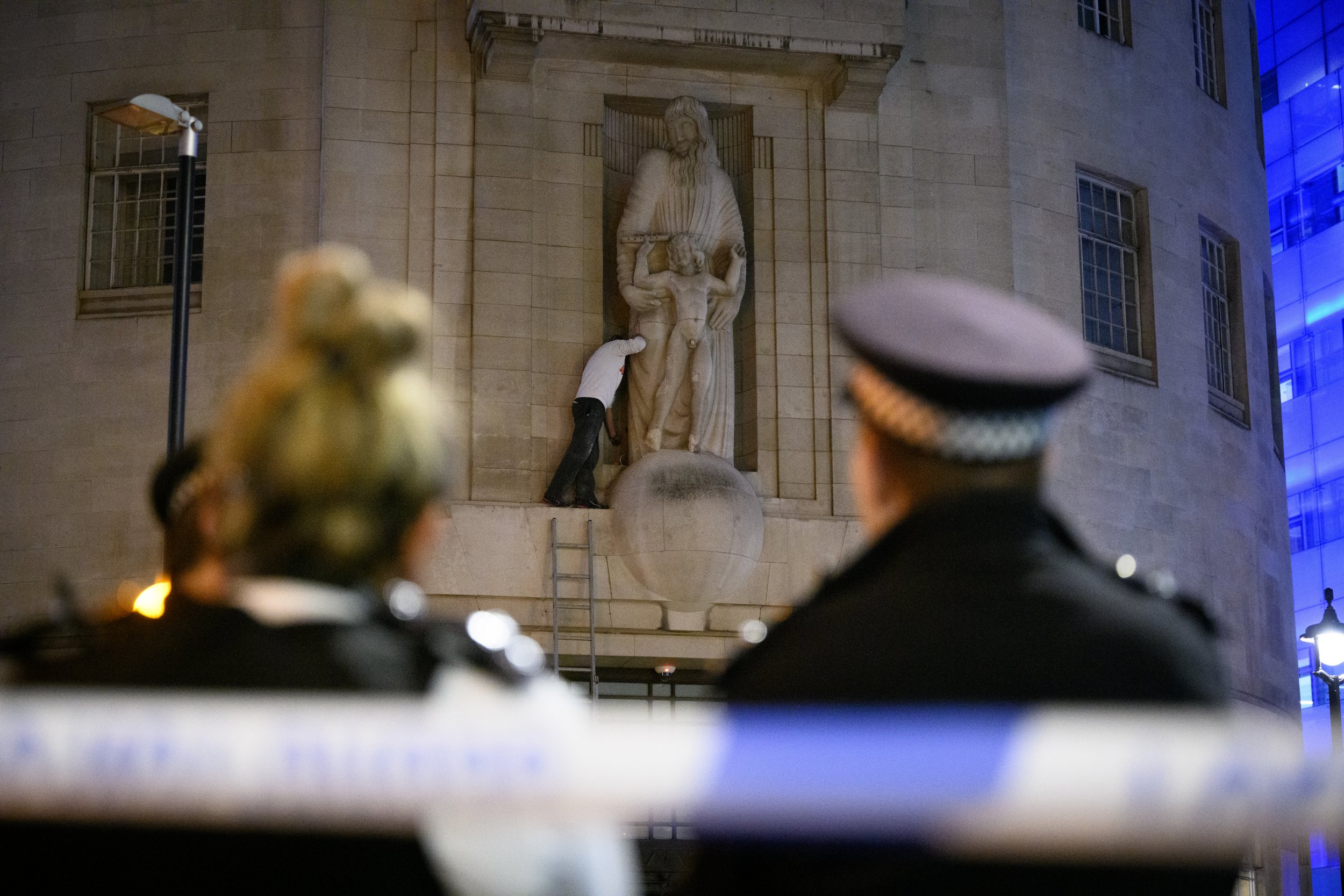 The first time I ever heard about sculptor Eric Gill and his paedophile history was yesterday, after seeing the news of a man trying to deface a statue of one of his creations outside the London BBC headquarters.

The more I read about Gill’s past – including the sexual abuse of his daughters, sisters and dog, which was first reported in a 1989 biography by Fiona MacCarthy – the more disgusted I became. Why is a statue that features a clothed man with a naked child by this horrendous artist outside our national broadcaster?

As a rape survivor, I’m appalled and I believe everything associated with this man should be taken down and destroyed. Keeping it up sends the worst message to people like me – that art is seemingly more important than letting us heal from our pain.

At the age of 13, I went out with a friend while her mum was away. At some point during the night, two men took us back to my friend’s mum’s empty flat and for over four hours violently raped me.

Immediately afterwards, I felt degraded, embarrassed and both physically and emotionally scarred – but on top of that, I felt incredible shame, so I tried to bury it for many years.

I didn’t speak out about it or go to the police because I believed the perpetrators when they said they’d kill me if I ever told anyone.

It wasn’t until I opened up about my past in therapy that I eventually found the courage in 2014 – around 35 years after the incident – to be public about what happened to me.

I was just so tired of feeling guilty – something that should belong to the perpetrators. It had nothing to do with me, the clothes I wore or the alcohol I drank that night, it was on them.

After sharing my story, I received the most remarkable support and since then, I honestly believe it’s my calling to pay it forward and help other survivors heal from their trauma by being open about mine.

Today, I think I have something called ‘post traumatic growth’, which simply means that, despite what happened to me, it’s shown me that I’m so much stronger than I think I am and the shame doesn’t affect me anymore.

But that’s not the case for a lot of other survivors, so when they look at the statue created by Eric Gill, that discomfort and trauma can come bubbling up to the surface.

A BBC spokesperson has now released a statement saying they won’t remove the statue but they don’t ‘condone the views or actions of Eric Gill’. They added that the statue was originally commissioned ‘as an appropriate symbol for the new dawn of broadcasting’.

To that, I say it’s totally offensive to keep the statue up knowing what we do about the artist who created it.

There’s no denying it’s a beautiful piece of artwork but it’s been made by an abuser, and I can’t separate the art from the artist. I firmly believe that we shouldn’t celebrate the lives of people with problematic pasts – even if they’re considered one of the greatest and most influential British artists of the 20th century.

For the same reason, I’ll never watch a Woody Allen film. I no longer listen to music by Gary Glitter or R Kelly and if Michael Jackson comes on, I’d just turn it off.

But it’s a minefield because I didn’t realise how extensive Eric Gill’s art is – his ‘Stations of the Cross’ is in Westminster Cathedral, his sculptures line the 55 Broadway building in St James’s Park and we even commonly use his font, Gill Sans.

It’s disturbing to know the story behind the artist in all these works and I’ll never be able to look at them without thinking about that. The more I think about Gill, the more I’m sickened and truly believe we need to take all of his works down.

It’s like when the statue of former slave trader Edward Colston was removed in Bristol – albeit unorthodoxically. People like this should not be celebrated or memorialised, especially if it’s been commissioned by our national broadcaster.

The BBC said that they ‘think the right thing to do’ is for people to have ‘discussions’ about the statue and I agree that it’s important that these discussions are had. But if those discussions don’t eventually lead to a decision being made on the swift removal of the statue, then that’s a real shame.

Taking down the statue will send a message to survivors like me that the BBC doesn’t want to glorify an abuser. Most importantly, it will show that there’s support and it will make such a difference to people’s healing.

Do we really want a society where we’re glorifying this abusive man’s work?

Madeleine Black’s debut memoir Unbroken is available to buy on Amazon here and you can listen to her podcast Unbroken: Healing Through Storytelling here.