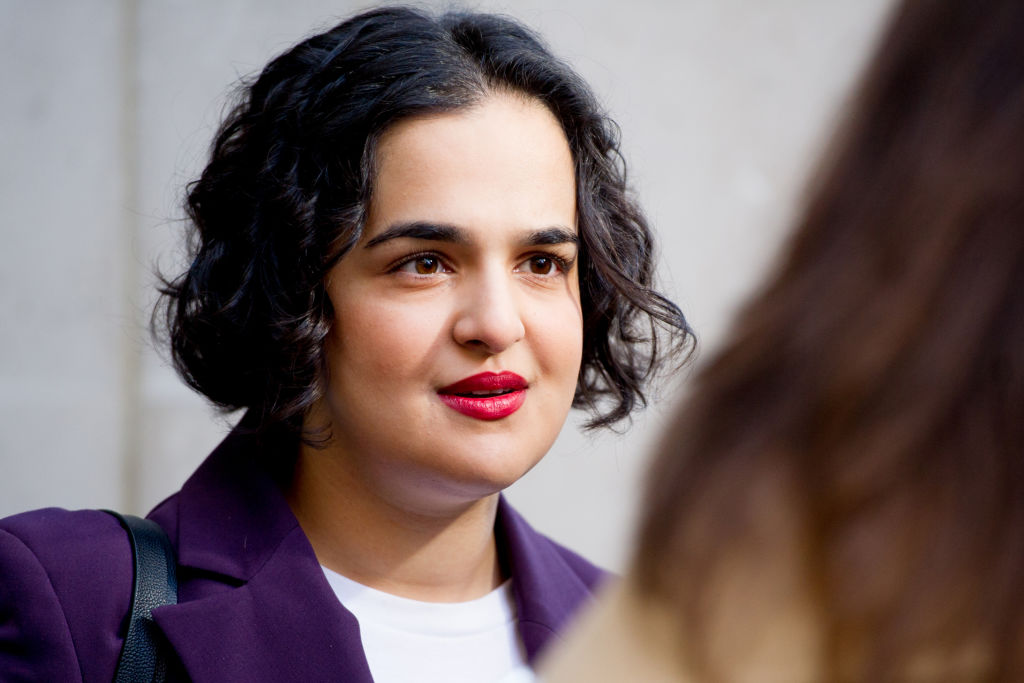 When Nadia Whittome MP announced she was taking ‘several weeks off’ from her work on Tuesday because she’s suffering from Post Traumatic Stress Disorder (PTSD), people accused her of diminishing what ‘real sufferers’ go through and being ‘unfit for purpose’.

In fact, one publication stated: ‘Parliament may be daunting though nothing akin to the trenches of the First World War.’

It seems there’s a resurgence in the incorrect belief that only military personnel can get PTSD.

As someone who has had PTSD but not been in the Armed Forces, I can confidently say that this is a frustrating, factually inaccurate and incredibly damaging attitude.

I was assaulted in 2013, but it wasn’t until two years later that my GP finally said the words: ‘I think you may have PTSD’.

The diagnosis came about after I became terrified of everything and everyone, and unable to do any of my regular day-to-day activities.

At times, I was unable to move, breathe or speak from the all-encompassing fear brought on by simply trying to go about my everyday life. I even developed psoriasis under my eyes from crying so much.

My muscles and joints were in agony from being tense and on alert for dangers I perceived in everything around me. I’d chip my fillings out from clenching my teeth so hard. I didn’t sleep for more than an hour at a time – being woken by the slightest sound and immediately going into full panic mode.

I couldn’t go out alone, but I couldn’t be alone in the house either. I made life difficult for everyone around me – I wasn’t me anymore and I became a highly sensitive, yet faulty CCTV system.

In some ways, I’d become accustomed to this new way of living, but after announcing to my mum ‘I think my husband is cheating on me’ and ‘I’m going to quit my job and look for a new one’ she realised something wasn’t right.

She could see there was no logical reason for me to think either of those things. She gently suggested I speak to my GP.

When they told me I had PTSD, it didn’t fully register it initially – I was too busy crying my eyes out – but when it did sink in, I actually felt relieved. If I had a diagnosis, maybe that means I could be fixed? But I was also confused as I hadn’t been in the Armed Forces, so how could I have PTSD?

I thought this way because the condition is incredibly misunderstood – the causes, symptoms and treatments are all areas in which there is misinformation circulating, particularly online.

Perpetuating the opinion that the mental health diagnosis discriminates against its ‘victims’ based upon their occupation is likely to further fuel the number of people who have the condition but are afraid to speak up and get help, or simply believe that it’s impossible for their trauma to have affected them in such a way.

The term Post Traumatic Stress Disorder was actually only introduced in the 1980s, but much of the misunderstanding is due to the various names it had previously been given: ‘shell shock’, ‘combat stress reaction’ or ‘post-Vietnam syndrome’.

But the more I found out about it, the more it made sense.

My research showed that PTSD can develop after experiencing or witnessing any traumatic life-threatening event or serious injury such as child abuse, burglary, childbirth, road traffic accidents, bereavement or assault.

Seeing the vitriol sent Nadia’s way – like people commenting ‘she doesn’t have PTSD’ or ‘this is an insult to the real victims’ – I felt for her because it’s incredibly unhelpful and can be very detrimental to anyone who has the condition.

When public figures bravely speak up about their experiences with mental health, it can really help educate and inform people on how these conditions can be caused, the symptoms they may experience and the treatments that are available.

I do hope Nadia doesn’t regret being so publicly open and honest about her diagnosis but moreso, I hope she’s been able to avoid reading too many of the negative comments.

I received similar comments of ‘you just need to get over it’ or ‘you’re safe now, so just move on’, but the bottom line is that people don’t know what you’re going through and they make assumptions about a condition they so often don’t know enough about.

The commentary of ‘but you’re not in the army’ further fuelled my feelings of unworthiness and guilt at having this life-changing reaction to something that had happened in my past.

The condition can make you feel so helpless, alone and isolated from those around you

For me, help came in the form of a psychotherapy called eye movement desensitisation reprocessing (EMDR), a process which replicates REM processing (the ‘rapid eye movement’ part of sleep where your brain processes memories).

After the treatment – which only took six sessions – I was able to be in an unlocked car alone, have a bath in an empty house, play music again, go out in my garden alone, and even drive with the windows down. Yes, these sound like small things, but they were massive changes for me.

I was able to go back to work and return to the ‘old me’ with no symptoms at all. Six years later, I’m still completely symptom-free.

I’ve always felt that knowledge is power when it comes to PTSD. If you understand the symptoms, how it can make you feel and most importantly the treatments that can help you, then you’re able to begin on that path to recovery when you’re ready.

The condition can make you feel so helpless, alone and isolated from those around you, so knowing that someone perhaps understands a little more about it, can empathise with how you feel and can be patient with you, can mean the world.

I don’t ever want anyone to feel as helpless or hopeless as I did, so I set up PTSD UK – a charity which aims to help raise awareness of the condition for everyone affected – no matter the trauma that caused it.

To Nadia, and anyone else experiencing PTSD: tomorrow can be a new day – things can get better. I couldn’t possibly see how my brain could get ‘fixed’ but it did – and I’m grateful every day for the treatment I had.

It might take time, and it won’t necessarily be a straightforward process, but there is hope.

You can find out more about PTSD, what PTSD UK does and how to help on their website.