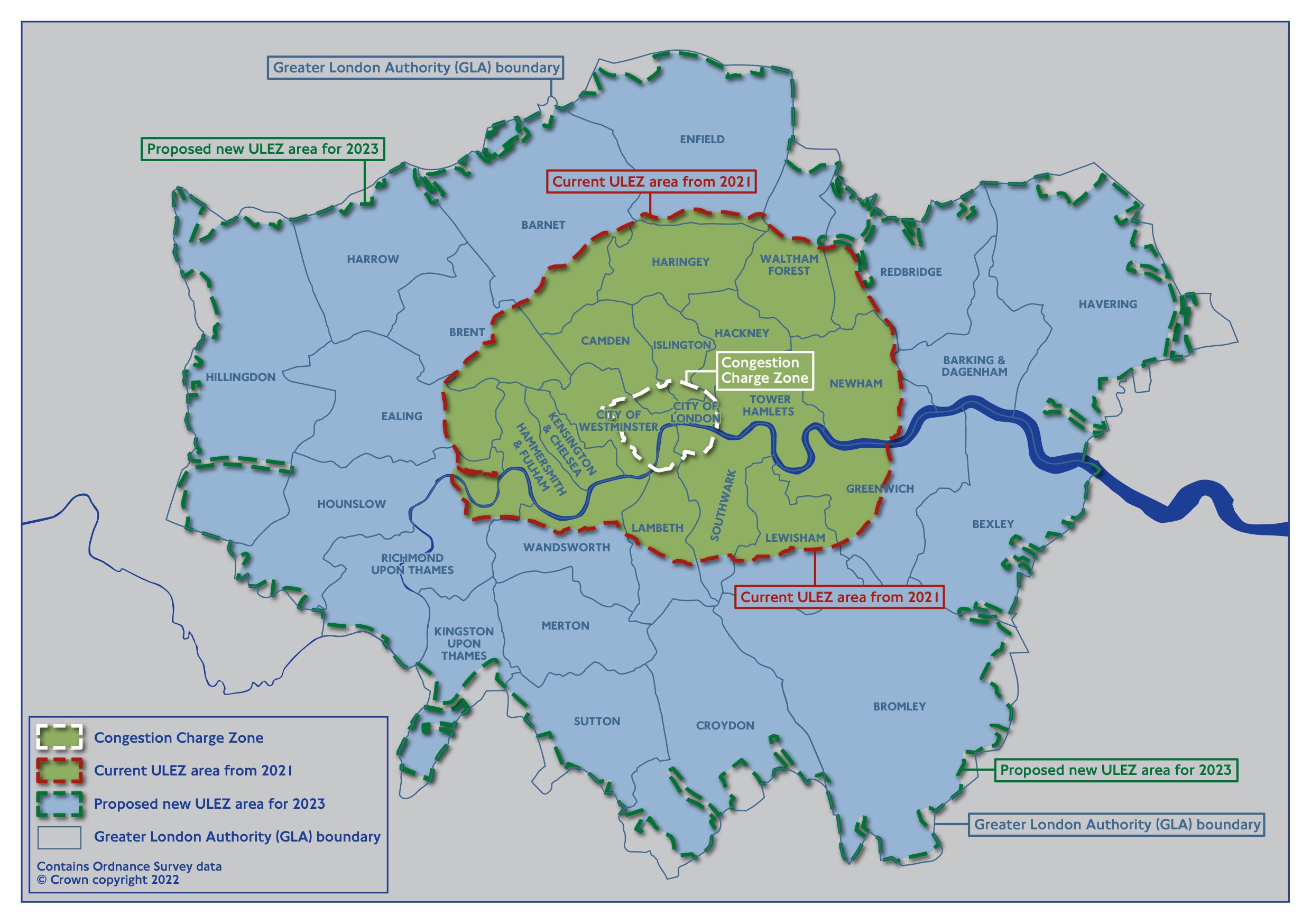 Sadiq Khan has announced the ultra-low emission zone (Ulez) will be expanded to cover the whole of London.

It means hundreds of thousands more motorists will face a £12.50 daily charge to drive in the capital.

The scheme is currently limited to the area within the North and South Circular roads. From August 29 next year it will be expanded across the entirety of Greater London.

It operates at all times except Christmas Day.

Transport for London (TfL) estimates that on an average day about 160,000 cars and 42,000 vans that use London’s roads would be liable for the fee.

But transport officials believe that by the end of next year the expansion of the scheme will have encouraged tens of thousands of those drivers to switch to vehicles that comply with the minimum emissions standards or use other modes of getting around such as walking, cycling or public transport.

Whether or not a vehicle is liable for the charge depends on how much nitrogen dioxide it emits.

Drivers can check the status of their vehicle by entering its registration number on TfL’s website.

Mr Khan said air pollution is making Londoners ‘sick from cradle to the grave’, with illnesses such as cancer, lung disease, dementia and asthma.

He described the Ulez as ‘transformational’ and claimed extending it will mean ‘five million more people will be able to breathe cleaner air and live healthier lives’.

The mayor insisted that the rising cost of living was a ‘key consideration’ in his decision on whether to implement the proposal, which was featured in a public consultation between May and July.

This led to him introducing measures such as a £110 million scrappage scheme to support Londoners on lower incomes, disabled people, small businesses and charities to scrap or retrofit their non-compliant vehicles.

There will also be a major expansion of bus services in outer London.

Mr Khan added: ‘Expanding the Ulez London-wide has not been an easy decision.

‘The easy thing for me would have been to kick the can down the road. But in the end, public health comes before political expediency.’

Billionaire businessman Michael Bloomberg, who is the UN Secretary-General’s special envoy on climate ambition and solutions, claimed Mr Khan’s leadership is ‘helping to clean London’s air and set an example for cities around the world’.

But RAC head of roads policy Nicholas Lyes said the announcement will be ‘a hammer-blow for desperate drivers and businesses already struggling with crippling fuel costs’.

Michael Lloyd of the Federation of Small Businesses said a ‘heavy-handed’ Ulez expansion will ‘leave many small firms in a precarious position’.

He added that a recent survey of affected small businesses suggested 18% planned to shut down if the extension went ahead, and 25% intended to pass the extra cost on to customers.