Research commissioned by Crisis found 170,000 families and individuals were facing the worst forms of homelessness, including sleeping on streets, sofa-surfing with strangers and living in hostels.

In Manchester, 47-year-old rough sleeper Joe told Sky News he was unable to find emergency accommodation because there were not enough places. 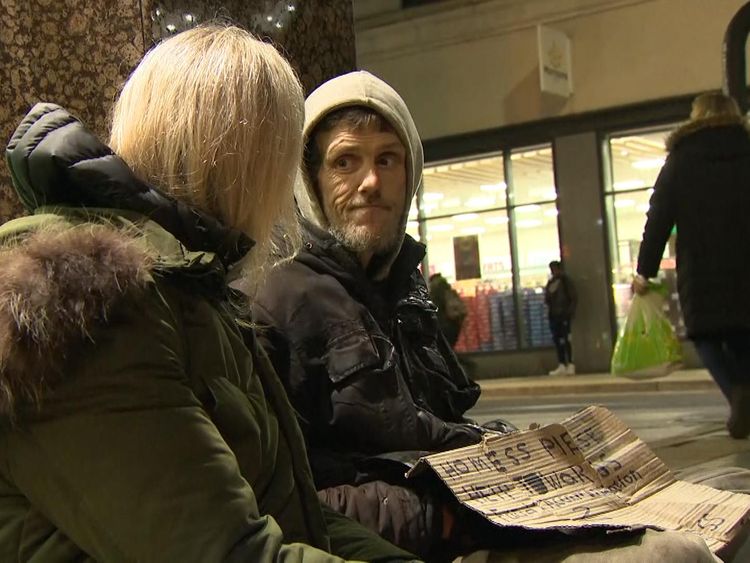 Describing his experience of living on the street, he said: “People set you alight, p*** on you, kick you.

“You need to sleep with one eye open, you know what I mean.”

An estimated 500 people sleep rough on the streets of Greater Manchester.

But this year, Greater Manchester Mayor Andy Burnham has pledged to provide shelter for people sleeping rough every night of the winter. 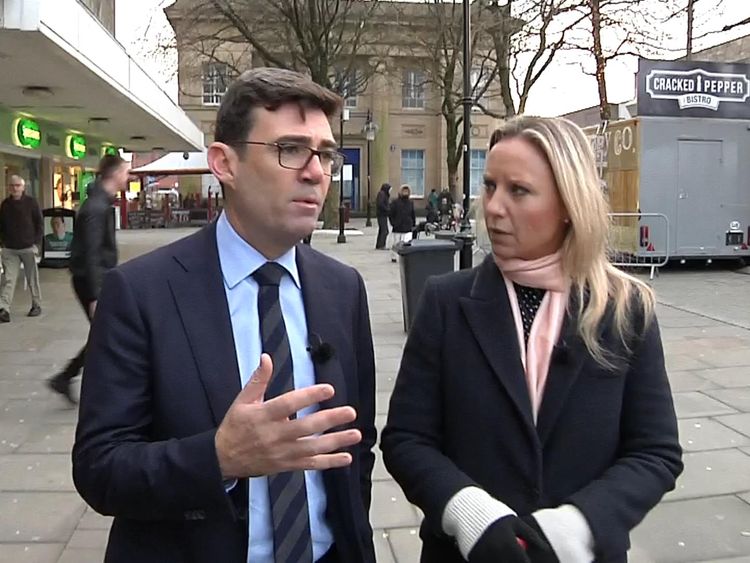 One of the region’s new shelters in north Manchester is a former children’s home with twin rooms instead of dormitories.

One resident, who asked not to be named, said he had been homeless for two years after his wife died.

“I just lost my head,” he told Sky News. “I just couldn’t cope…it’s been hell.

“Once you become homeless you just get stuck in that rut. There’s no coming back from it, you know what I mean. 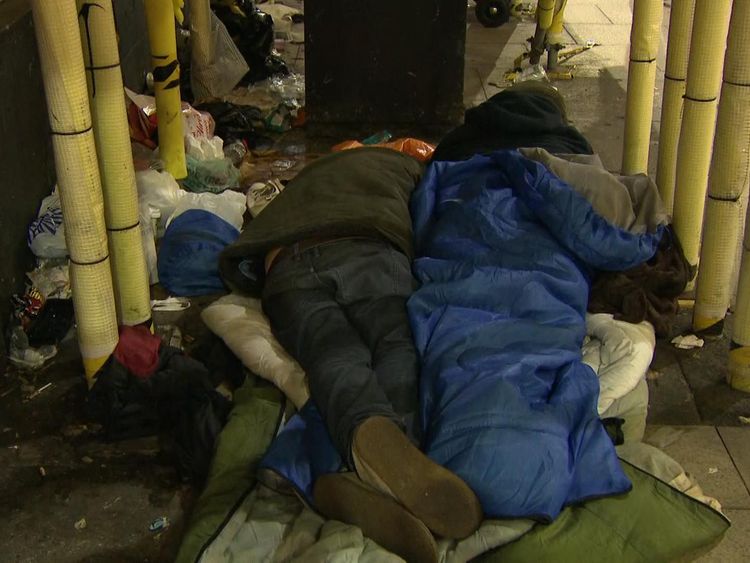 The government wants to end rough sleeping by 2027, while Mr Burnham says he is seeking to go further and reach the target in Greater Manchester by 2020.

He told Sky News: “In politics you hesitate before you go out there with a big commitment but to be honest, it’s urgent.

“It’s a humanitarian crisis right here before our eyes. If you can’t make a big commitment what’s going to change?”

The mayor’s pledge means more shelters will be open in Greater Manchester through the winter until 31 March.

One’s lovin’ it: Queen owns very own McDonalds – and you can visit

Christian B: What we know about jailed German Madeleine McCann suspect