Holidays to commence as Europe ‘on the green list in weeks’

EU ambassadors are expected to sign off on a plan today allowing those fully vaccinated to fly to the Continent without being required to have a Covid test or quarantine. But the Prime Minister said it was “very important” that people “grasp” that they should not be travelling to amber-list nations. Currently, all European countries except Portugal and Gibraltar are rated amber, requiring travellers to quarantine and take two PCR tests on their return.

But 150 flights reportedly left the UK for countries including France, Greece, Spain and the US on Monday, prompting confusion about the advice being issued by Government ministers.

If the EU ambassadors agree a strategy, it means countries within the bloc will adopt uniform requirements that would give fully vaccinated tourists from low-risk nations entry to France, Spain, Italy and other popular holiday spots.

Mr Johnson said: “It’s very important for people to grasp what an amber-list country is: it is not somewhere where you should be going on holiday.

“And if people do go to an amber-list country, they absolutely have to for some pressing family or urgent business reason, then please bear in mind that you will have to self-isolate.You’ll have to take tests and do your passenger locator form and all the rest of it.

“You’ll also have to self-isolate for 10 days when you get back and that quarantine will be enforced with fines of up to £10,000.”

Labour yesterday called for a “pause” on international travel to “guard against further importing of dangerous strains”. 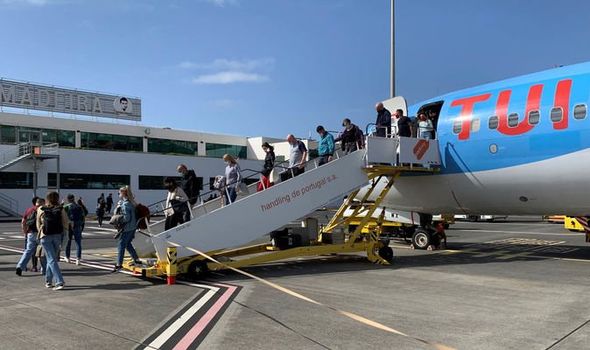 If the EU plan goes ahead the bloc will permit holiday travel from nations with infection rates below 100 cases per 100,000 of the population, rather than the current 25 per 100,000.

The UK currently has 44 cases per 100,000 and the US, which is also expected to be included, has 35 per 100,000. They would join a list of seven countries, featuring Singapore, New Zealand and Australia, currently allowed into the bloc for non-essential travel.

EasyJet has launched a Covid-19 Travel Hub on its website, offering interactive information about rules for flights to 35 countries on the carrier’s European network.

Sophie Dekkers, chief commercial officer, said: “We expect the number of countries on the green list to grow next month.

“We have flexible policies so customers can book and change plans if they need to.” But holidaymakers were confused after Environment Secretary George Eustice said they could go to amber-listed countries if they “feel they need to travel”.

He told BBC Radio 4’s Today: “We don’t want to stop travel altogether and the reason we have the amber list is because there will be reasons why people feel they need to travel to visit family or friends.

He told fellow peers: “Travelling is dangerous. That is not news to us or to the people who get on those planes. Travelling is not for this year, please stay in this country.”

She added: “The Government appears to have accelerated holiday travelling almost by accident, making it much easier for people to travel to amber-listed countries, but only belatedly telling people they should not be doing so. The traffic light system is just not working well enough at the moment.” 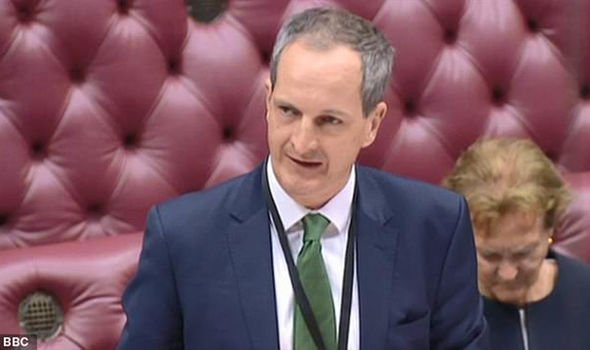 Ms Cooper fears queues and delays at airports could result in “super spreading” if extra safety measures are not put in place.

She said: “It’s irresponsible. If you have people waiting for long periods in a not brilliantly ventilated arrivals hall, standing very close to each other, that’s a super-spreading risk.”

“There is a lack of strategy, which has meant the Government, and their own ministers, are giving out conflicting and confused advice. Labour has been clear there should be a pause on international travel, to guard against further importing of dangerous strains, setting back hopes for ending restrictions.”

Downing Street also faced claims from Dominic Cummings that the border policy was “a joke”. Mr Johnson’s ex-chief adviser tweeted it was “part disaster, part nonexistent”. A spokesman for No 10 said: “We have some of the strongest border measures in the world.”