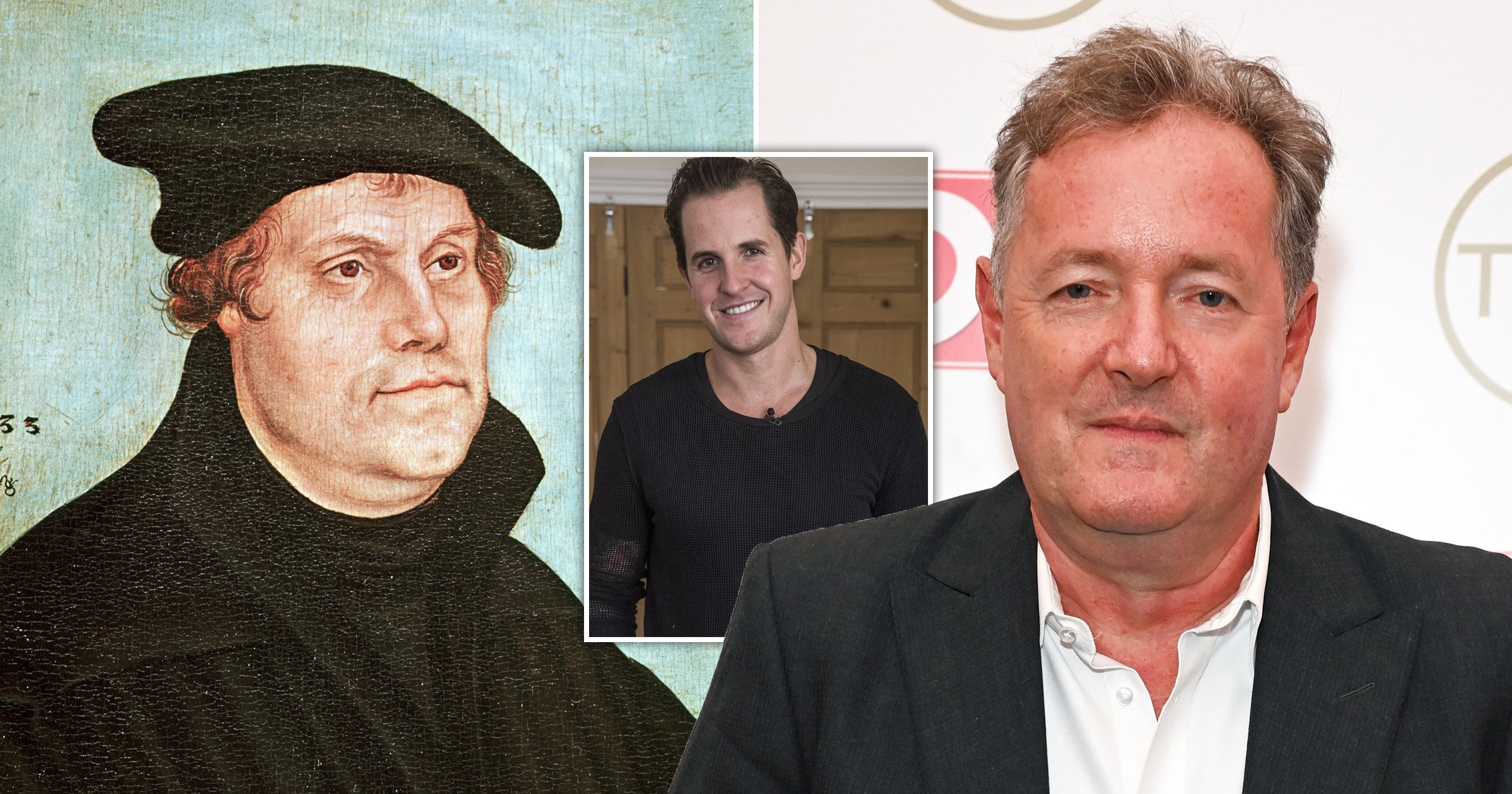 Historian Dan Jones has likened ‘super annoying’ Piers Morgan to some of history’s most annoying characters.

The bestselling author said he was reminded of the outspoken talk show host when writing his latest book on the Middle Ages.

Jones, who is also a TV presenter, described Morgan as a ‘terribly irritating’ character who he wishes would ‘shut up’.

He raised laughs from an audience in Warwick by taking the swipes as he touched on the 16th Century reformer Martin Luther, a German monk and prolific writer whose work includes the ‘95 Theses’.

Jones’s new title, Power and Thrones, covers 1,000 years of history, a span of the Middle Ages also taking in the Roman Empire and the warlike Mongols, who were led by Genghis Khan.

‘He’s like Piers Morgan, he just can’t stop writing…Shut up!

‘I think he [Luther] is probably a figure of more lasting historical importance, but I wouldn’t say that to Piers Morgan, there would just be an argument that I would never win.

‘I ended up feeling he is on the right side of history but he’s terribly irritating, he didn’t have to aggravate everyone quite so much, maybe he is like Piers Morgan.

‘Piers Morgan on certain questions where there’s a stop-clock where he’s right twice a day, so I had that experience with Luther…super annoying…I don’t want to be on your side.

‘Then again I gave him the last words in the book because he’s such a great character, My sympathies as a writer are always with the characters who give me great copy and great quotes.’

Jones, who presents the Secrets of Great British Castles documentary series, spoke in jest after taking a question from the audience at Warwick Words Festival on Sunday.

The award-winning writer was discussing his new work, Power and Thrones; A New History of the Middle Ages, which takes in some of the most notorious and influential characters who helped shape the modern world.

Jones, 40, risks a twitter response from Morgan, who was in typical jousting form today as he continued his one-man war on ‘woke’.

Responding to a report that the new DC Comics Superman will begin a romance with a male friend, Morgan wrote: ‘Excellent! But for real inclusion, I’d also like to see Lois Lane become pansexual and Lex Luthor identify as a gender-fluid lesbian.’

One user fired back: ‘Maybe (like the anti-vaxers) you should just stop having opinions about things you don’t understand?’

The former newspaper editor, 56, who stepped down from Good Morning Britain in March, is further cementing his place in media history by joining Rupert Murdoch’s new channel, talkTV.

In a casting call for his new show, he wrote: ‘We’re hiring for my new show & an exciting new TV network. We only want the very best – so no annoying woke snowflakes need apply, thanks.’

One critic fired back: ‘Successful applicants will be prepared to misrepresent, manipulate, sell their soul in pursuit of a good story (truth not essential).

‘Performance judged on ratings, however achieved is irrelevant. Anyone with a conscience, integrity, morals or ethical approach need not apply.’

The channel is being launched by News UK and is scheduled to be available from early 2022 on all platforms.