More than £3million is being invested in the crewless Pacific 24 boat – and other autonomous small craft technology. The craft will be able to operate individually – or in groups – reaching speeds of up to 38 knots (almost 44mph).

Minister for Defence Procurement Jeremy Quin said: “Commencing the trials of the crewless Pacific 24 boat is an important stepping stone in the Royal Navy’s development of its autonomous capability to ensure our fleet remains at the forefront of military innovation and technology, ready to meet the evolving threats of modern warfare.”

The drone boat is sponsored by NavyX – a specialist naval branch dedicated to developing, testing and trialling cutting-edge technologies for use on the front line.

The team has teamed with BAE Systems, which builds the regular, manned Pacific 24 in Portsmouth, to commission the new boat. 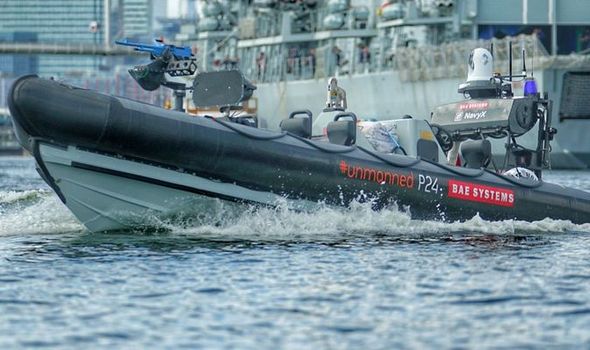 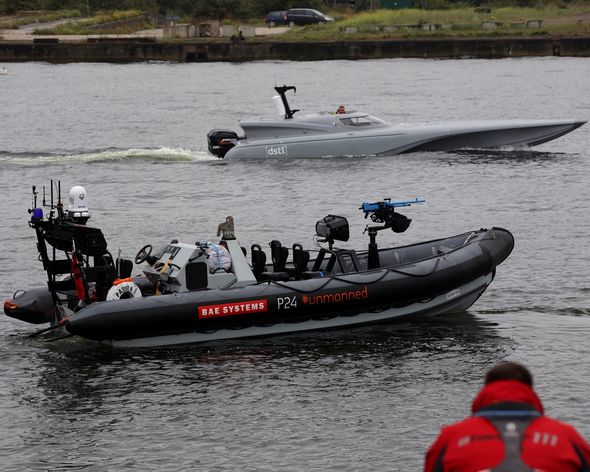 A prototype, controlled from frigate HMS Argyll, was unveiled at the DSEI defence/technology event in London in September.

Since then, BAE and the Navy have been developing a working model fit for the front line.

While the boat’s hull and propulsion system remain the same, the control system and sensors have been changed to allow for autonomous movement – meaning a sailor should be able to give the unmanned craft a set of generic tasks, with the boat deciding for itself how it carries out them out. 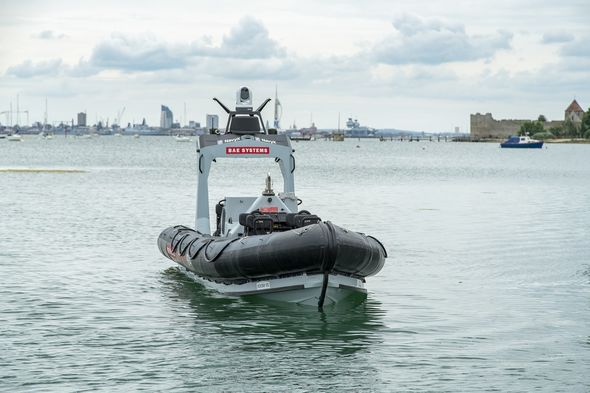 The boat was successfully launched at Trafalgar Wharf, Portsmouth, earlier this month, despite of the difficulties posed by the ongoing COVID-19 pandemic.

The vessel will now be integrated into a front-line warship’s combat and navigation systems later in the year.

Depending on how it performs, the Royal Navy will decide whether to invest in an entire fleet, or just a few for specific missions.

DON’T MISS
World War 3: How has Iran responded to the US airstrikes? [INSIGHT]
British troops serving in the Middle East could ‘possibly’ be killed [VIDEO]
World War 3 warning: Iran could unleash ‘disastrous’ response to US [INSIGHT] 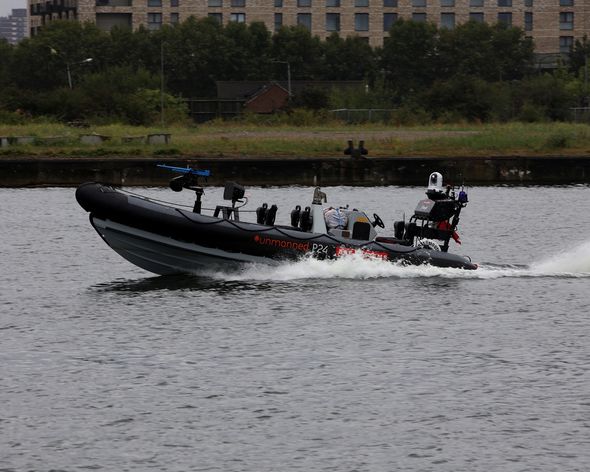 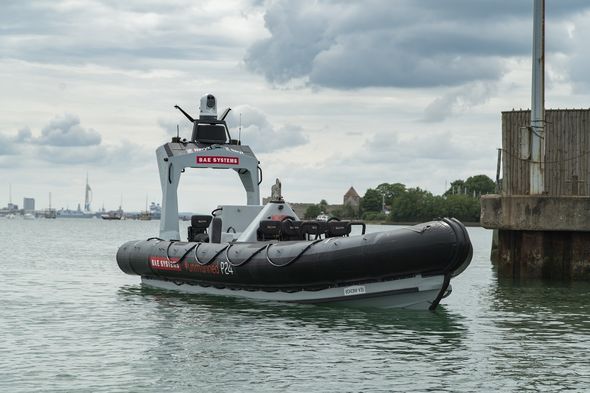 The autonomous Pacific 24 is not just a step change for the Royal Navy in unmanned operations, it also ensures the Navy remains at the forefront of technological improvement and innovation

Specifically, they could be adopted on future classes of warships, such as the Type 26 or Type 31 frigate.

The crewless Pacific 24 will be able to execute its own missions and be run from a warship.

Lieutenant Commander Rob Manson of the NavyX team said: “The autonomous Pacific 24 is not just a step change for the Royal Navy in unmanned operations, it also ensures the Navy remains at the forefront of technological improvement and innovation. 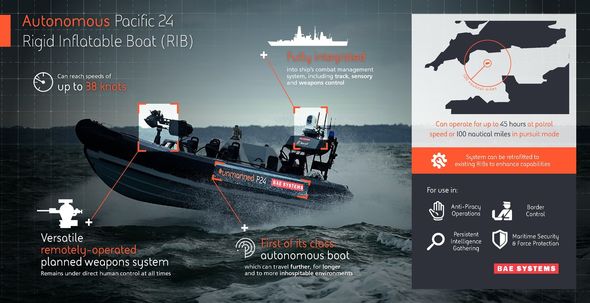 “While initial tasks are likely to be familiar to those who already operate a Pacific 24, the autonomous nature of this craft adds huge capability and flexibility.

“Additionally, this capability can be constantly improved, allowing continuous updates and capability upgrades, resulting in regular additions to the toolbox of operational planners.” 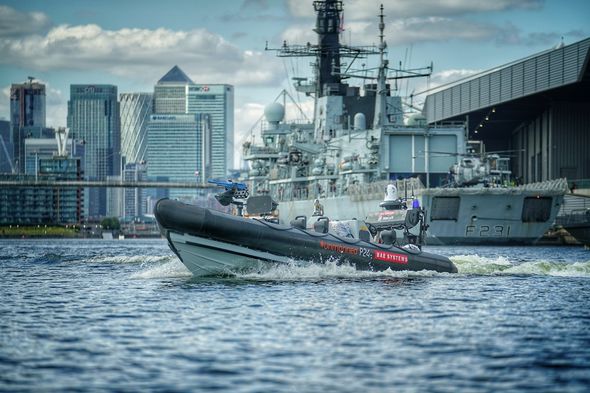 “This milestone has been a goal since we first demonstrated the unmanned capabilities of our Pacific boats to them last year.

“It is a key step in supporting NavyX, turning what was originally an innovative research and development experiment into a fielded capability for the Royal Navy.

“We are proud to support the Royal Navy’s autonomous requirements, which includes increasing its operational effectiveness whilst reducing the burden on, or threat to, its sailors.”