Kate, the Duchess of Cambridge, 40, hosted the event on the importance of early childhood development, a cause that is notably “very important” to the Duchess. It was held at the Royal Institution in London and was attended by various representatives from the early years sector. Speaking on the latest episode of Royally Us, hosts Christine Ross and Christina Garibaldi discussed the Duchess’ latest political move.

Ms Garibaldi noted that we’ve been “talking about this for a while”, adding, “this is a cause that is very important to her”.

The Duchess of Cambridge picked up early childhood development between birth to the age of five as one of the leading causes to focus her efforts on shortly after joining the Royal Family in 2011.

She added that Kate is “really pushing for this”.

The royal expert added: “This is her first roundtable with politicians.” 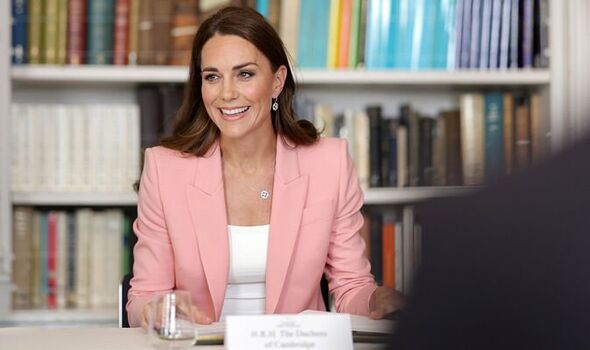 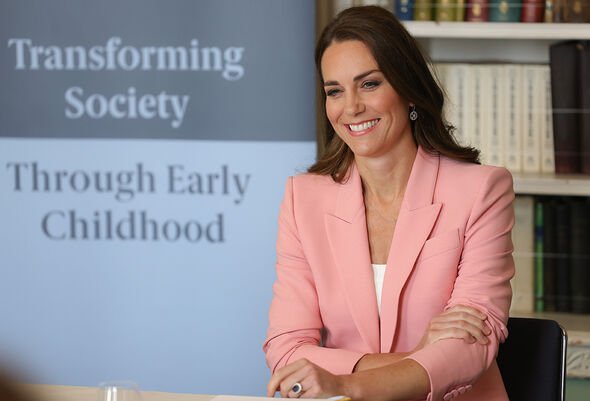 Ms Ross added: “This is going to be, I think, her life’s legacy [is] early childhood support and well-being.

She claimed that she would almost credit this event as “borderline huge” for a member of the British Royal Family.

This is because the true royal tradition is that the Royal Family “doesn’t engage in politics” and they have to “stay apolitical” and “out of politics”.

However, Ms Ross made note that this event was the opposite of the normal as it was “literally a roundtable with politicans”.

She concluded: “So, it’s going to be really interesting to see how this, you know, how this changes the role of the Royal Family.

“Can they influence policy while remaining, you know, politically neutral”.

Since event was held last week, royal commentator Christopher Wilson spoke and said that he believes that it is “extremely unwise” for a young royal, such as Kate, to hold a meeting with politicians.

He wrote on Twitter: “With the greatest respect, in the present climate it’s extremely unwise for young royals to be sitting down with politicians, however good the cause.

“Good work can be achieved without involving MPs and ministers.” 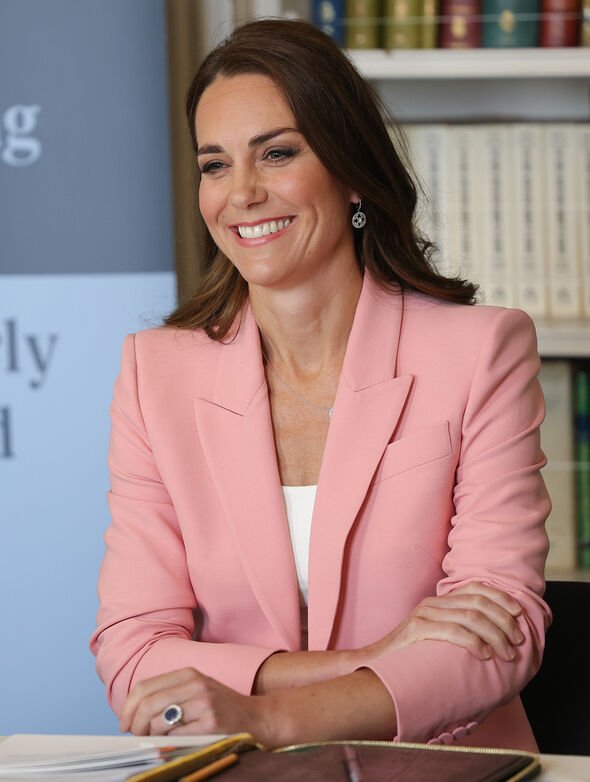 Among the various representatives that joined Kate was Health Secretary Sajid Javid.

During the discussion, the experts took a look at an Ipsos survey carried out on behalf of the Centre for Early Childhood, which was launched by Kate last year.

The poll discovered that 55 percent of the 4,682 adults surveyed recognised that future mental health is the most likely part of adult life to be affected by early years’ experience.

Speaking on the day, Kate said: “Our experiences in early childhood fundamentally impact our whole life and set the foundation for how we go on to thrive as individuals, with one another, as a community, and as a society.