Council leaders in Hartlepool have decided a plaque must be placed on its famous monkey statue to explain its origins in case people are offended by it following the Black Lives Matter protests and scrutiny over statues.

The statue, at the town’s marina, was placed there to represent a tale about a monkey which was mistaken for a French spy in the Napoleonic War and subsequently hanged.

Legend states that the animal was the only survivor of a shipwreck off the northeast coast of England and because the villagers had never seen a monkey before, they mistook it for a Frenchman and convicted it of being a spy. 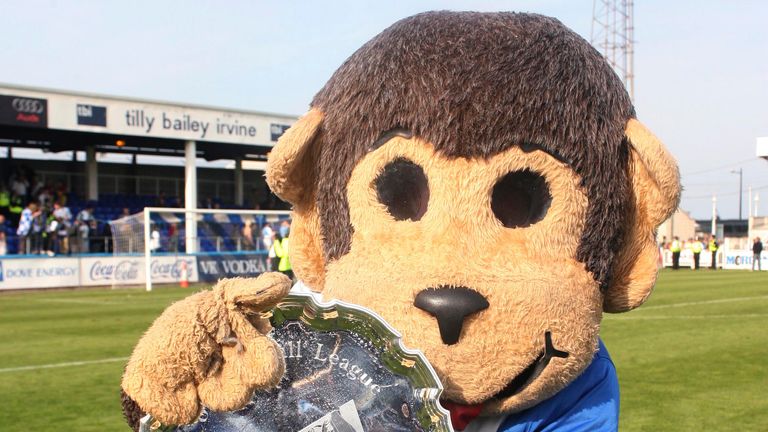 The story has been the subject of songs, plays and books and the town’s football club mascot is a monkey called H’Angus.

There is a lot of debate about whether the event really happened. The first official telling of the story was thought to be in a song performed in 1855.

The Daily Telegraph has reported that a sign will be placed on the monument following conclusions in a report from June 2020 that it could be “misused by those with differing agendas to portray Hartlepool as unfriendly towards foreigners”.

The council made the decision following the scrutiny of the link between statues and colonialism and the slave trade after the Black Lives Matter protests last year.

A Hartlepool Borough Council spokesman told Sky News: “We are currently working on an interpretation of the Hartlepool monkey legend with the intention of installing an explanatory sign on the monkey statue at the Hartlepool Marina lock gates for the benefit of visitors.

“The statue does not belong to the council and is not on our land, but is believed to date back to the 1990s, a time when the Teesside Development Corporation was responsible for regenerating this area.

“We have not received any complaints about the statue, and in fact it helps raise around £2,000 a year for charity thanks to the coins deposited within it by visitors

“In putting up an explanatory sign, we intend to liaise closely with the marina’s current owners, Hartlepool Marina Ltd.”

It is a year since the statue of slave trader Edward Colston was pulled down by protesters in Bristol.

MPs, including Labour’s Rupa Huq, have been calling for statues to be contextualised, rather than removed outright.

In an adjournment debate on Monday Ms Huq talked about the “complex characters of history” and added: “I would say don’t remove these statues, but contextualise them.

“Busts, statues, they’re maybe not what people would memorialise today; they do seem a little bit so last century, or even the one before that.”

She went on: “Do keep them because they are a part of history and they need to be put in proper context.”

Reforms included in the Police, Crime, Sentencing and Courts Bill could mean offenders who damage statues or memorials could face up to 10 years in jail.