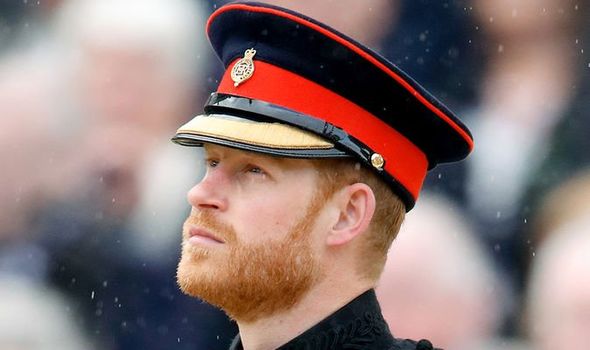 The Duke of Sussex, who spent ten years with the Armed Forces and fought valiantly in Afghanistan, “wants to keep a keen eye on developments,’ they said, and made the request just two months after being formally stripped of his ceremonial military roles.

Publications include Soldier magazine, the official publication for the British Army, RAF News and Air Clues, with official RAF magazines, MoD procurement publication Desider and even Sanctuary, which reports on the MoD’s green agenda.

Curiously, not included on the list are Navy News, the magazine for the Royal Navy, or Globe and Laurel- the official voice of the Royal Marines.

In October last year the Sunday Express revealed that Harry would not be allowed to hang on to his coveted role as honorary head of the Royal Marines after his decision to quit life as a working royal and live in North America with his wife, Meghan Markle.

During the so-called Sandringham summit, in which he met with the Queen, Prince William and Prince Charles to work out arrangements for his new life, it was proposed that he be temporarily stripped of all royal patronages, with both sides agreeing to review options after 12 months.

The deal caused Harry to reportedly tell the Commandant General Royal Marines, Matthew Holmes, that he was “devastated that I am having to step down,” adding: “I feel I’m letting people down, but I had no choice.”

While he had hoped to resume his duties, the decision to permanently remove him from his cherished position as Captain General of the Royal Marines – bestowed in 2017 by his grandfather, Prince Philip – was made three months before that deadline, as Royal Navy chiefs privately conceded that they saw “no reason to alter current arrangements” unless he decided to live in Britain full-time.

This was confirmed in February, when Buckingham Palace announced that : “In stepping away from the work of the royal family, it is not possible to continue with the responsibilities and duties that come with a life of public service.”

A source said last night: “The Duke of Sussex made this request during his visit to Britain in April, when he attended his grandfather’s funeral.

“Though is not a direct subscriber to these publications, he went out of his way to ask that they be sent on to his home in Los Angeles.

“While it is true that the list doesn’t include either the Royal Navy or the Royal Marines publication, it is possible that he is sourcing these via other means.”

Last week it was claimed that the father-of-two, a passionate supporter of the armed forces and founder of the Invictus Games, was so angry about the decision that he agreed to the now infamous Oprah interview less than 24 hours later.

“Harry and Meghan were very cross before Oprah because the final Megxit separation had just been signed off which included Harry not keeping military roles,” one source is reported to have said.

Last night royal author Margaret Holder said: “The fact that he wants these magazines shows that his connection with Britain’s armed forces continues to run deep.

“Those were the most productive years of his life and the element of public service that clearly meant the most to him.”

A spokesman for the Duke of Sussex was contacted, but did not take up an invitation to comment.