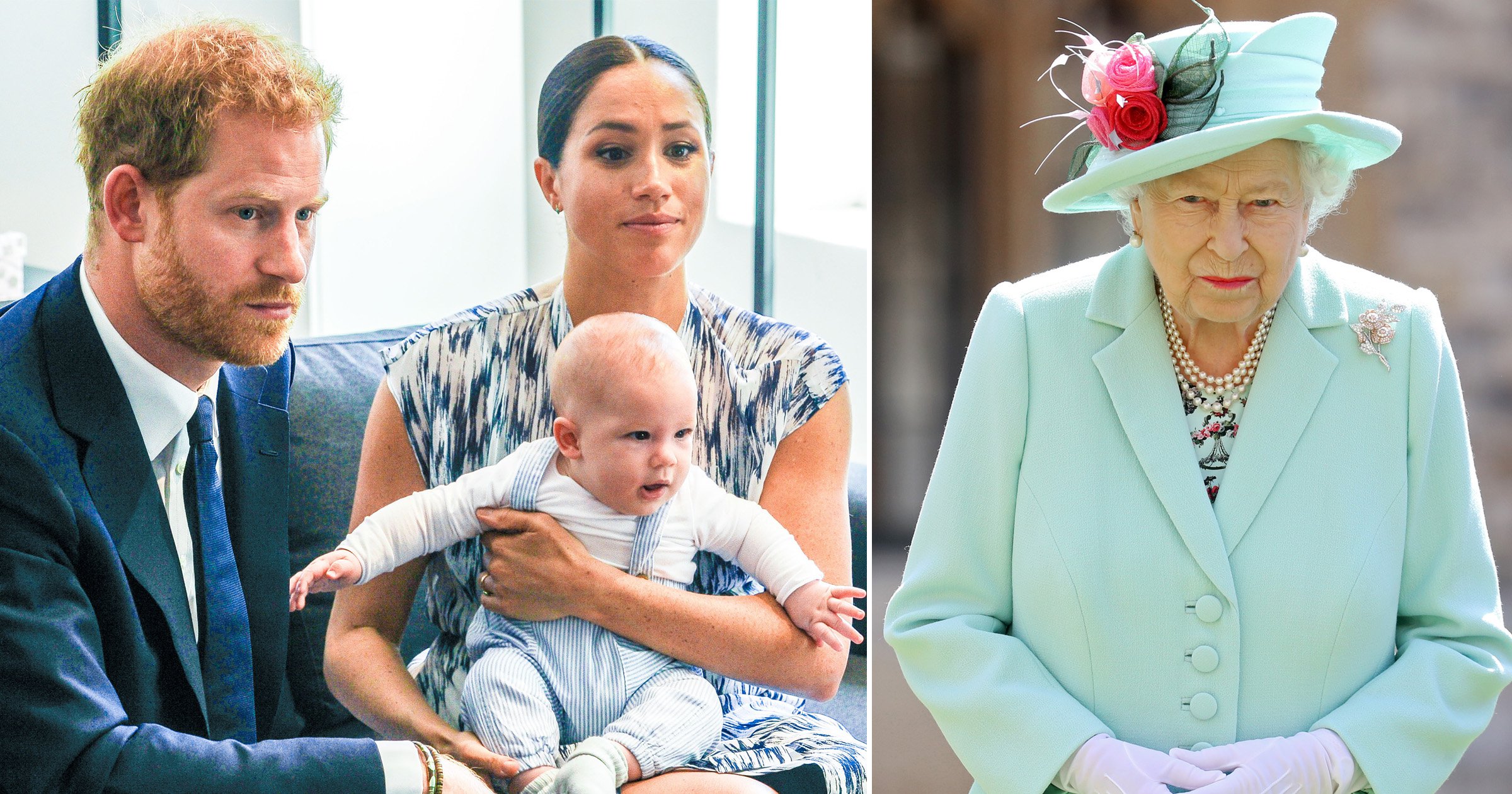 Harry and Meghan have hit back at claims they did not ask they Queen about naming their daughter Lilibet.

A source close to the couple insisted that the duke did discuss his daughter’s name with his grandmother and would never have used it had she not been supportive.

Lilibet was a childhood nickname for Her Majesty only used by her closest family members and late husband Prince Philip.

It was widely reported that the Sussexes did consult the Queen after the news broke that Meghan had given birth to their second child.

But a Palace source gave a different account of events to the BBC, telling the corporation the Queen was ‘never asked’ about its use.

The row has heated up with friends of Harry and Meghan refusing to back down on their version of events.

A source for the couple told The Telegraph: ‘The Duke spoke with his family in advance of the announcement, in fact his grandmother was the first family member he called.

‘During that conversation, he shared their hope of naming their daughter Lilibet in her honor. Had she not been supportive, they would not have used the name.’

It is not clear whether or not the conversation between Prince Harry and the Queen happened before the birth or between the birth and the announcement.

Lilibet Diana Mountbatten-Windsor, a younger sister for the Sussexes’ two-year-old son Archie, was born on Friday June 4 at 11.40am at Santa Barbara Cottage Hospital in California, weighing 7lb 11 oz.

A statement released by the Sussexes on Sunday night said: ‘Lili is named after her great-grandmother, Her Majesty the Queen, whose family nickname is Lilibet.’

Some commentators have suggested the name was meant to be an ‘olive branch’ after recent family feuds.

The couple made an allegation of racism in an explosive interview with Oprah Winfrey earlier this year and said Meghan’s calls for help when she was feeling suicidal were ignored.

Prince Harry also accused family members of neglect and claimed he got no support following the death of his mother Princess Diana.

However, although the duke has spoke about difficulties between him and his father and brother, he said that he had a ‘really good’ relationship with the Queen and they spoke regularly over video call.

The monarch has been introduced to her namesake on a video call, according to People magazine.

A source said: ‘They were very excited and couldn’t wait to share that their daughter arrived.’