Home » Europe » Halloween 2018: Dublin Fire Brigade get 900-plus calls, including cars being driven onto bonfires

Halloween 2018: Dublin Fire Brigade get 900-plus calls, including cars being driven onto bonfires

Dublin Fire Brigade was called out to more than 900 incidents overnight as people across the city celebrated Halloween.

The vast majority of the calls related to illegal bonfires.

“We received 904 ‘999’ calls into our control centre, 368 of these were Dublin fire calls (230 Halloween related) and 365 were Dublin ambulance calls,” the service said this morning.

Speaking on RTE’s Morning Ireland, acting assistant chief fire officer Greg O’Dwyer said that the service’s full fleet of 21 engines and fire personnel were on duty on the busiest night of the year. “It’s exactly on par – on average we have approximately 900 calls each Halloween for the last three or four years, which is at least six times higher than your average Wednesday night,” he said.

He said illegal bonfires allied with some anti social behaviour made up the majority of the calls overnight, while the ambulance calls included a number of serious injuries to hands and eyes from fireworks, including one in the Dolphin’s Barn area of the city.

While he said the number of injuries and amount of anti social behaviour was going down due to an increase in ‘official’ Halloween events, he confirmed there was an incident in which cars were driven onto bonfires overnight. It is understood that happened in the Dublin 12 area.

“That does happen on occasion. Thankfully not very often but it can happen in certain areas but sometimes in the early hours of the morning when fires tend to die down a bit – people will resort to whatever they can to keep them going,” he said.

“The big danger with illegal bonfires is what people throw on to them, the combustible materials, especially gas cylinders and aerosol containers.

Among the incidents dealt with by the fire brigade were a bonfire in Kilbarrack which firefighters said was radiating a lot of heat. Firefighters from Dolphin’s Barn were also called to extinguish a bonfire in the south of the city.

Meanwhile, in Drimnagh a firework was thrown at gardai at around 8pm this evening.

Gardaí confirmed there was an incident on Benbulben Road involving an “accelerant” or “fire work” being thrown at a Garda vehicle.

“At approximately 8pm some type of accelerant or possibly a fire work was thrown at a public order van on Benbulben Road, Dublin 12,” a Garda spokesperson said.

Public order units were deployed to Greenhills in the south of the city to disperse crowds of youths. 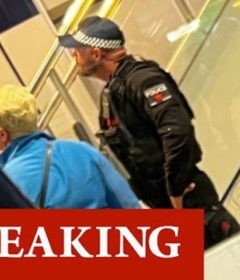 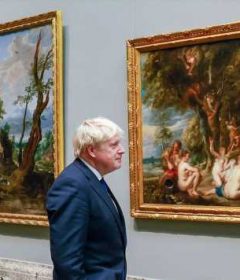