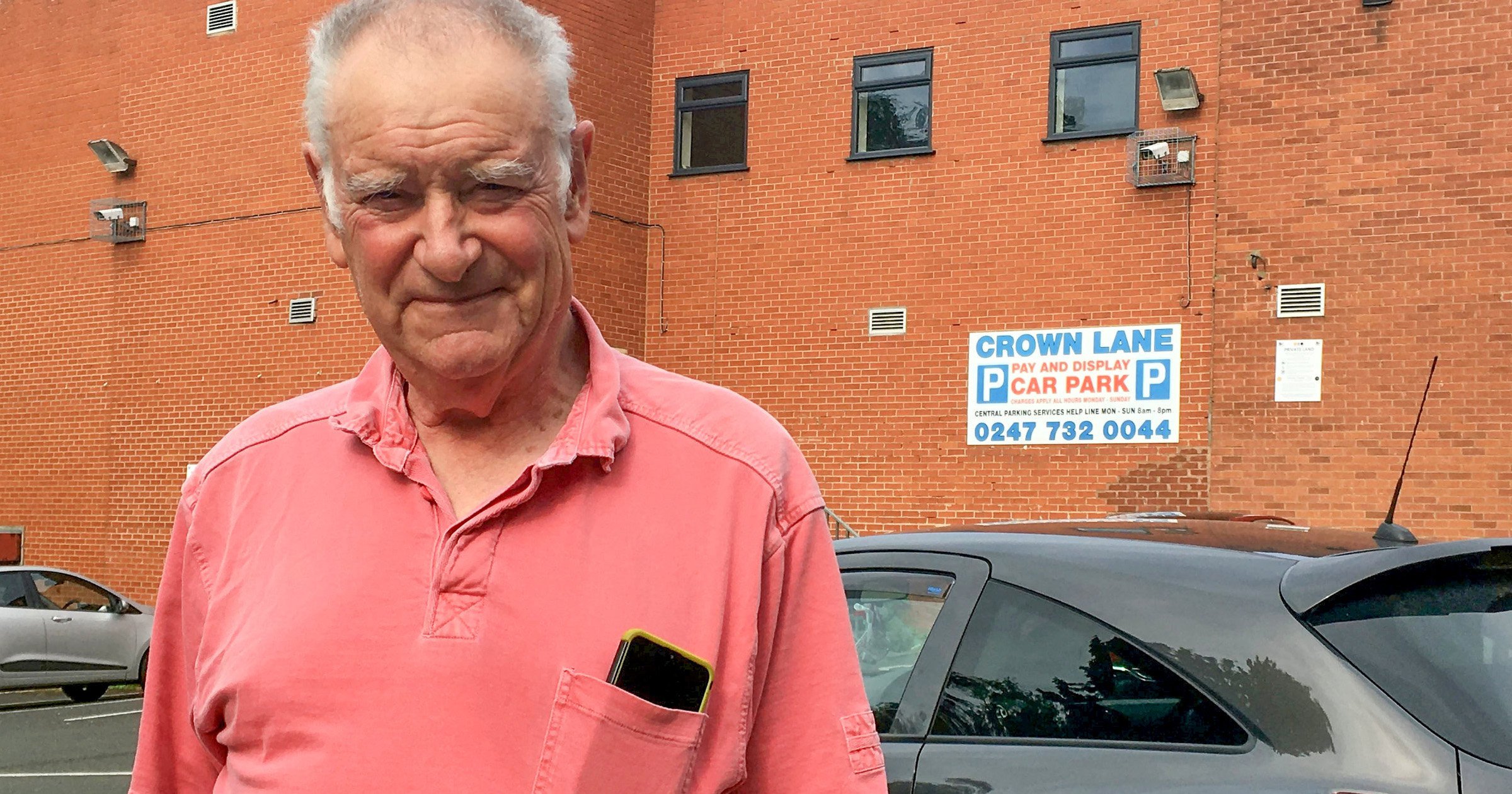 A granddad who was left ‘financially devastated’ after being handed a £272 fine over a 50p parking debt has won a David v Goliath court battle to overturn it.

Retired magistrate Clive Sowerby, 78, refused to pay hundreds of pounds in fines to a private parking firm during a lengthy legal dispute which began in October 2019.

The granddad-of-three was served with a County Court Judgement over the 50p discrepancy when he parked in Crown Lane, Stourbridge, West Midlands.

He had put £4 in a pay and display machine not realising the cost had just been put up to £4.50 and weeks later he was hit with a £60 fine.

Clive wrote to the firm explaining his mistake, but they replied in November 2019 telling him the penalty had increased to £160.

He contacted the firm again and heard nothing back until January last year when they replied to say the case had now gone to court.

Premier Parking Logistics told Clive he had been issued with a County Court Judgement with the fine going up to £272.55.

Clive said the judgement had ruined his chance of applying for a loan to expand the shoe shop business he has run for 50 years.

He also feared the black mark on his credit score would delay his retirement plans and affect how much he could leave to his family in his will.

But defiant Clive continued to stand up for himself and refused to pay the fine, despite concerns over his family’s financial future.

He has now successfully overturned the judgment issued against him following a hearing at Worcester County Court and says ‘finally common sense has prevailed’.

Dad-of-two Clive, of Stourbridge, said: ‘I hate injustice and I love my town.

‘You can’t do anything with a CCJ, it’s really crippling. But I’ve done this for the community.

‘We don’t need people like this doing business in our town and I think people need to stand up for themselves when they know they are not in the wrong.

‘The way the parking company went about their business was both unjust and ruthless.

‘I’ve had to appeal three times and finally common sense has prevailed. Previously it felt like the court were aiding and abetting this kind of behaviour.

‘They simply said at first I had the financial means to pay but I successfully argued the fine was grossly unfair.

‘The signage was shambolic so you could not see the charges had increased. They had put a sticker up over the zero to indicate it had gone up 50p.

‘There was a tree blocking part of the tariff board and another sign about the price rise was just sellotaped to it.

‘There was no intention on my part to avoid paying, we spend around £700 a year parking there, we just didn’t notice the price hike.

‘It has been nice to finally put the parking company in their place and to clear my name.

‘I will have to go to a small claims court to recoup costs but I have enough on my plate looking after my wife who is having chemotherapy for leukemia.

‘This is enough of a victory for now. I know hundreds of other motorists will be in similar situations and it just goes to show justice can be done.

‘But it should also serve as a warning these private parking companies will take motorists to court.’

Premier Parking Logistics said the initial charge was issued for an expired ticket and parking charges had increased months earlier.

A spokesperson said people have 14 days to pay a parking charge notice and 21 days to appeal, adding: ‘He [Mr Sowerby] never responded or sent an appeal to say this was an oversight.’

The spokesperson said if there had been some dialogue in ‘the same week or same day we would have looked at it’ but not months later.