Gigantic cane toad nicknamed 'Toadzilla' may be a record-breaker 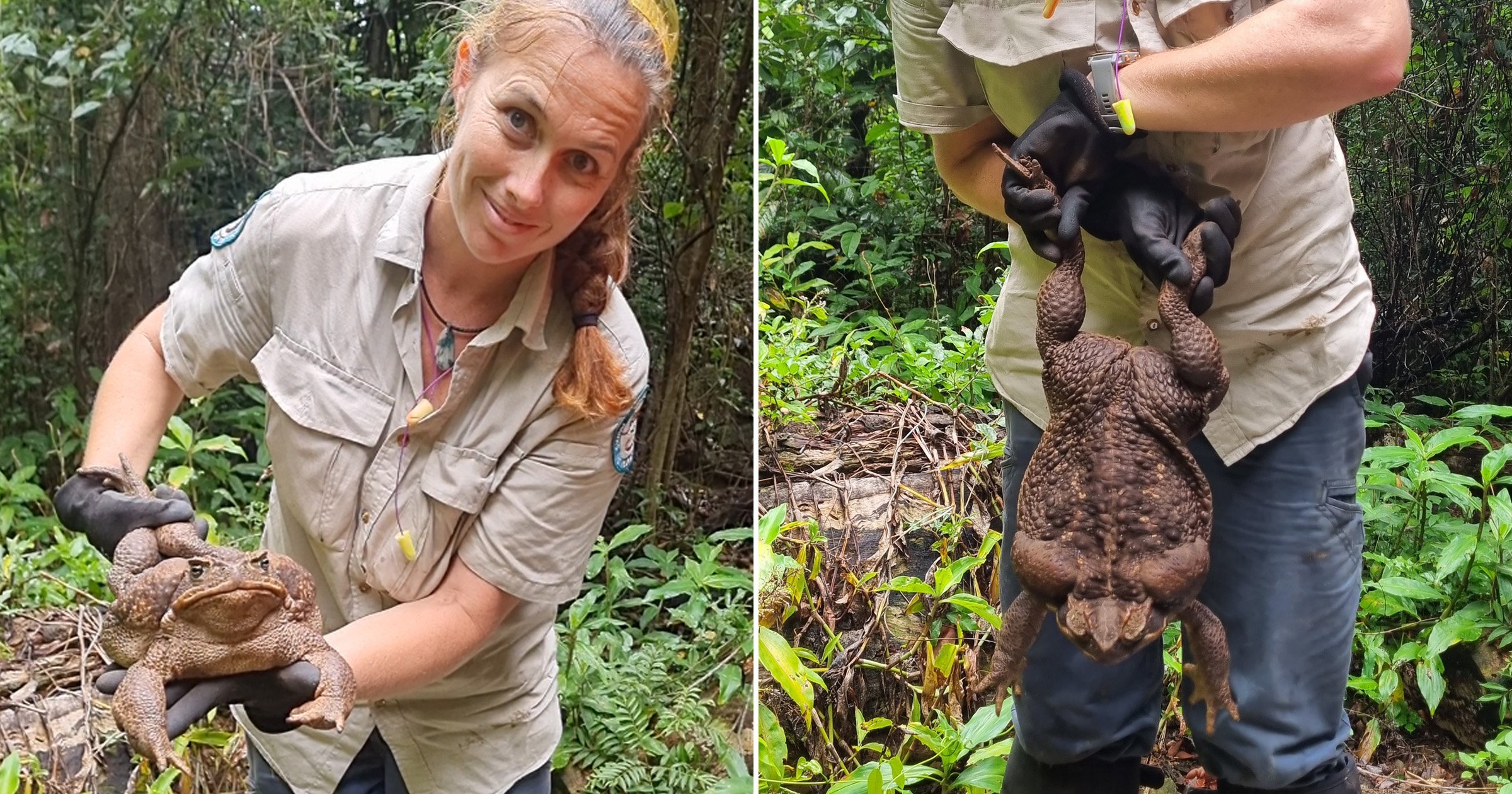 The huge cane toad was found last week in north-west Queensland in Australia and may be the heaviest one ever discovered.

According to the Guinness World Records, the current record holder for largest cane toad, named ‘The Prince’, was recorded in 1991. The Prince was 35cm long and weighed 2.65kg – so Toadzilla could be in with a chance of stealing the crown.

The toad was found by rangers from Australia’s Department of Environment and Science. They were clearing a hiking path in Conway National Park when they came across the monster.

‘[It looked] almost like a football with legs,’ ranger Kylee Gray said.

The average cane toad weighs around 450g – so Toadzilla is six times larger.

Cane toads are one of Australia’s most notorious invasive speices. They usually eat insects and reptiles but will also ‘eat anything that fits in their mouths.’ That can mean they feast on small mammals and birds too.

The creatures are responsible for killing Australia’s native species and are considered a huge pest. Literally, in this case.

Ms Gray said she saw the toad by chance when they stopped their jeep because of a snake.

‘I reached down and grabbed the cane toad and couldn’t believe how big and heavy it was,’ Ms Gray said.

‘We weighed it when we got back to base late that afternoon and we got her at 2.7 kilos which just shocked us, absolutely blew us away,’ she said.

‘We measured her, we got I think 255mm, but I believe the Queensland Museum will be doing their measurements when they receive her.’

Cane toads can live up to 15 years in the wild and, according to Ms Gray, Toadzilla has probably ‘been around for a while’.