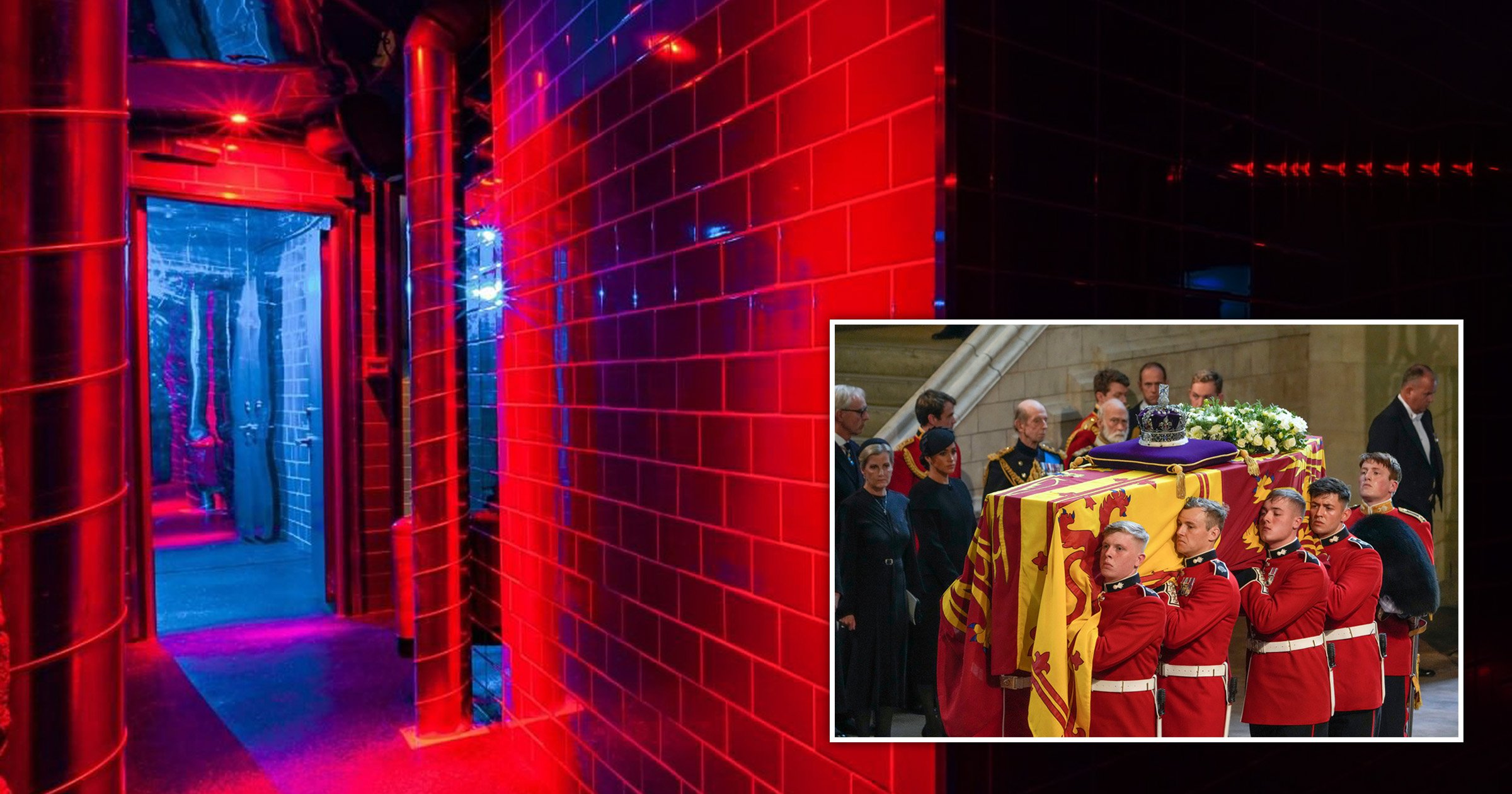 Pleasuredrome Spa has said customers will be able to pay tribute to Her Majesty by raising a toast to the former monarch at the 24-hour spa.

It famously has the title as the ‘only gay venue in the UK that never closes’ and in keeping with that has decided to keep its doors open for the Queen’s funeral.

It even brags online that it doesn’t close any day of the year – not even Christmas Day.

The spa near Waterloo station in London will show a live stream to customers as the Queen makes her final journey from Westminster Hall to Windsor.

It also said as a sign of respect it won’t be playing any music or films, according to PinkNews.

Posting online the sauna said: ‘The staff and management of Pleasuredrome Spa join together in expressing their sense of deep sadness and loss at the passing of Her Majesty, Queen Elizabeth II.

‘In accordance with Government guidance and advice, Pleasuredrome Spa will remain open on Monday, September 19th.

‘As a mark of respect to her late Majesty Queen Elizabeth II, no music will be played within the spa and no films will be shown.

‘The cinema and the main screen will show live events around Her Late Majesty’s funeral throughout the day.

‘Guests at the venue are invited to join us in a toast to His Majesty King Charles III.

‘Drinks, both alcoholic and non-alcoholic, including champagne, will be provided at the cost of the management of Pleasuredrome Spa for the loyal toast.’