Mr Thomas, 44, came out as gay in 2009. He posted a video on Twitter on Sunday thanking the police and people of Cardiff for supporting him following the attack.

He explained that he had decided to pursue restorative justice with the 16-year-old, which allows victims to address the perpetrators about the harm they have caused.

Mr Thomas said he chose restorative justice rather than pressing charges. He said: “I thought they could learn more that way than any other way.” 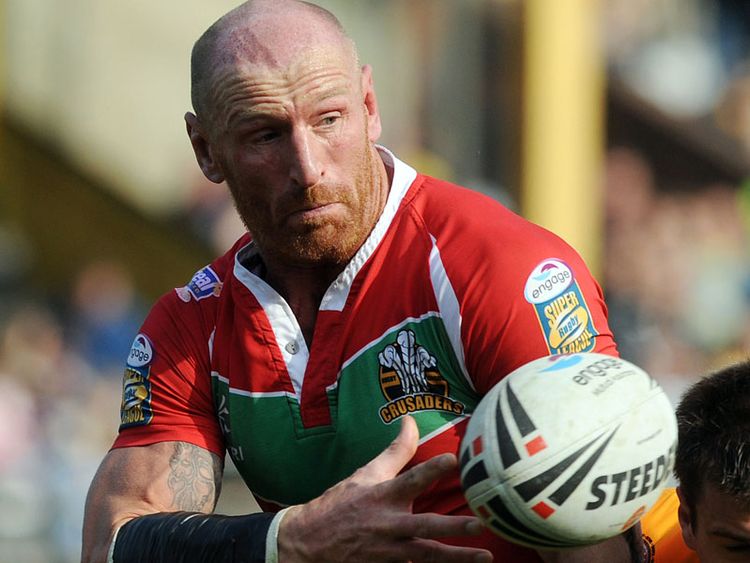 Mr Thomas, who is the second highest try scorer in Welsh international rugby union history, made 100 appearances for the national team between 1995 and 2007.

Explaining the incident in the video, he said: “This morning I have decided to make what I hope will be a positive video. Last night I was the victim in my home city of a hate crime for my sexuality.

“Why I want it to be positive, is because I want to say thank you to the police who were involved and were very helpful and allowed me to do restorative justice with the people who did this, because I thought they could learn more that way than any other way. In a statement, South Wales Police said a 16-year-old boy apologised after Mr Thomas made a complaint regarding the hate crime.

The force said: “We are aware that a video has been posted on social media by former rugby international Gareth Thomas in relation to a hate crime which happened on The Hayes in Cardiff city centre on Friday November 16.

“We can confirm a local 16-year-old boy was dealt with by way of restorative justice following the incident at around 9pm.

“Restorative justice was at the request of Mr Thomas and accepted by the teenager who admitted assault and was apologetic for his actions.”