Officers near Carbis Bay are part of a mammoth security operation to keep the world leaders safe and protected at a five-star hotel. In a bid to humiliate Boris Johnson, who is hosting the international event, demonstrators representing a vast array of causes are planning to rally near the venue calling for change.

Devon and Cornwall Police said around 40 groups who are planning to hold protests during the event, which runs from Friday to Sunday, have contacted the force to make their intentions known.

However, a handful of other groups, including those forming the Resist G7 Coalition, have said they will not liaise with police.

Inspector Nathan Johnson, of Devon and Cornwall Police, said these people represented a “big challenge” for officers and called it a “shame” that some protesters were unwilling to be co-operative.

He said: “We want people to be able to protest and protest in a manner that doesn’t disrupt Cornwall. 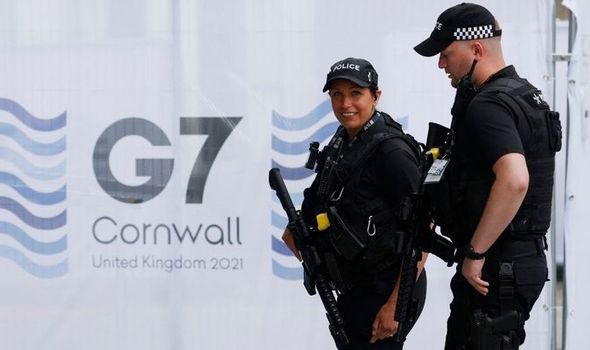 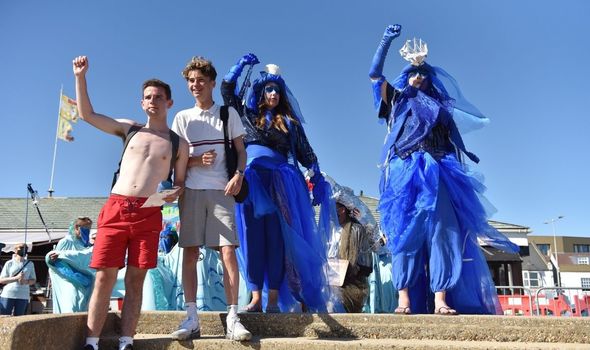 “The big challenges for us are groups who don’t want to engage with the police.

“I think that’s a real shame because we’d like to be able to engage with them, to explain what’s acceptable and what’s not, so that when we do step in and arrest someone because they’re doing something we’ve all agreed is not acceptable, it’s no surprise.

“The geography of Cornwall is challenging. We know in the summer that it can get really busy without protests.” 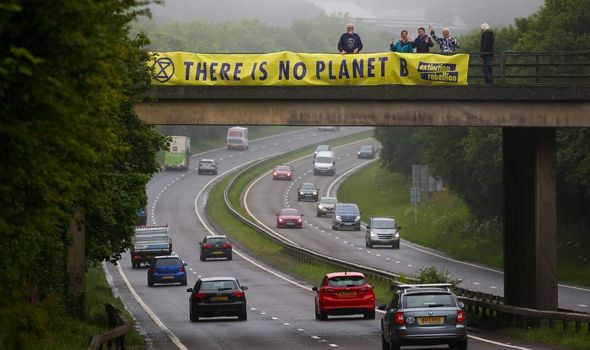 Five thousand officers from police forces across the UK descended on the seaside village over the past week.

Together with 1,500 officers and staff from Devon and Cornwall Police they will work to keep the event secure.

They will be assisted by more than 100 sniffer dogs, but no police horses will be in attendance.

Among those planning to protest is a group of around 80 Extinction Rebellion activists who will today complete their six-day march.

DON’T MISS
Biden’s Secret Service ‘storms’ Cornwall ahead of G7 summit [EXPLAINED]
St Ives G7 restrictions: Every road closure and bus diversion [ANALYSIS]
Where is the G7 summit 2021 being held, when does it start? [INSIGHT] 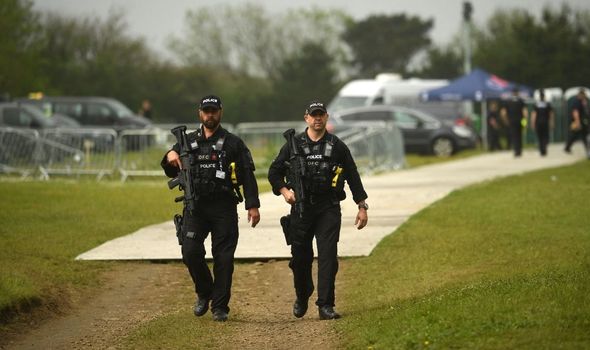 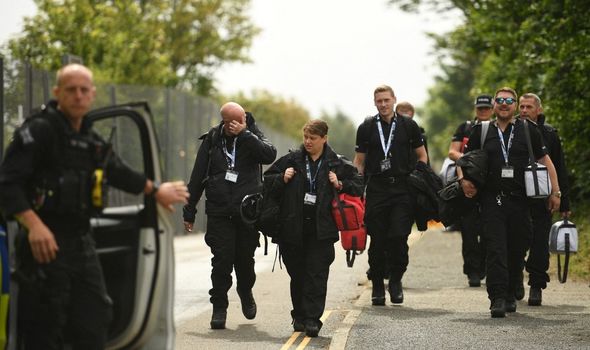 Last Saturday they started marching from Plymouth to west Cornwall, an 84-mile trek.

Sylvia Dell, from Extinction Rebellion, said dealing with a climate emergency “has to be the top priority” for world leaders at the meetings and pointed to how “particularly vulnerable” Cornwall appears to be.

“In a world where sea levels are rising, the beaches that tourism rely on could well be washed away.

“Cornwall is particularly at risk from these additional pressures brought about by climate change.

“It’s not something that we can vaccinate against, if we reach the tipping point and we are very close, then there is no coming back.”

On Wednesday US President Joe Biden flew into the UK for his first overseas trip since entering the Oval Office in January. 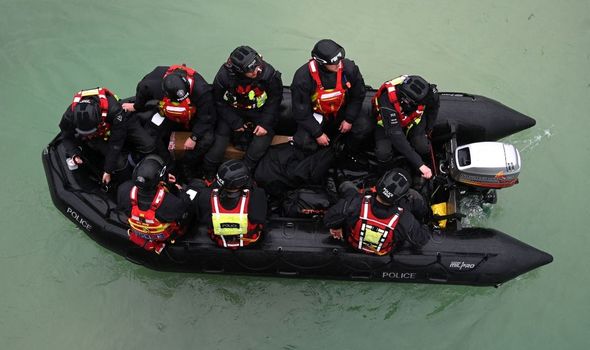