Fury over Charles Bronson’s fresh bid for release from jail 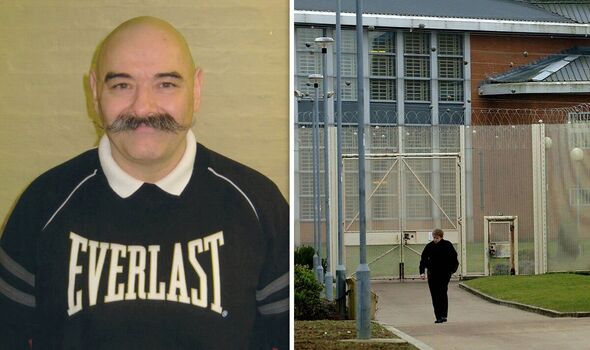 Charles Bronson wants an early release from jail – and his son is hoping strangers will fundraise more than £32,000 to buy him a caravan.

Britain’s most notorious prisoner, aged 69, is expected to appear before a public parole hearing in March. The father has spent four decades behind bars for armed robbery and attacks on other inmates.

But Bronson, who grew up in Luton, Bedfordshire, intends to prove he is no longer a danger to the public.

His son George Bamby-Salvador claims Bronson “has not been violent or aggressive for nearly 10 years” and hopes to raise enough money to buy a caravan for his dad in Devon.

Writing on a JustGiving page, George said: “On March 6, 2023 Charles Bronson (now known as Charles Salvador) will be standing in front of the UK parole board with the hope of finally being released from custody and given the chance at freedom that he so much deserves.

“Charlie is no longer an aggressive criminal, he is a born again artist who has spent the majority of his prison life in segregation doing his artwork.

“He has not been violent or aggressive for nearly 10 years. He is 70 years old in a few months and just wants to get out of prison and enjoy his remaining years as a pensioner, living in a caravan in Devon by himself near his family.

“I am organising a fundraising campaign to pay for Charlie to buy a caravan in Devon when he is released from prison, hopefully on March 6, 2023.

“We are very hopeful that he will be released at this parole. If he isn’t, we will be using the caravan to give free holidays to families that don’t have much money, until the day he is released.”

Bronson wants the Parole Board hearing to be held in public so he can show he has changed, reports Mirror.

But, even in 2014, he smeared himself with butter to attack 12 prison officers because Arsenal won the FA Cup.

Writing on social media after Bronson’s plea, social media users shared their ire and claimed the prisoner shouldn’t be released.

One posted: “Go funding criminals caravans…. Whatever next. I hate what this world has become.”

Another wrote: “I do not think he should get parole. I would not want him living near me if I lived in Devon.”

A third stated: “He should never be released.”

However, others argued Bronson – who changed his name to Salvador behind bars – should be allowed out of prison because they claim he has rehabilitated there.

A Facebook user wrote: “He should be given a second chance. He’s served 40 years for his crimes, which doesn’t excuse him from all the bad he did but doesn’t that earn a second chance?”

Another shared: “He should be freed now. He’s not a killer. Murderers and rapists have served way less than he has. I feel sorry for him a bit.”

Charles Bronson releases a song from inside prison in 2021

In a call from his prison cell in HMP Woodhill in Buckinghamshire last year, he said: “My last nearly five years, my reports have been excellent, I’ve changed, I’ve become an artist, I have rehabilitated myself.

“I’m planning to live in Devon away from all the crime and all the villains.

“Who have I killed? Who have I raped? Who am I a danger to outside? Nobody.”