The letter was sent by Congressman Jason Smith who represents Missouri’s 8th congressional district in the House of Representatives. He argued as both Harry and Meghan are still members of the British Royal Family their political comments amount to “an inappropriate act of domestic interference” by the UK.

Mr Smith wrote: “By allowing the Duke and Duchess of Sussex to retain their titles, and these political comments to continue, the British Government is effectively condoning interference in the 2020 United States Presidential Election from officials at the highest level of the British establishment.”

Meghan meanwhile brandied November’s poll “the most important election of our lifetime” and urged American to register to vote.

In the letter to Dame Karen Pierce, the British ambassador, Mr Smith said: “I am writing to express concern with Their Royal Highnesses The Duke and Duchess of Sussex and their continued interference in the United States presidential election. 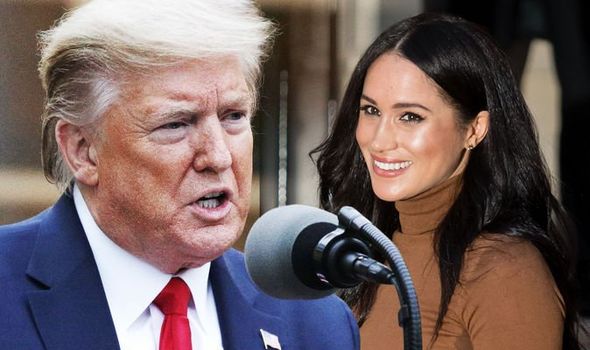 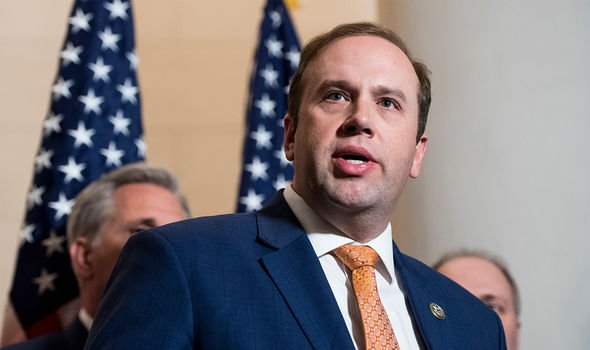 “As you know, the British Royal Family has long observed a policy of strict neutrality in regard to political matters.

“I am therefore concerned by the Duke and Duchess of Sussex’s recent comments regarding the United States Presidential Election, especially given international conversations surrounding foreign interference in our election and the Duke’s status as a guest of the United States.

“These actions represent a serious breach of the British Royal Family’s policy of political neutrality and an inappropriate act of domestic interference by one of our closest allies.” 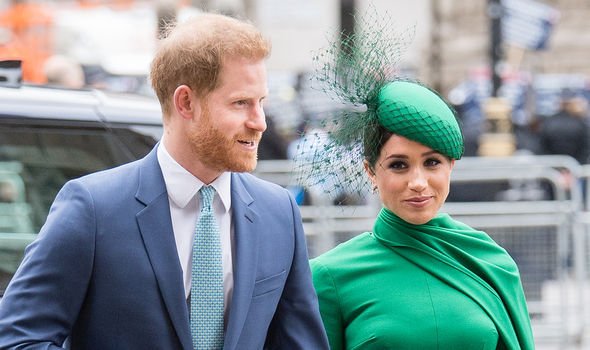 He singled out Harry’s criticism of “hate speech” and Meghan’s comment that the vote is “the most important election of our lifetime” as examples of interference.

The Duke and Duchess stepped down as working royals earlier this year, but they remain members of the Royal Family.

They are still entitled to use the “HRH” prefix though both have agreed not to.

During a White House press briefing last month President Trump was asked by a reporter on his response to Harry and Meghan “essentially encouraging people to vote for Joe Biden”. 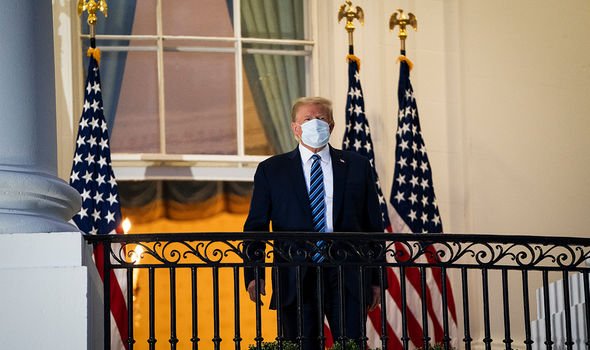 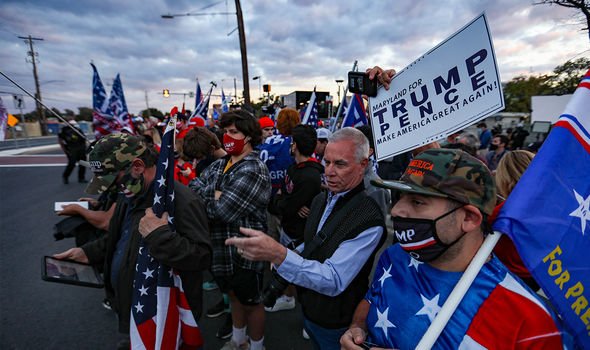 He replied: “I’m not a fan of hers. And I would say this — and she probably has heard that — but I wish a lot of luck to Harry, because he’s going to need it.”

In response to Harry and Meghan’s comments royal officials insisted they had been made in a personal capacity and didn’t represent the views of the wider Royal Family.

However Mr Smith rejected this arguing: “The titles and privileges they retain by permission of Her Majesty the Queen, given with the advice and consent of her government, prevent the Duke and Duchess from separating comments made in a personal capacity from their official position within the British Royal Family.”

Harry and Meghan are currently living in a recently purchased £11.2million house to the north of Los Angeles.

As a foreign national the Duke is not entitled to vote in the election, nor could he vote in UK elections due to his royal position.

However Meghan, who retained her US citizenship after joining the Royal Family, does have this right.

Following Harry’s comments royal biographer Robert Jobson told the BBC “it would be better” for him to leave the line of succession to “avoid further confusion”. 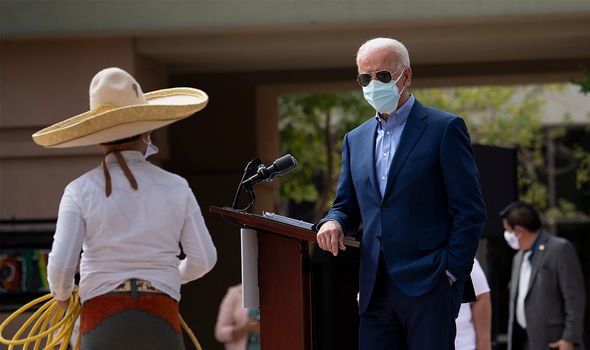 Good Morning Britain co-presenter Piers Morgan argued the Queen should strip the Duke and Duchess of their titles after the comments.

Americans go to the polls on November 3 to select their next president, though due to coronavirus an unprecedented number are expected to vote early by postal vote.

Joe Biden, the Democratic Party candidate, is currently favourite to defeat Mr Trump for the presidency.