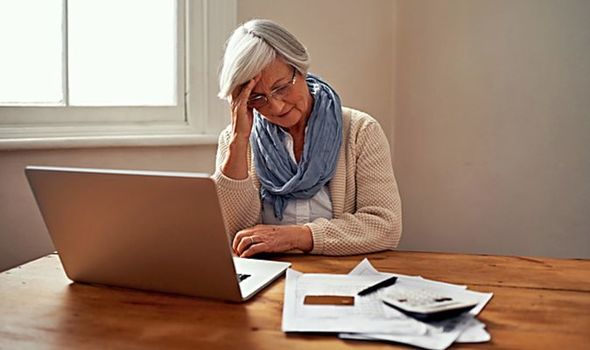 A staggering £413million disappeared in 189,000 cases between May 2019 and the end of last year. Consumer group Which? said only 46 percent of the losses – just under £190million – has been repaid since a voluntary industry code on reimbursement was introduced in 2019. The code makes it clear that if the customer is not at fault, then they should be reimbursed.

But Which? said it has repeatedly found banks incorrectly deciding not to return losses.

This includes cases where victims are subjected to fraudsters’ highly sophisticated tactics, or where banks have not done an effective job of warning customers about the threat of being scammed.

Evidence suggests some of the same banks that helped create the code are now choosing to interpret it so as to avoid reimbursing victims, sad consumer group Which?

Spokesman Gareth Shaw said: “Despite huge sums being lost on a daily basis, low reimbursement rates based on inconsistent and unfair decisions by firms demonstrate how the voluntary code isn’t providing the safeguards promised to victims of bank transfer scams.”

The consumer group is calling for changes so that mandatory standards of customer protection are introduced to provide “fairer and more ­consistent” outcomes for people who have lost potentially life-changing sums of money.

Which? believes that the Payment Systems Regulator must be able to effectively enforce these standards to end firms “unfairly pointing the finger of blame” at customers to avoid ­reimbursing their money.

The group also wants better ­transparency into how banks are handling cases of bank transfer fraud to give consumers the opportunity to see how their bank is treating victims of the crime, and how they are tackling the issue.

Mr Shaw said: “Two years on from the code’s introduction, it is clear that the Payment Systems Regulator must now take decisive action to prevent the continued devastation caused by this type of fraud.

“It needs to introduce mandatory standards of consumer protection for all banks and payment providers, and require greater transparency from firms on how they are dealing with this crime.”