France hits back at UK’s Royal Navy pledge to stop migrants: ‘It won’t change anything!’

Speaking on BBC Radio 4’s Today programme, French MP for Calais Pierre-Henri Dumont said deploying the Royal Navy in the English Channel will not stop migrants from attempting to cross it illegally to reach the UK. In a slapdown of Priti Patel’s latest pledge to the nation, the French MP said the plan “won’t change anything”. He blasted: “I see it as a political point from the British Government having the Royal Navy in the Channel to fight against illegal immigration.

“But I don’t see what it could do technically speaking. What are they going to do if there is a small boat trying to enter the British waters?

“Is the Royal Navy going to shoot the small boat to prevent these migrants entering the British waters?

“Is the Royal Navy going to enter French waters before the migrants trying to cross and arriving into English waters? So basically this won’t change anything, clearly.

“This is a political measure to show some kind of muscle to fight against smugglers and illegal crossings in the Channel.

“But technically speaking, that won’t change anything.” 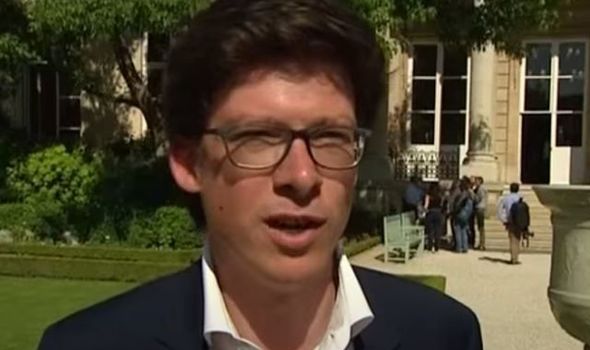 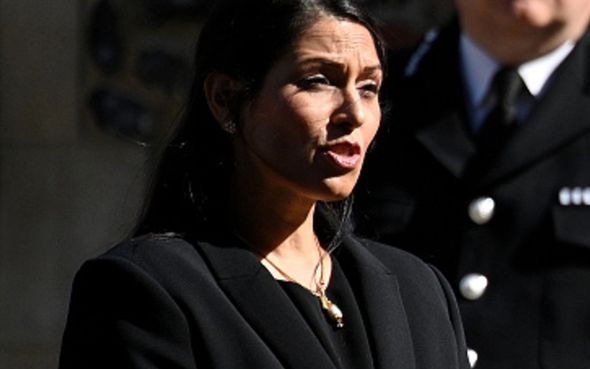 It comes as an inflatable dinghy carrying around 20 Syrian migrants has been met by Border Force off the coast of Dover.

The packed vessel had been making its way across the English Channel on Monday morning, with those on board seen waving and smiling on their journey.

They were met by the Border Force patrol boat Hunter at about 7.15am with the White Cliffs in sight.

More than 4,000 migrants have now reached the UK in 2020 by crossing the dangerous Dover Strait in small boats.

Monday morning’s crossing comes after more than 677 people made it to the UK in a surge of crossings between Thursday and Sunday.

This comes despite Home Secretary Priti Patel’s vow last year that the crossings would have become an “infrequent phenomenon” by now.

The Home Office is facing criticism in recent weeks and the Government has been accused of being “increasingly chaotic” in its handling of the crisis.

An official request has been made to the Royal Navy for help and a former Royal Marine has been appointed “clandestine Channel threat commander”.

Asked if the Navy should be involved, Care Minister Helen Whately told BBC Breakfast: “We need to bring this to an end.

“The Home Secretary’s determined that this will not be a viable route to the UK and my colleague, Home Office Minister Chris Philp, is going to be in Paris later this week to talk directly with the French government about working together to stop this transit.”

At least 65 migrants made it to the UK on board four boats on Sunday, the Home Office said. 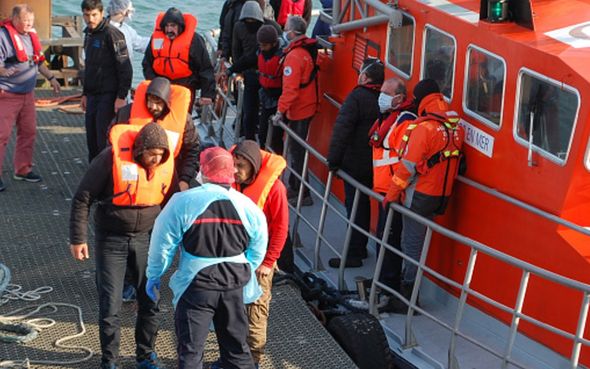 Dramatic pictures and footage from the PA news agency show a boat carrying around 20 migrants wearing lifejackets motoring across the Channel.

At least one woman was among their number.

The journey can be dangerous in the best of weather, but seas early on Monday were choppy.

One migrant could be seen bailing out water with a plastic container from the boat, which sat low in the water, while another was spotted smoking a cigarette.

When asked how they were, many of the migrants put their thumbs up and replied that they were OK.

As they drew within sight of Dover they were met by Border Force, and it is expected that they will be taken ashore later on Monday.