Newly unearthed footage has revealed Prince Harry speaking to Lion King director Jon Favreau and pitching his wife Meghan for a Hollywood role. Meghan Markle adds afterwards that the chance to “pitch” to the top Hollywood elites was “really why we’re here”. The astonishing footage took place when the Duke and Duchess of Sussex attended the premiere of The Lion King in London last year.

Now, footage captured just moments after this has emerged, with  the couple talking to the film’s director Jon Favreau, star Beyoncé and her rapper husband Jay-Z.

In the video, Harry tells Mr Favreau: “Next time, anyone needs any extra voiceover work. We can make ourselves available.”

JUST IN: Why Harry and Meghan deal will be heartbreaking for the Queen 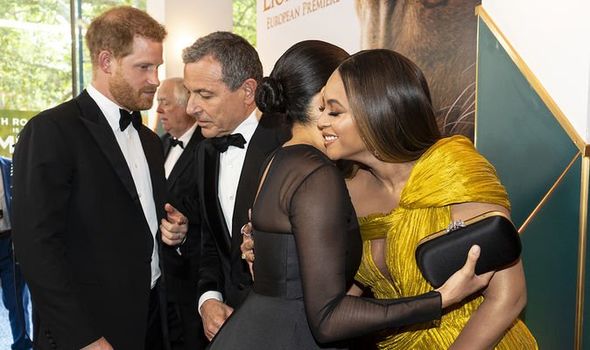 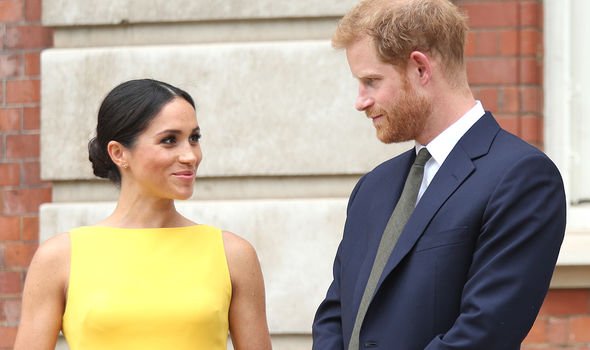 Harry adds “just not Scar” in a reference to the villain in The Lion King franchise.

The Prince’s remarks at the event seemed to even take Disney boss Bob Iger’s wife Willoy Bay by surprise.

The footage has raised questions over when the couple decided to step down from their roles as senior royals.

The conversation took place in July, just months before Meghan was hired to work on a Disney project in exchange for a donation to the charity Elephants Without Borders. 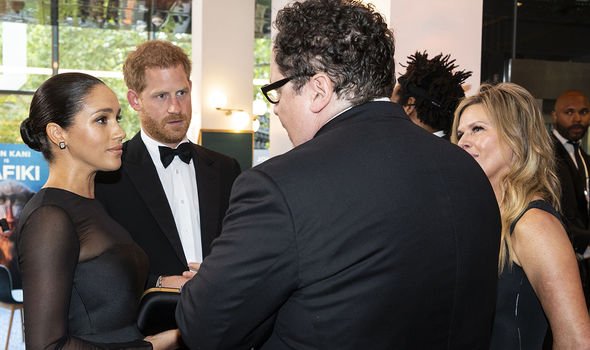 Viewers of the footage online described the royal’s “pitch” to the Hollywood stars as “cringy”.

Another added: “This is very pathetic for a prince to do.”

One user tweeted: “They are literally begging for jobs from everyone at the premiere. What a disgrace.”

On Saturday, Netflix confirmed its interest in working with the two royals.

Speaking at an event in Los Angeles, the streaming giant’s chief content officer Ted Sarandos said: “Who wouldn’t be interested? Yes, sure.” 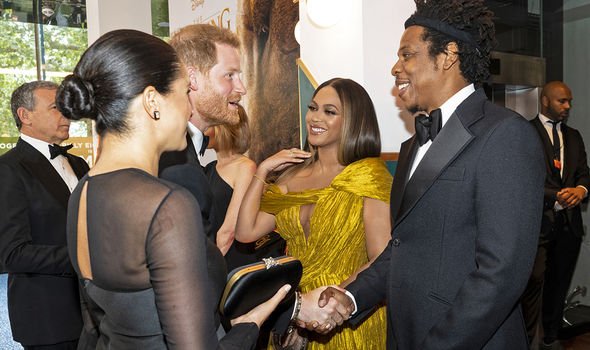 Canadian commentator Mark Steyn called the Lion King encounter as “the lowest point” in royal history “in the last 100 years”.

Mr Steyn told Fox News: “I think of all the pathetic things that the Duke of Windsor did after he abdicated when he entertained wealthy Americans and gave them a sort of pseudo glimpse into Royal life.

“That’s nothing like actually touting your wife as available for Lion King 7 or whatever it is.”

On Saturday, it was announced that the couple would be giving up their HRH titles and would be known as Harry, Duke of Sussex and Meghan, Duchess of Sussex.