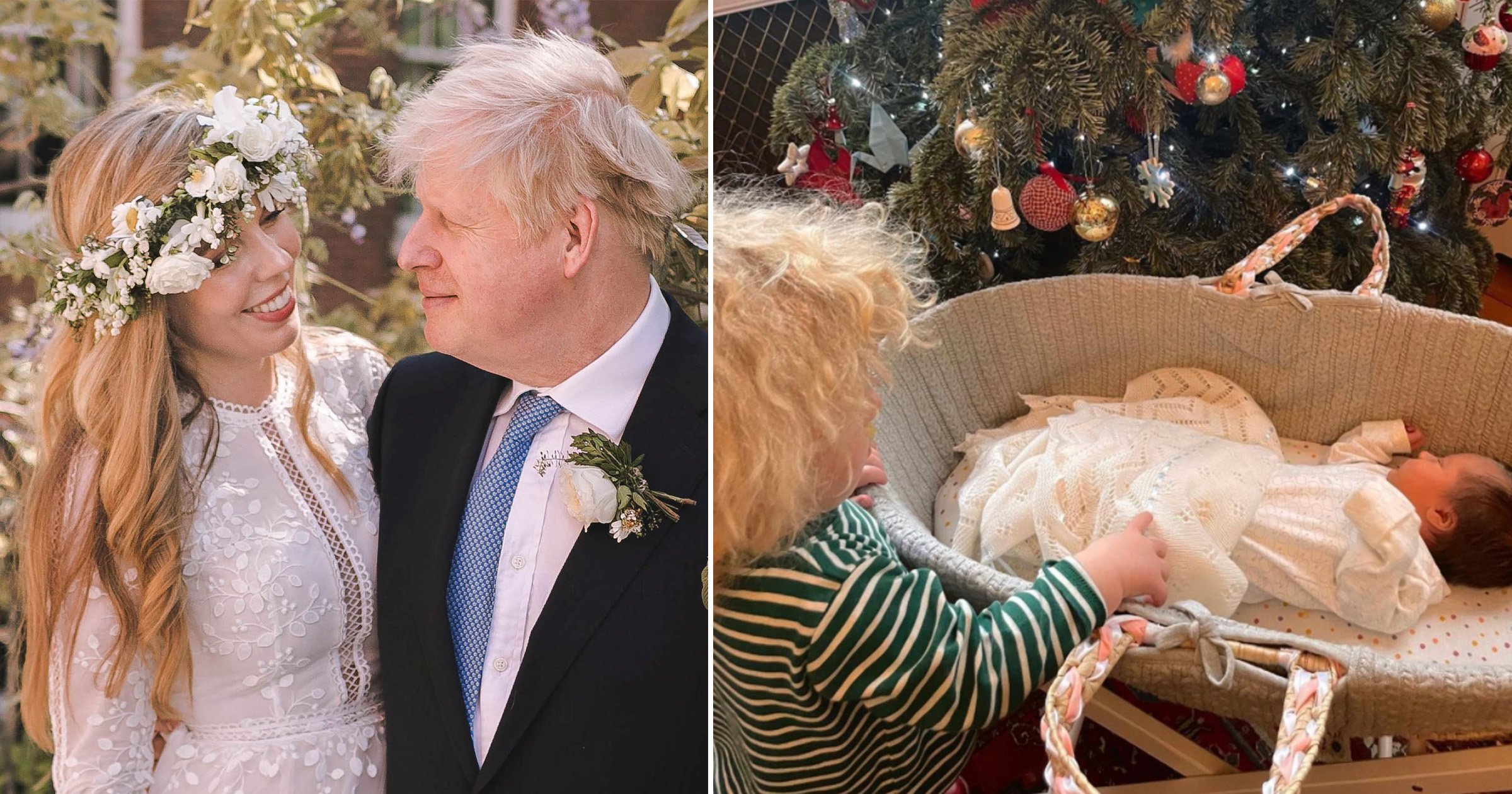 Boris Johnson and his wife Carrie have shared the first picture of their new daughter and revealed she’s been named Romy.

The Prime Minister’s wife updated her followers on Instagram today, after the birth of her second child last Thursday.

Carrie, 33, said Romy was picked after her aunt Rosemary, Iris for the Greek word for rainbow, and Charlotte after Mr Johnson’s late mother.

The post appeared minutes after her husband revealed the name while speaking to the press during a visit to a vaccination centre in Kent.

He was asked about the name by a woman who also appeared to be a new mum as she was sat with a pram waiting in line for a jab.

The couple announced the birth of a ‘healthy baby girl’ at a London hospital on December 9.

Carrie said their son, Wilf, has been ‘stroking Romy’s hair, giving big kisses and playing with his matchbox cars right next to her crib, just in case she feels like joining in too.’

She thanked the maternity staff at University College London Hospital for ‘looking after us so well’, adding: ‘we are so so grateful.’

Romy was born in the midst of a political storm prompted by revelations of rule-breaking parties and gatherings held at Downing Street and other government and Conservative Party buildings last year.

Her father has also faced difficult decisions on what to do about the spread of the latest Covid variant, Omicron, which many fear will be the worst yet.

The Prime Minister is thought to be taking some time off to be with his family over Christmas but will not take formal paternity leave.

Romy is his seventh child – he has four from his previous marriage to Marina Wheeler and another daughter with art consultant Helen MacIntyre.

He’s previously had to clarify that he pays all the childcare costs for Wilf, after accusations he approached wealthy Conservative Party donors for help paying for a nanny.