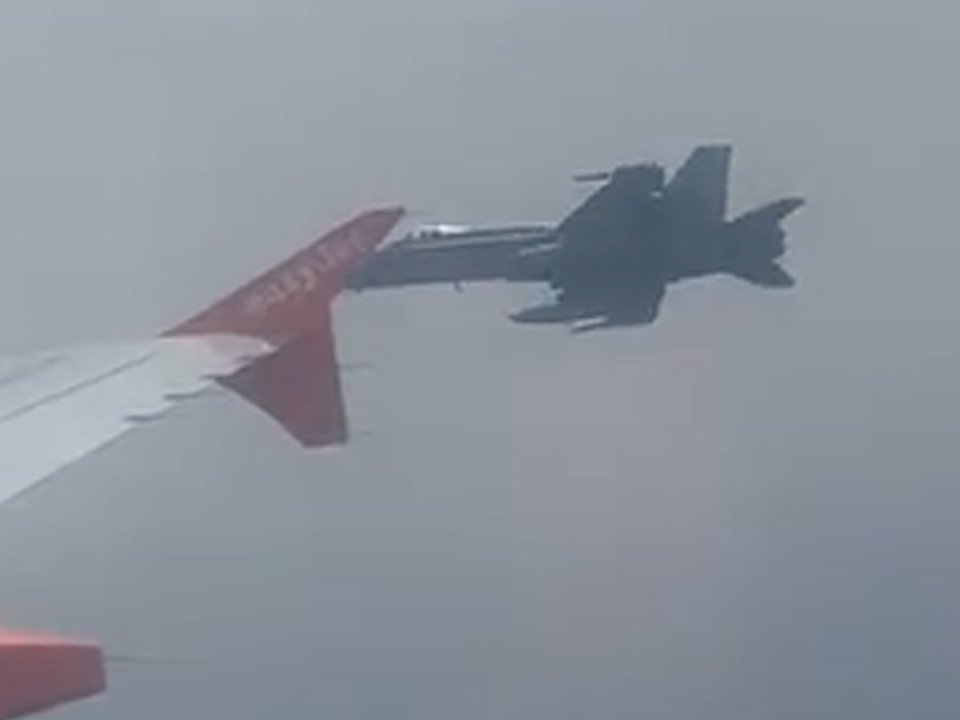 EasyJet passengers were left stunned when they realised their plane was being escorted by Spanish fighter jets.

Footage shows the F18 warplane flying closely beside the A319 carrying holidaymakers from Gatwick to Menorca.

EasyJet has confirmed the unusual incident, saying the plane was intercepted due to ‘precautionary security checks’.

Travellers were reportedly held on the runway for four hours after it landed half an hour late on the Spanish Balearic islands.

The F18 fighter jet is famous for being flown by Tom Cruise in Top Gun.

An easyJet spokesman told The Sun: ‘easyJet can confirm flight EZY8303 from London Gatwick to Menorca was escorted by military aircraft while landing in Menorca and delayed disembarking due to precautionary security checks.

‘The passengers have since disembarked.

‘The safety and security of its passengers and crew is always easyJet’s highest priority and we would like to thank passengers for their understanding.’