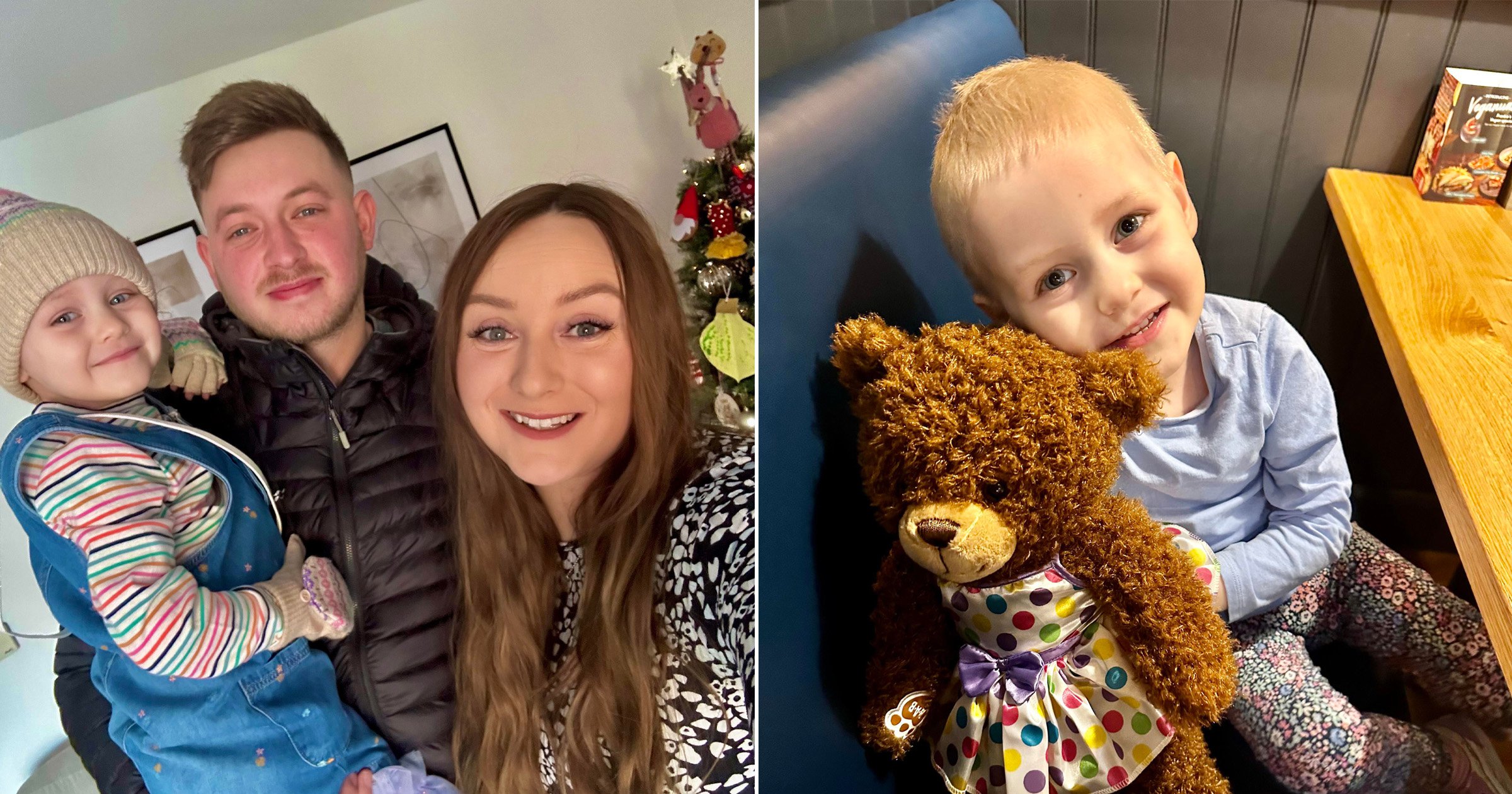 A family is determined to make some final memories with their little girl who was diagnosed with terminal cancer.

Lily Harvey, 3, was diagnosed with a rare form of the illness last year called ependymomas, which grows on the brain and spinal cord.

Dad Josh Harley, 27, said: ‘During Christmas 2021, we were with my family and they noticed that Lily was acting differently.

‘Her head was tilted and she was walking strangely. At the time, we thought she’d just slept on her neck funny, but we soon saw that something wasn’t quite right.’

Her parents, from Louth in Lincolnshire, took Lily to Grimsby Hospital and were told it was likely just a sprain in her neck.

But when she didn’t improve, she went for CT scan and then an MRI.

‘It was then that we found she had a tumour at the bottom of her skull just above her spinal cord,’ Josh added.

Lily was sent straight to Sheffield Children’s Hospital where she had two 10-hour operations to remove the tumour.

Josh and mum Emily Morton, 26, were then asked if Lily would take part in a clinical trial in Germany.

The child underwent 32 different treatments in the city of Essen and it appeared as if she had beaten the cancer completely.

‘Chemo is awful for anyone, especially a three-year-old little girl, but she coped really well,’ Josh added.

An MRI in October came back clear – but another check-up last week showed the cancer had returned.

It picked up a number of new tumours at the base of her back, on her chest and in parts of her brain fluid, and unfortunately this time it can’t be treated. She has been given just months to live.

Josh said: ‘When they told us, Emily and I were devastated. Me being a bloke, it sort of went in one ear and out the other, I was trying to listen to what we were being told.

‘The hardest part of it all has been telling our family though. When you get the news you try to digest it and you can cope with that, but telling everyone was horrible, especially as we thought the MRI would come back clear.’

The family has now set up a GoFundMe page to make the most of the time Lily has left.

Currently at more than £40,000, it was intended to take her to Disneyland but her parents will use it to make more memories with her, and also to give her a big send-off at her funeral.

Thinking about life without Lily, Josh said: ‘It overcomes me sometimes. I’ve spoken to Emily about how we’re going to cope and we’ve already decided we’ll need to move as there will be too many bad memories in here.

‘We both said that when she goes there is just no chance we can stay here. We’ve got no other kids which makes the whole thing even more heart-breaking.

‘It will take time to get used to not having her here, especially when I come home from work and she isn’t there waiting for me.

‘I’m hoping, as well as giving her the best send off we can, this goes some way to raising awareness about Lily’s cancer and shows how dangerous it is.’